The latest PPI inflation figures for Germany, which measure the prices paid by producers, were a huge surprise. The most pessimistic forecasts were beaten: with more than 31%, the German PPI surprised those who expected some respite. Inflation is accelerating, driven by an energy crisis that now threatens to push Europe's leading industrial power into a severe recession. The poor PPI figures anticipate a continuation of the rise in prices paid by consumers. The CPI price index has a huge amount of catching up to do with the PPI. This summer's price shock may be the first time since 1929 in Germany. 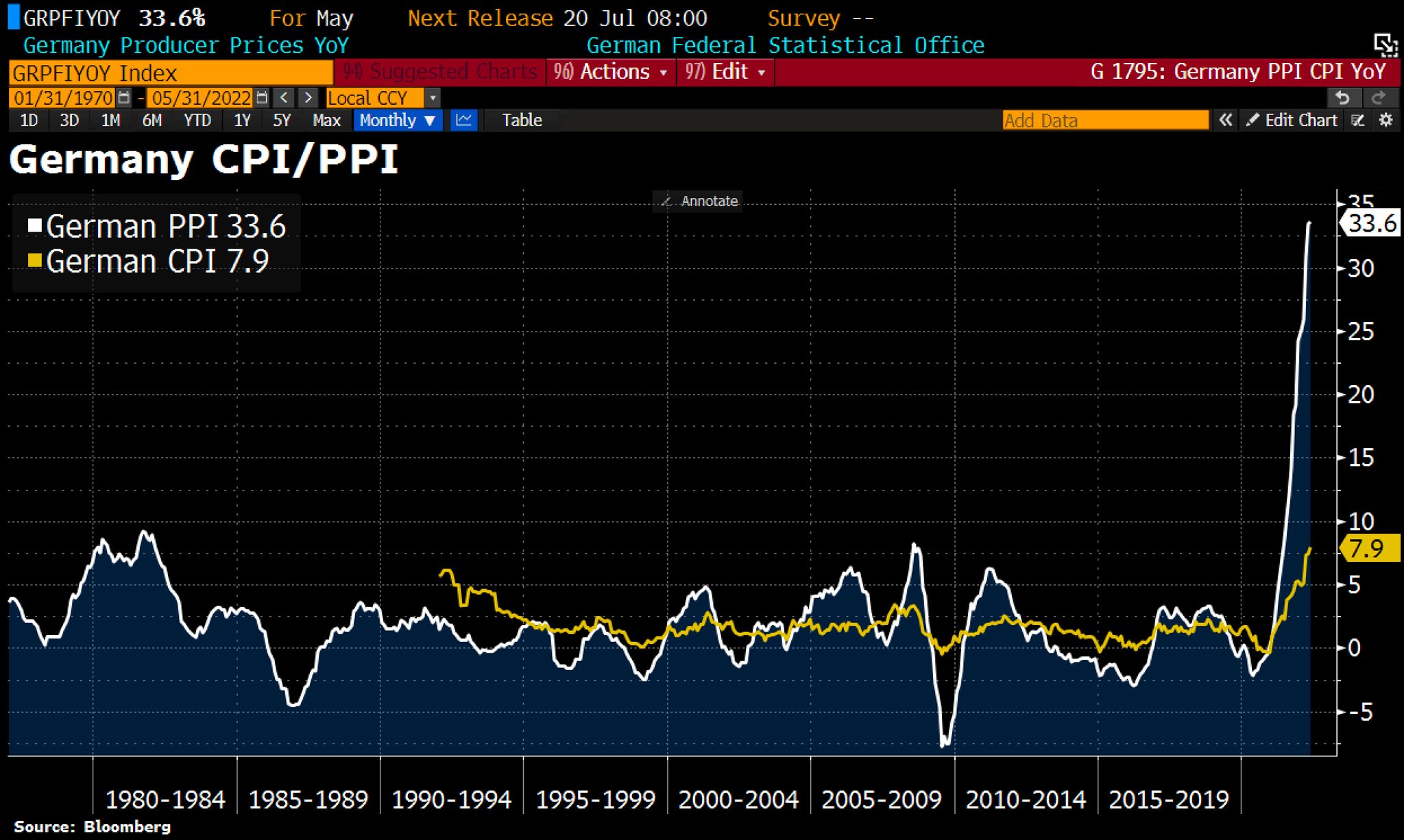 Under these conditions, it is difficult to imagine how the ECB will be able to maintain its accommodating stance next fall. Madame Lagarde will be under enormous pressure: she will soon be torn between the Germans, who want to raise rates urgently in the face of the spectre of inflation, and creditors in the countries of the South, who want to avoid a credit event in the face of rising government bond rates. The task of reconciling North and South was already difficult without inflation... the mission becomes almost impossible with such high inflation levels in Germany!

Inflation levels in Europe are gradually catching up with what we have been seeing in the US for the past six months. Even if the American consumer has resisted rather well to the sudden appearance of inflation, notably thanks to the massive recourse of credit, the inflationary acceleration of the last few weeks is starting to depress him strongly: the index of household morale published by the University of Michigan is at an all-time low, at levels even more depressed than those reached during the last three financial crises! This inflationary shock is such that it has an even more devastating effect on morale than a financial crash!

This drop in consumer sentiment is particularly affecting sectors that are sensitive to rising interest rates, such as real estate.

Nearly 80% of Americans think that now is not the time to buy a property. A very worrying figure for the sector when compared to the last ten years: 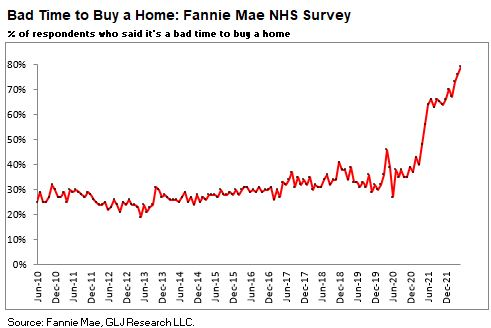 The inflationary shock is breaking the engine of global growth: the American consumer is throwing in the towel.

This change in sentiment is fundamental, as it affects the level of access to credit. As we have seen in the last few weeks, banks have exceptionally loosened credit conditions to support consumption. Fintechs have also massively contributed to this boom in consumer credit, which has returned to pre-Covid-19 levels. Americans have exhausted the reserves built up during the lockdowns, and their consumer credit burden now weighs even more than before the crisis:

This unbearable burden and the acceleration of inflation are weighing on confidence.

The American consumer is already at the end of his rope. The burden of their debt, coupled with a historic increase in the cost of everyday consumer goods (gasoline in particular), is likely to bring their spending plans to a screeching halt in the coming weeks.

The entire system relies on this consumption engine. It drives the primary function of creating new debt, and this creation is essential to keep the whole system running.

Without fiscal or monetary intervention, the engine that must not be stopped is threatened with another breakdown, two years after the Covid crash.

Over the past fifty years, sharp declines in consumer confidence have always coincided with periods of gold buying: 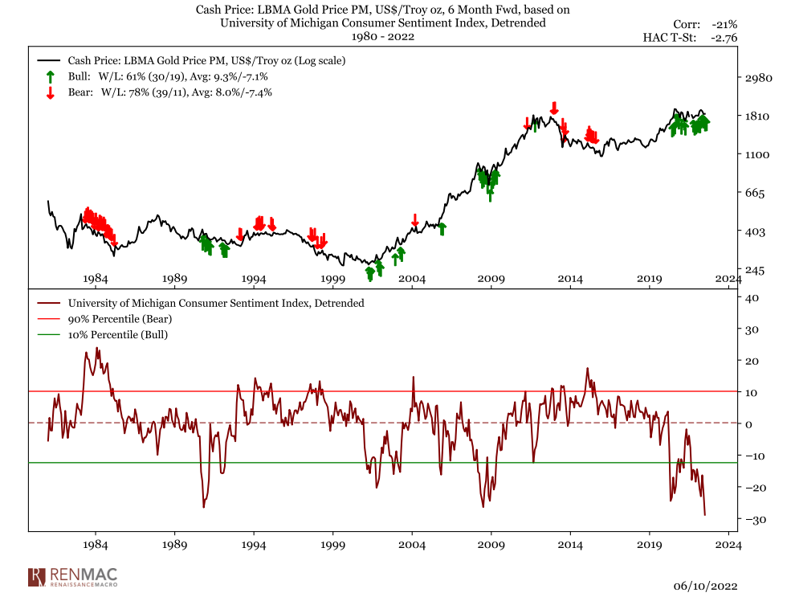 It is almost as if gold is anticipating fiscal or monetary intervention in response to this famous engine failure.

It is impressive that this dip in U.S. sentiment is occurring at a time when gold is already at a significant level. If history repeats itself, gold prices are set to soar above their all-time highs.

This forecast coincides with the Commitments of Trader (COT) levels in the futures market this week: 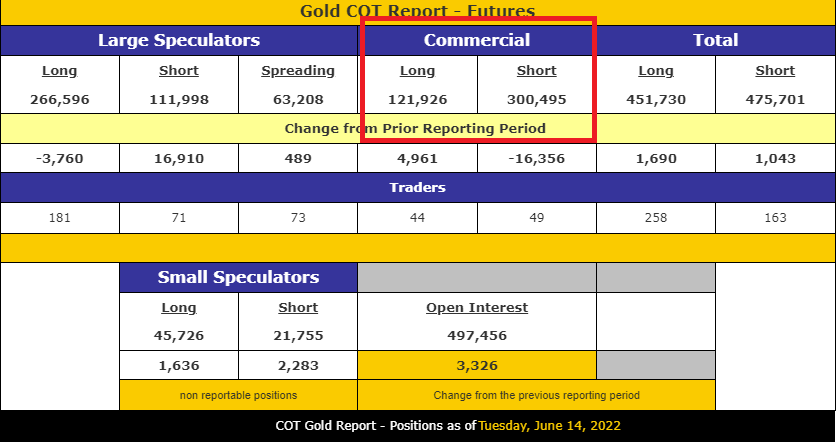 In one week, traders have dramatically reduced their short positions (hedged positions on the back of hedge funds, as usual!) 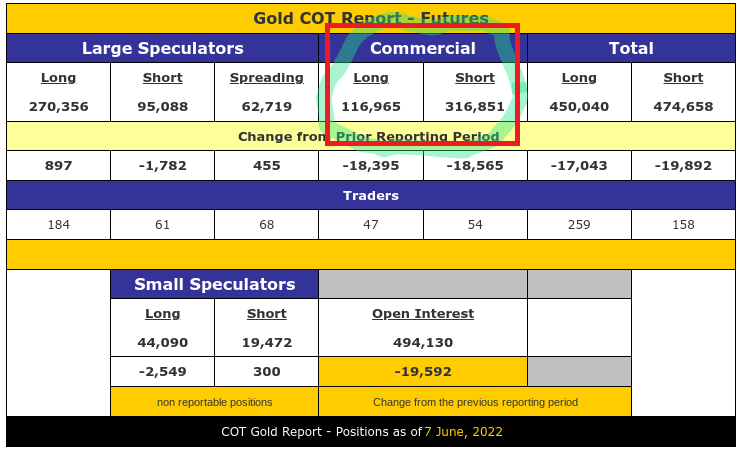 The level of commercial shorts is already at the bottom, with open interest also returning to levels that anticipate an end to the correction in gold prices: 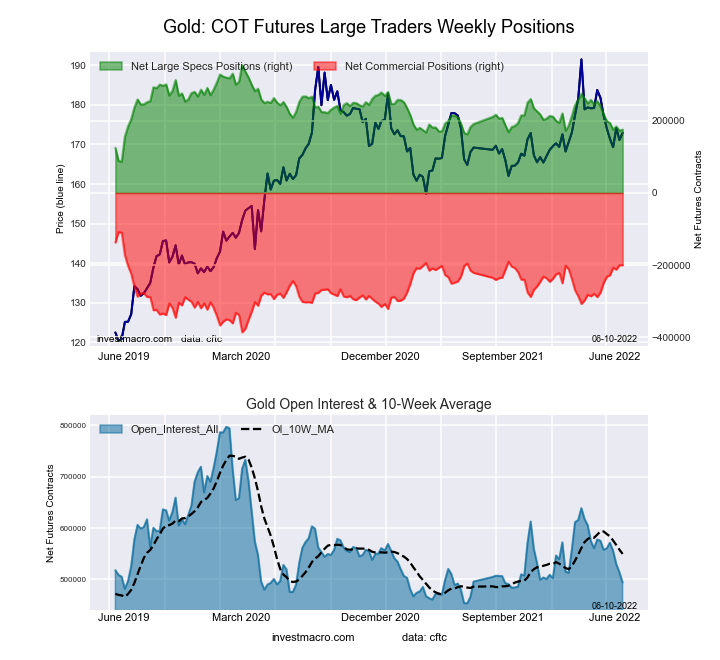