Delivery requests yesterday amounted to nearly 30 million ounces (910 tons), one of the five highest delivery figures since 2000. Over the last 20 years, this level of requests has increased to 42 million ounces (nearly 1,200 tons), five times the volume of the last Silver Rush (in 2010)! 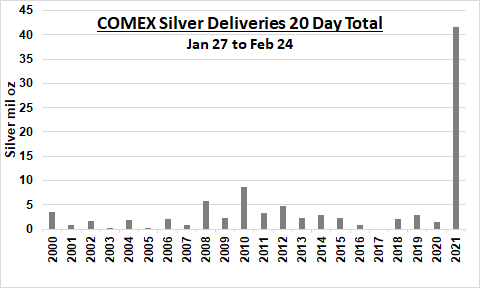 As soon as the March contract expires, the next contract will take over futures and, as is frequently the case in this kind of situation, the “spot” price for silver will technically drop because the next expiration date is listed on the futures market. This weekend, the “paper” market is even more disconnected from the physical market, as there is strong backwardation between the spot price and the price of the futures contract, which implies significant pressure on the physical market.

The same phenomenon is occurring with gold: this morning there is a difference of almost $10 between the gold spot price and the price of the April futures contract. The next month looks likely to be very tense on the Comex. 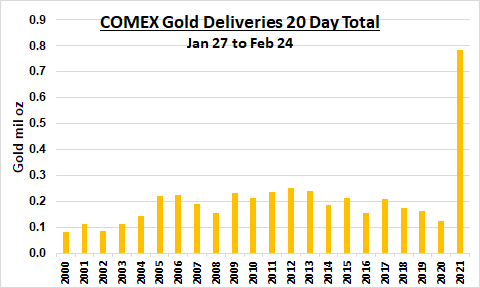 Since last year, the Comex has become a physical gold delivery hub, which was not in the plans when this derivatives market was set up. The quantity of gold delivered to Comex over the last year will soon account for the market's remaining stocks. 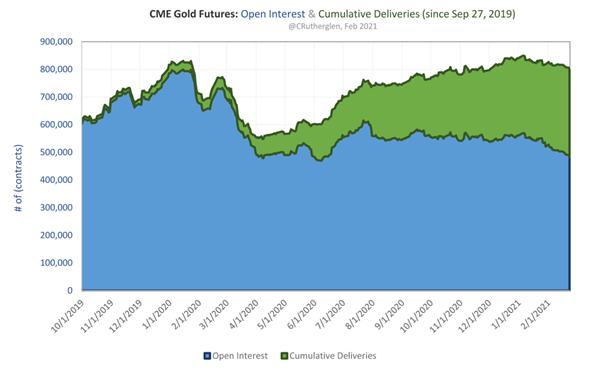 April is a gold delivery month. There is still some time before open interest is "worked" by the bullion banks. This first day has already provided a surprise, with a block of 4116 contracts converted to EFP (Exchange for Physical). One participant is already starting to withdraw gold from the market, even though it hasn't even started yet in March!

As we have seen, this rush on the physical is, as we have seen, disconnected from the paper market. There are really two distinct markets. It has been sufficiently explained in our articles, it is even more true in the silver market: when 4 banks hold more than 50% of the short positions and the other short positions are held by financial institutions that are long in net position, it is mathematical, these banks are the market and determine the price.

This last week has allowed us to check again the footprint of these Bullion Banks on the price of silver. Last Tuesday, a few hours before the expiry of the silver option contracts, an invisible hand sold the equivalent of almost $800 million worth of futures contracts in a few seconds. This is certainly not a seller who wants to liquidate his positions at the best price. He would not have chosen a time when the market is so illiquid. No, the intention of this sale is to push the futures contract below $28 so that the $28 calls are "out of the money". 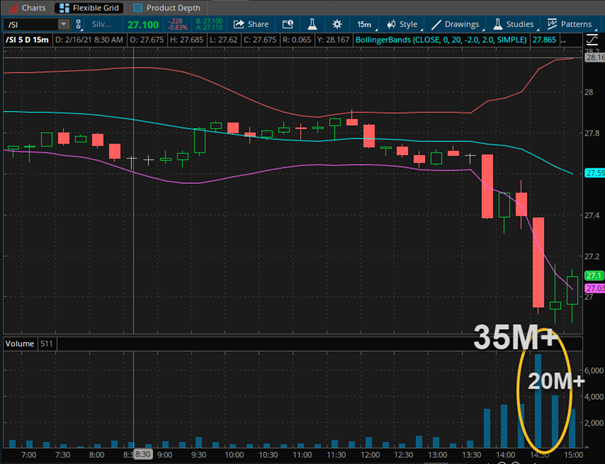 This type of manipulation is unfortunately commonplace on the precious metal market. It was even much more intense between 2008 and 2011.

The price of silver, which has been falling since the beginning of the year, does not of course take into account the squeeze set up by the r\wallstreetsilver community. This month, for example, PSLV has added another 31 million oz, that's 880 tons.

The latest physics buyers have reason to be frustrated that such a rush did not finally cause prices to rise (on the contrary!), they are only beginning to understand that physical demand does not dictate the price of silver, which is entirely controlled by the futures derivative markets.

This frustration only strengthens this community in its fight for a fairer system of precious metal pricing. This scenario was unfortunately to be expected, as bullion banks have a near vital interest in stopping this speculation on metals now. I am afraid for them that the action we have seen this week will rather have the opposite effect and that this movement is not going to stop any time soon. The effects of these "flushs" are not the same as in 2011. We don't feel the classic despair of the silver bugs in such an "attack" at the end of the term. The resilience and organisational capacity of this new generation surprises me every day. No, definitely, these WallStreetSilvers don't look like the old silver bugs of 2011!

Their idea is to continue their purchases of silver in order to dry up the physical market and push the Comex to base its transactions on increasingly reduced collateral, thus transforming this market into an insignificant player in the determination of metal prices.

The next maturity is in May, with Comex leaving with stock almost halved, with open interest even higher than in March. As I wrote a fortnight ago, the WallStreetSilvers are familiar with the system and want to put extra pressure on the next delivery date in the Comex calendar. The idea here is to gradually increase the pressure on Comex's capacity to deliver physical metal, making the task more and more difficult from one deadline to the next. They chose silver because this metal is more sensitive to this type of operation.

And one understands that in such a situation of tension on the physical, the "bombardments" on the paper market are increasingly intense: there is less and less collateral for the control of the paper market, an increasingly important leverage effect is automatically created, which brings more and more volatility on the exchanges of this market. This is a far cry from the primary mission of the futures market, which used to be devoted to insurance cover for producers and which has now become a veritable casino.

This situation does not benefit the mining industries or investors in the sector. The latter have decided to put an end to this system. It will take as long as it takes, the WallStreetSilver understood that the task would be a long one, the week that has just passed has just shown them how difficult the task will be. But their goal is indeed to return to a real metal pricing system and to reduce Comex to an insignificant market. The market authorities have not sufficiently sanctioned spoofing and other manipulations by banks when they had to. The solution, according to them, will be a run on metals.

And among these metals, there is another that is now of particular interest to the r/WallstreetSilver community.

This metal is, like silver, in a very tight stock situation and under the "control" of the same banks: 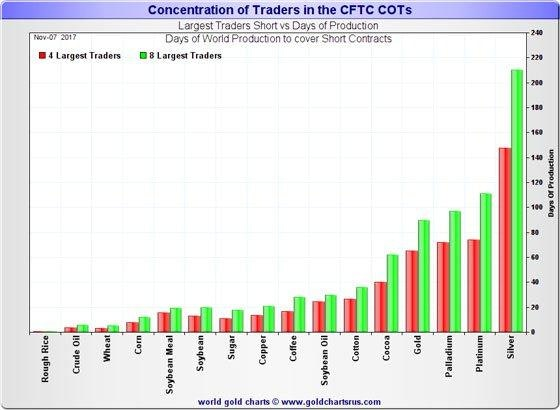 This metal is platinum. And April is a delivery month for this metal on the Comex.

Graphically, platinum has started a significant correction, which should bring a lot of buyers at the end of this correction.