In recent weeks, real wages have fallen dramatically in several countries, by almost 8% in annual variation. 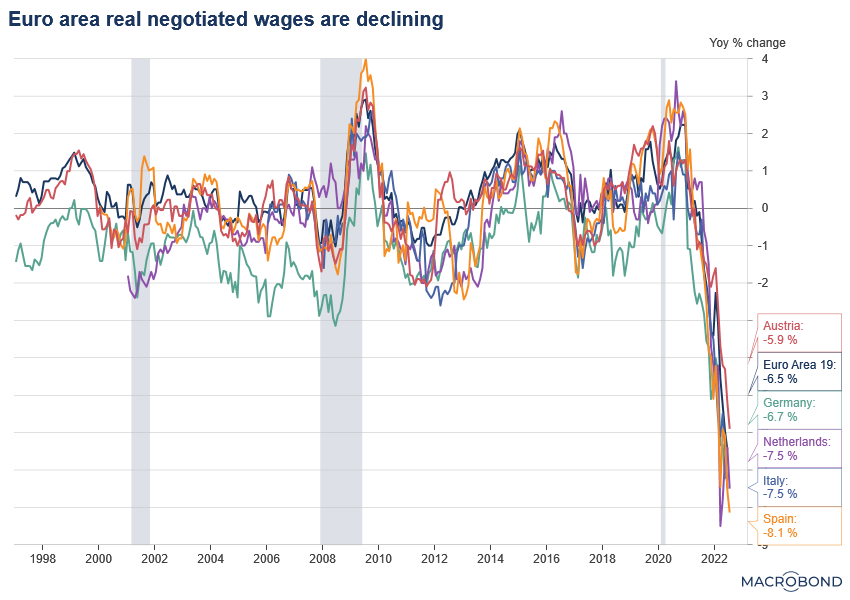 Inflation is not weakening in Europe. On the contrary, rising energy costs are still pushing up the consumer price index (CPI)I in most European countries. The latest worrying figure: the CPI in the Netherlands is approaching +14% over one year. 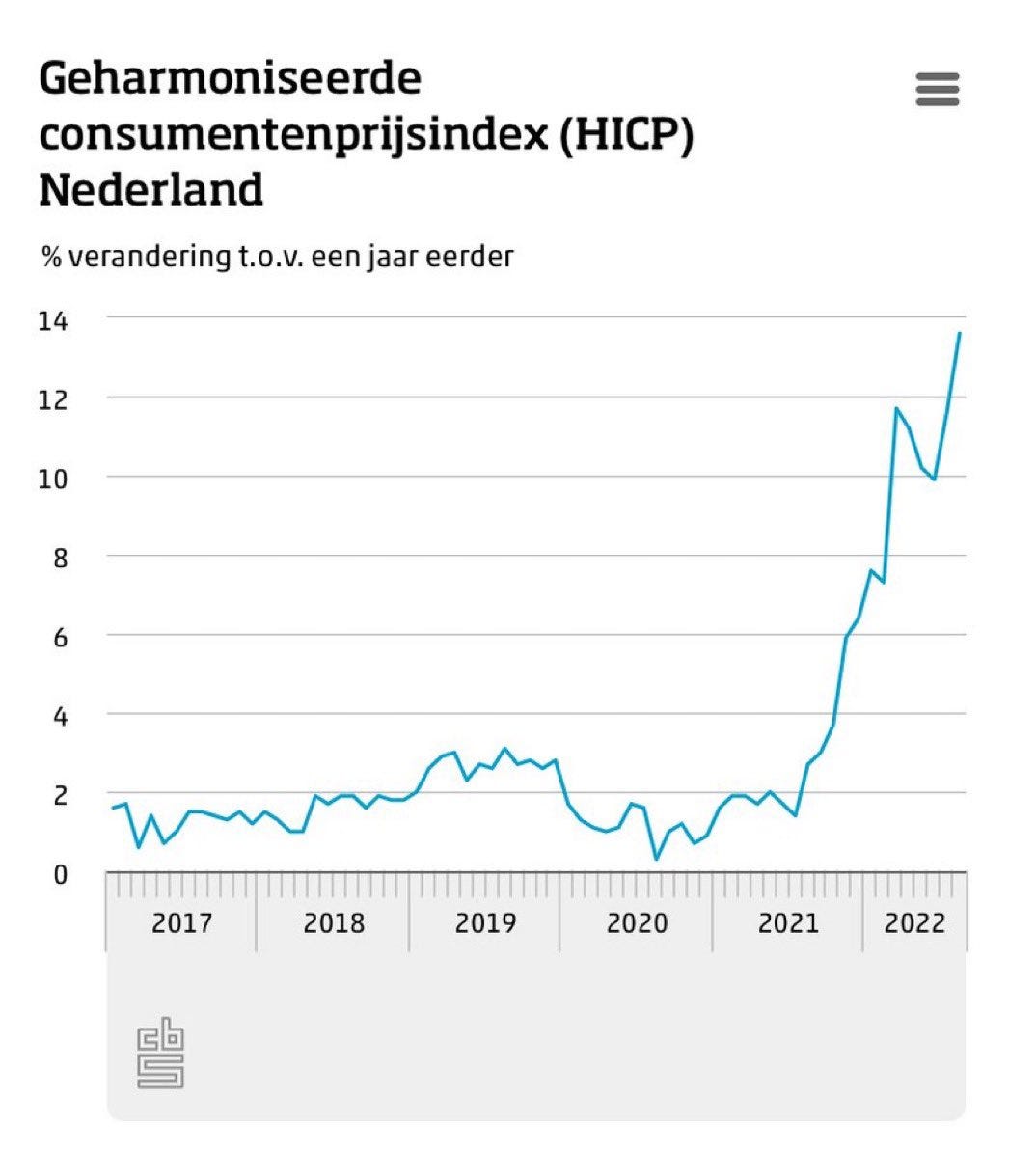 In Germany, inflation is spreading to the food sector, with prices rising by 16.6% over the year. A record high. 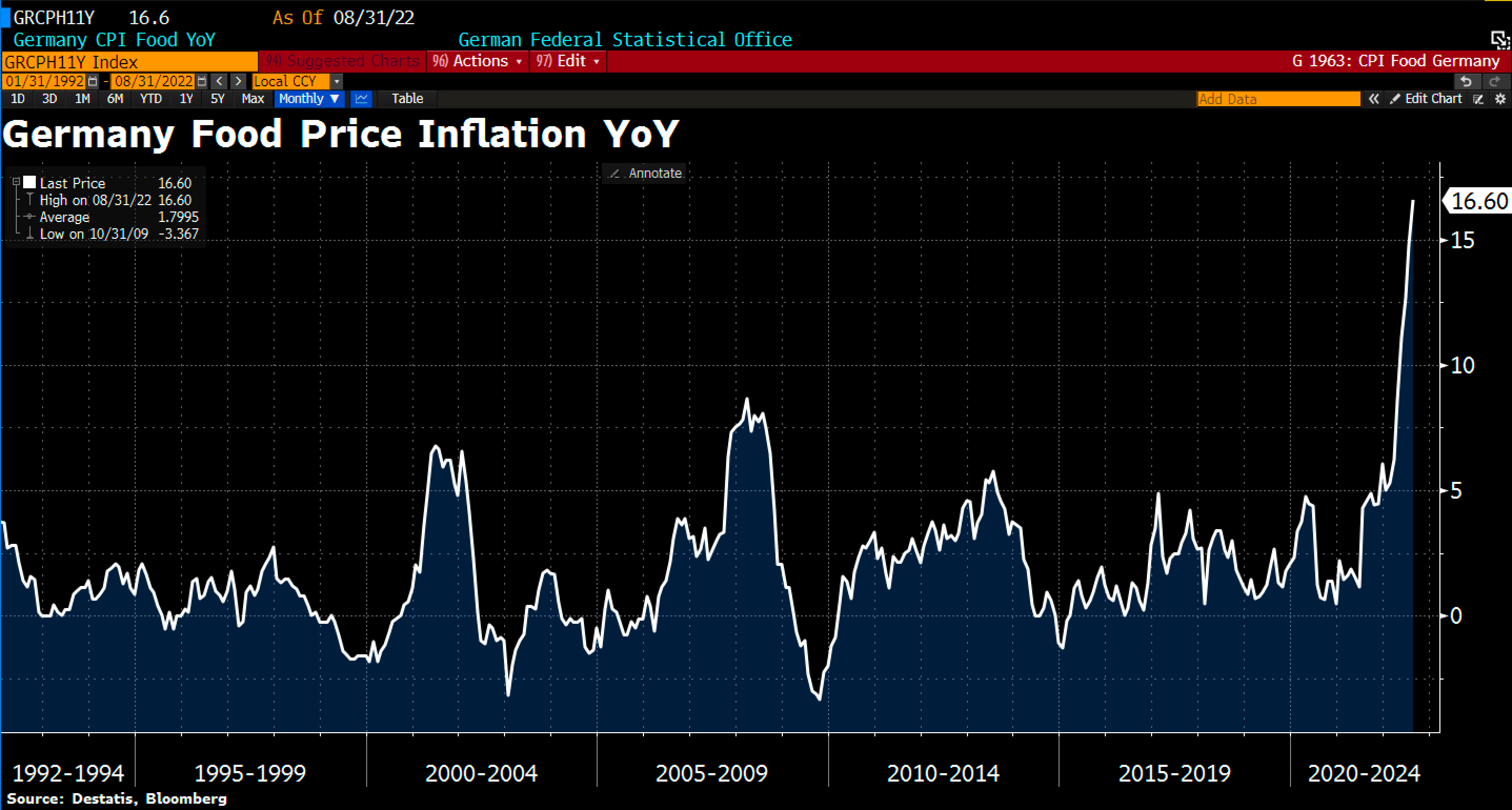 The explosion of energy bills is beginning to have visible repercussions on companies' activities. In Finland, Belgium and the United Kingdom, numerous testimonies from the field already attest to the extent of the problem. Faced with rising costs, the only solution is to close up shop. 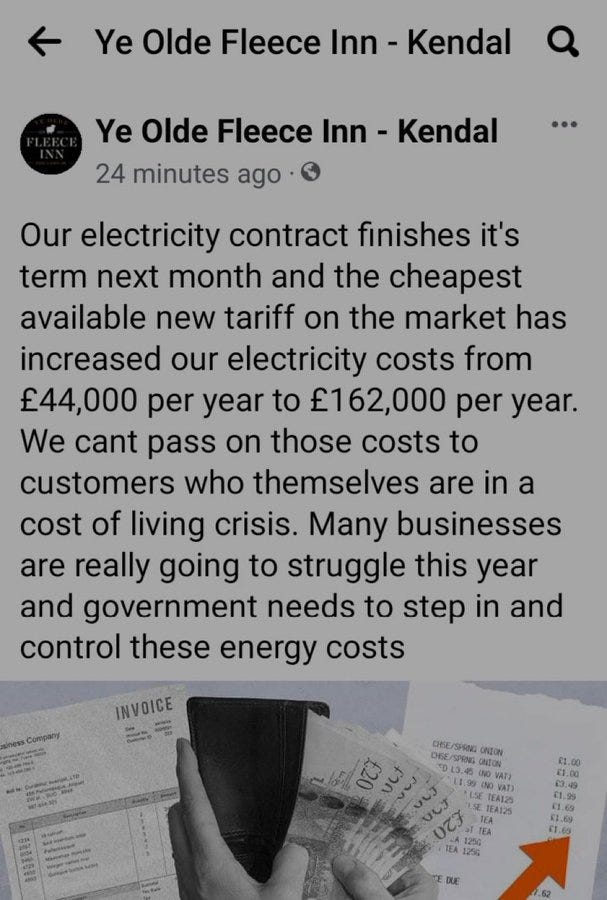 Rising electricity bills this winter point to an unprecedented wave of bankruptcies. Here's a grid of cost forecasts in the UK for this winter, published by The Financial Times: 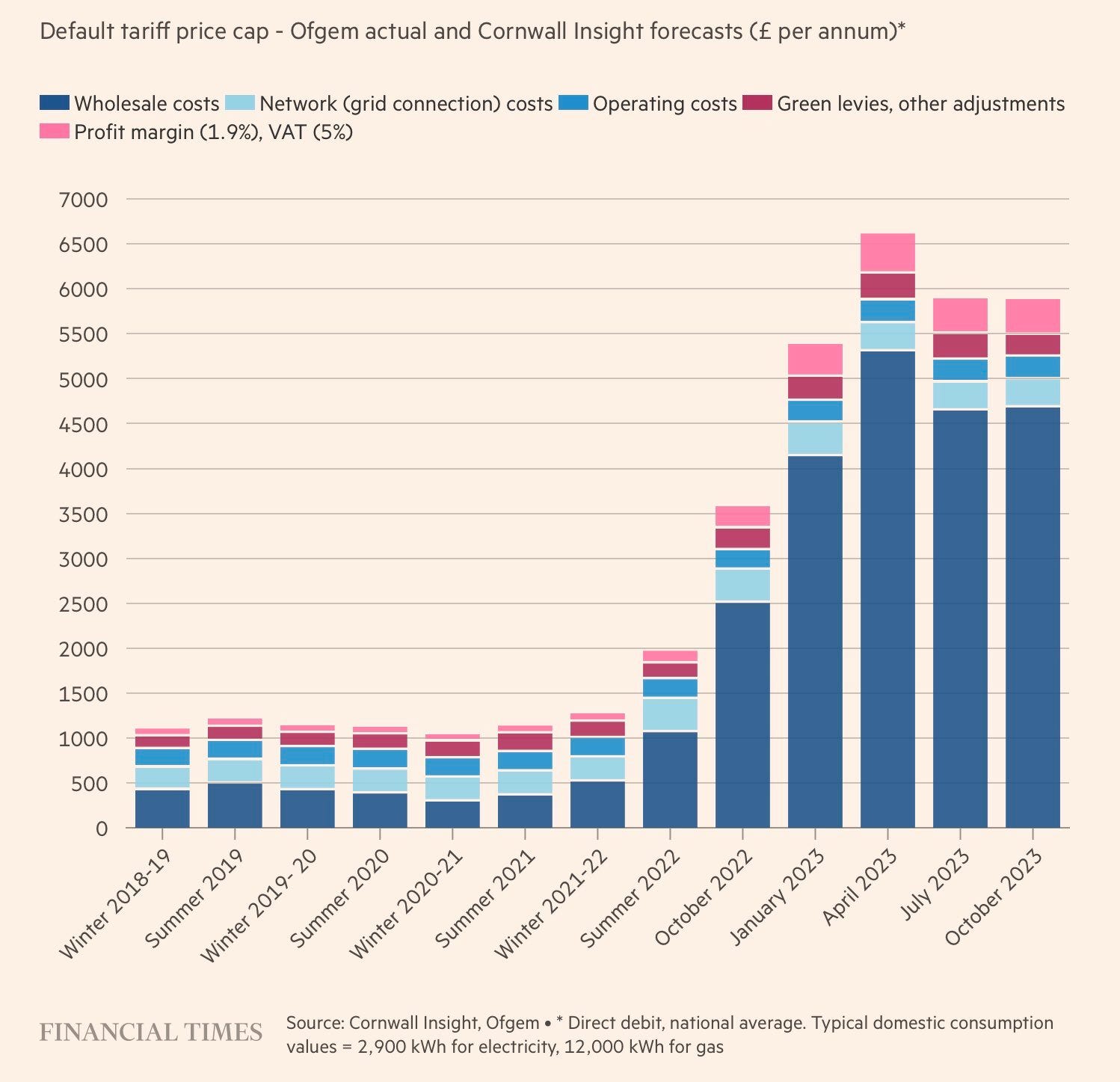 How can such an increase in costs be endured? In Europe, we must now expect massive intervention by public authorities to break the free market (set up by these same authorities). We must also expect a total questioning of the objectives of the energy transition. The use of new coal-fired power plants in Germany, a country that has campaigned against carbon-based energy sources, is a first sign of this reversal of strategy. In passing, we can see how ESG considerations, so much defended yesterday, are quickly becoming obsolete in the face of the urgency of the energy crisis.

With these gloomy forecasts in Europe, it is not surprising to see the business climate and consumer morale at half-mast. In Germany, this index is even at an all-time low... 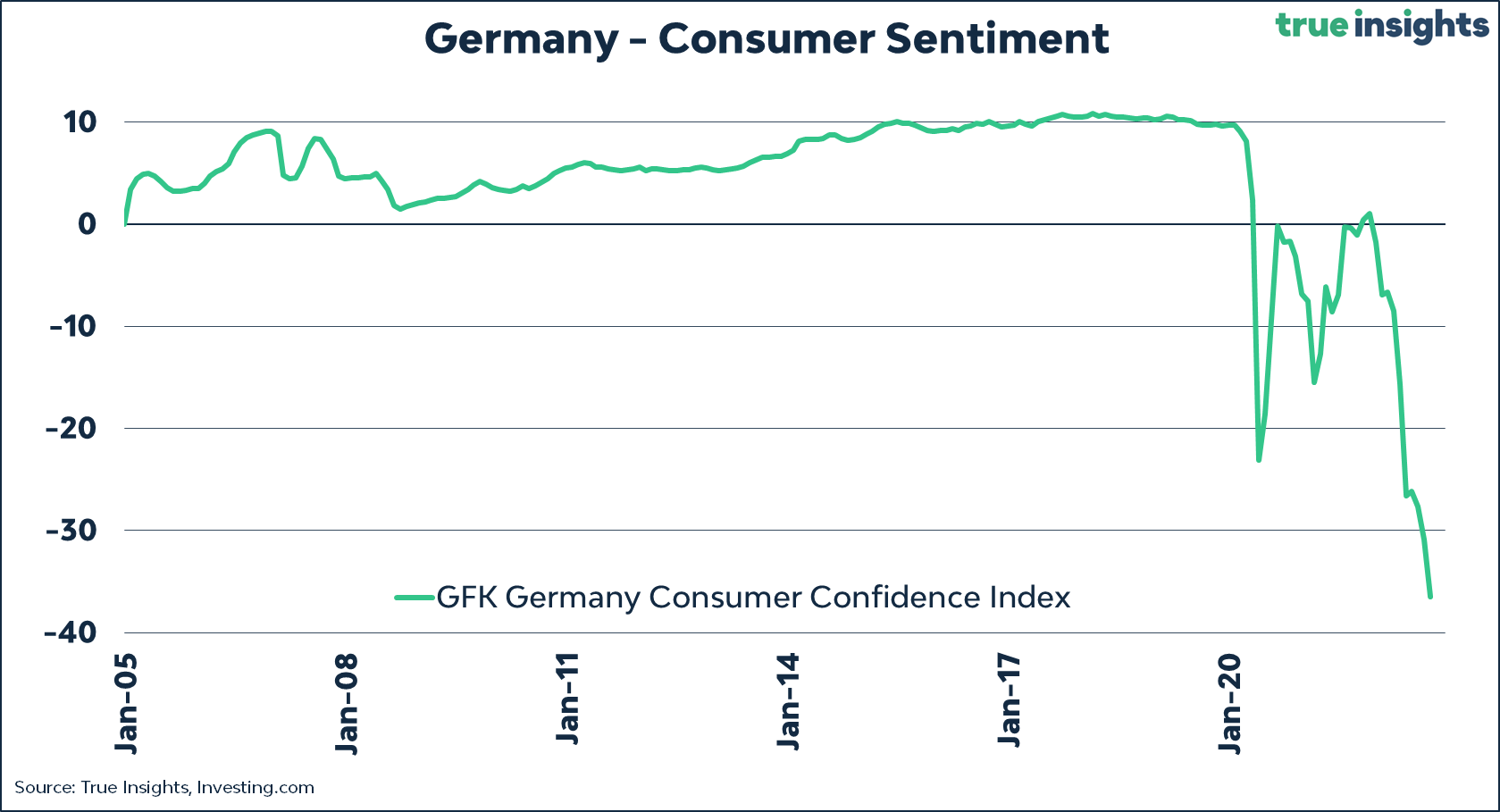 The situation is less tense in the United States, where consumer sentiment even attempted to rebound in August:

Sentiment was boosted by record credit applications, at their highest since 2000: 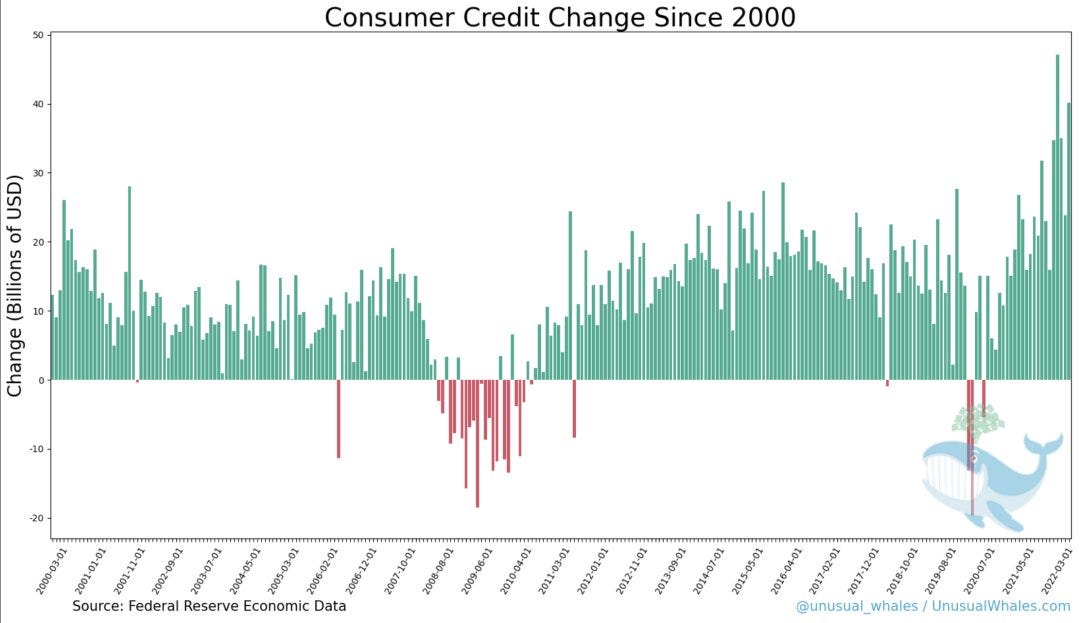 Inflation is still high in the U.S., but access to credit and rising wages is making the U.S. economy more resilient than in Europe.

Even though inflation is outpacing wage growth, a catch-up process is underway: 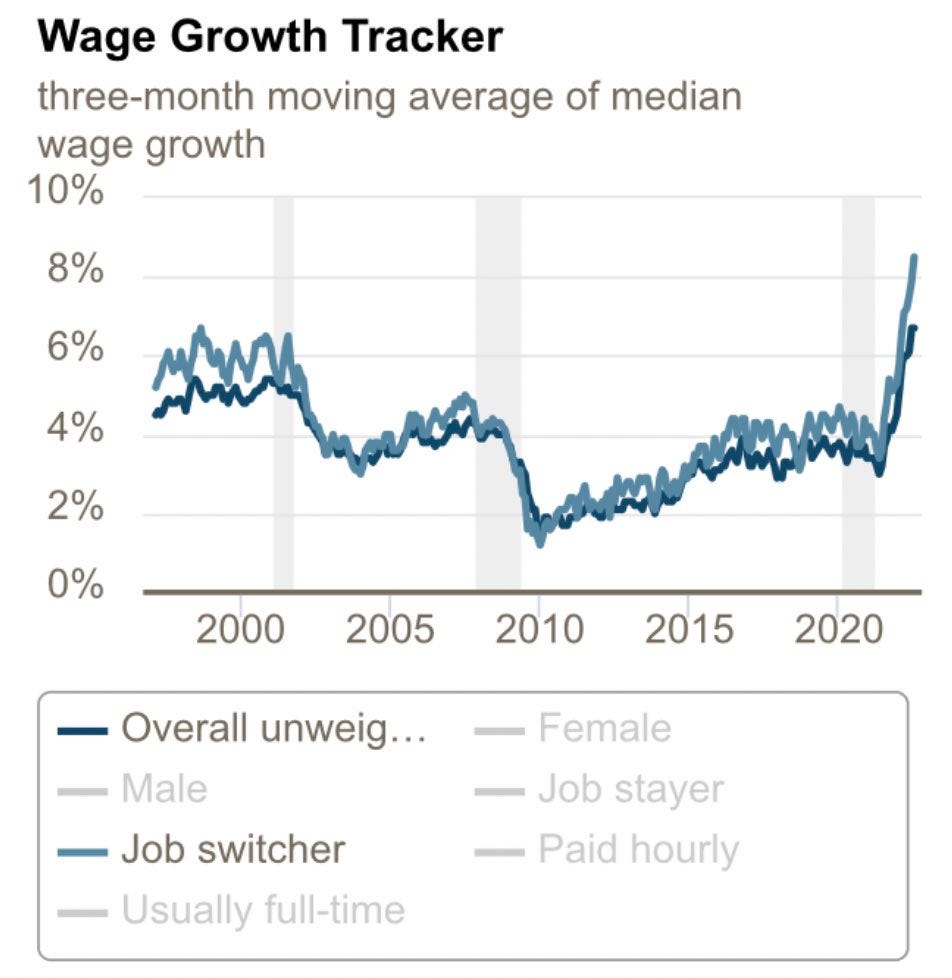 It is, of course, this component of inflation that concerns the Fed. The share of wages in total GDP must remain low enough to prevent inflation from spreading. 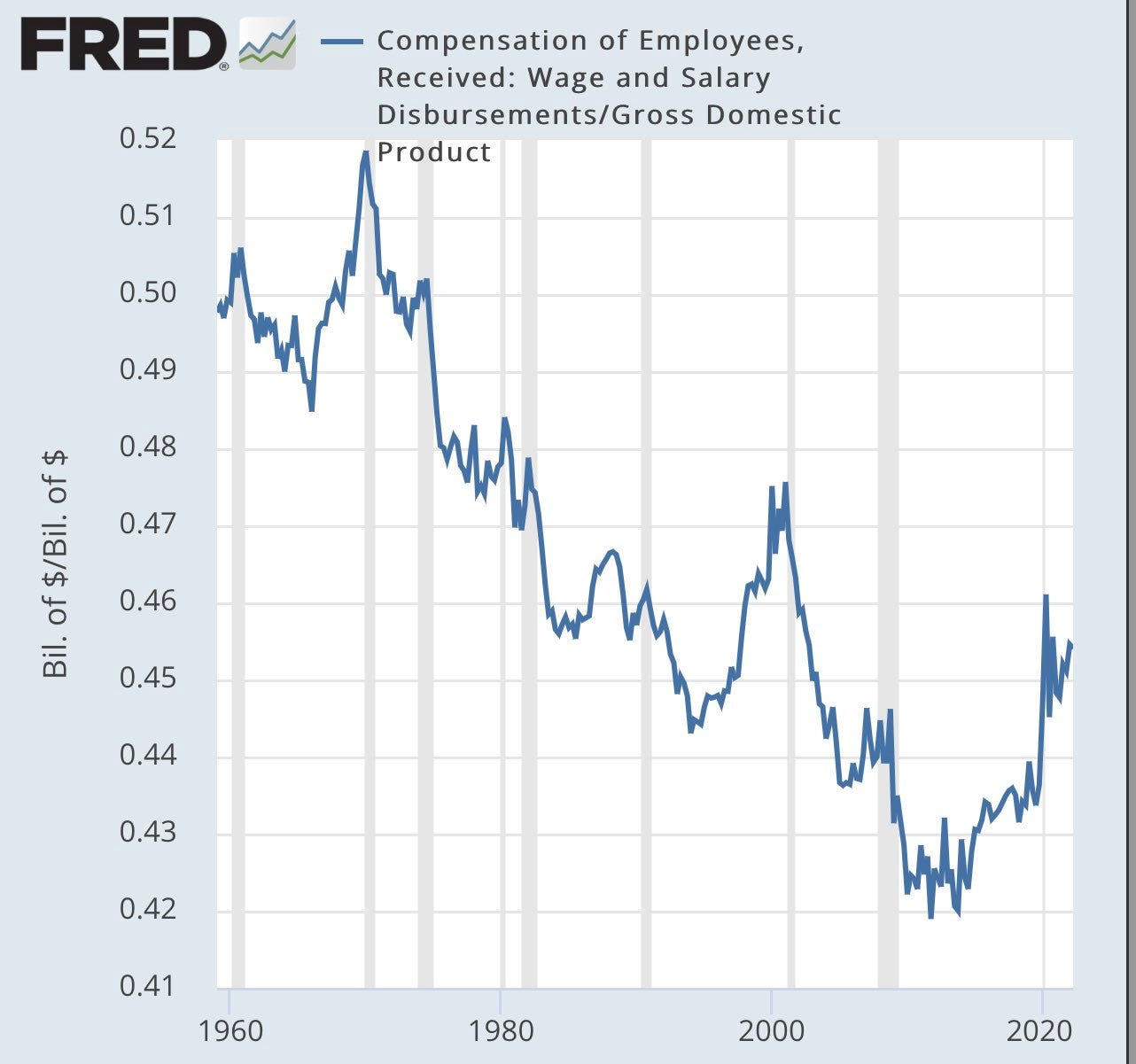 At this stage, the latest US employment figures do not suggest that the contagion from inflation to wages will diminish.

Last week, Jerome Powell tightened the screws during his speech in Jackson Hole. The message is clear: monetary tightening policy will intensify. The window of opportunity is not large. Fighting inflation means raising rates to a level that could complicate the financing of government debt. This rate hike could also trigger a real estate crisis and perhaps even a financial crisis if the Fed is not able to manage the liquidity crisis created by the shock it is producing. In short, the Fed is playing with fire and its strategy seems to be to act fast and hard.

The market has apparently gotten the message. Investors have even added long dollar positions and short commodity positions, betting that this shock will lower demand and cause a global contraction.

Under these conditions, precious metal futures contracts are once again selling off sharply as the summer draws to a close, particularly in silver.

The silver spot is back to its lows: 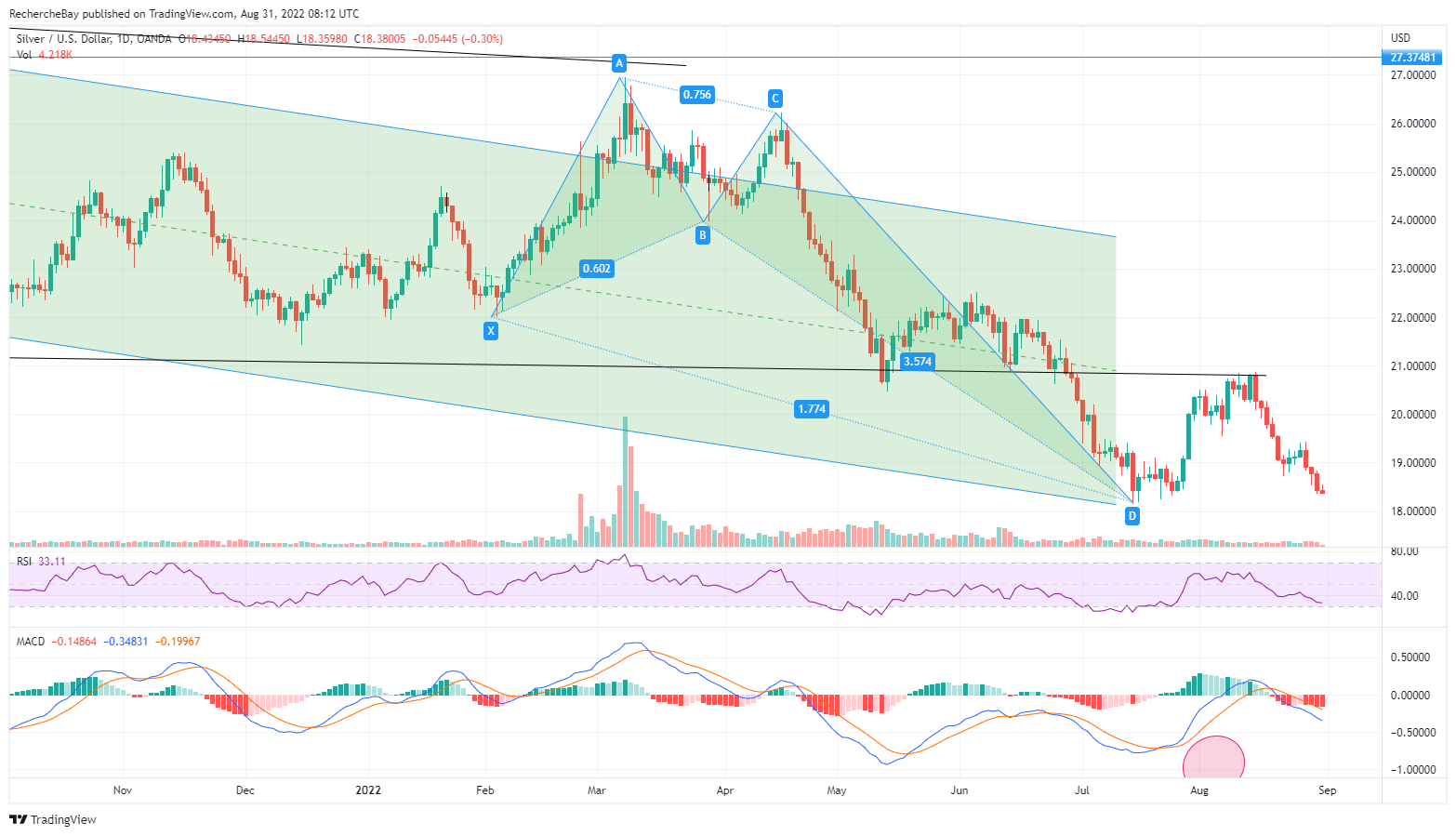 On the other hand, the silver future contract broke its support, which led to a new influx of short positions: 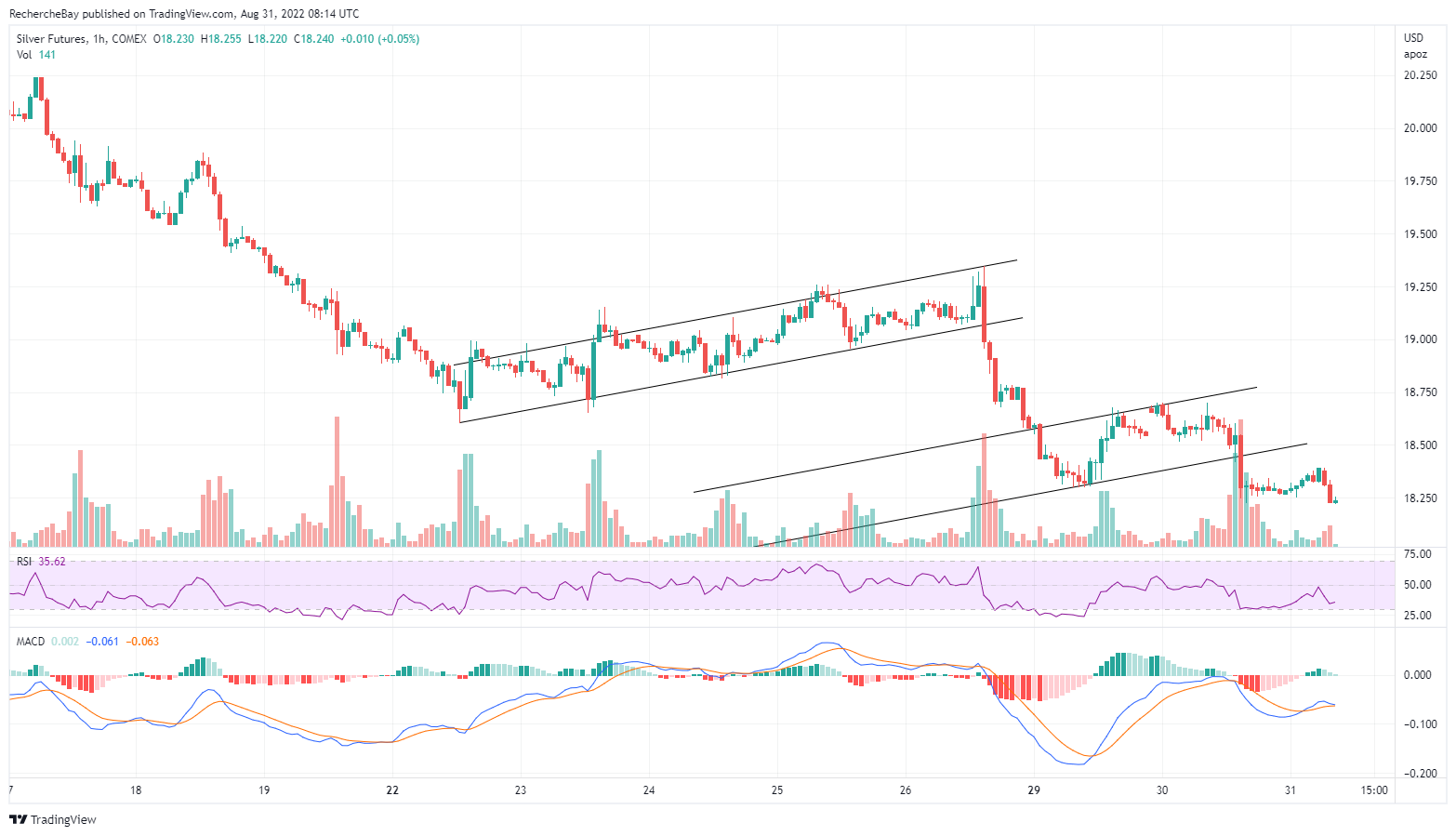 There is a historical backwardation of nearly 20 cents on silver metal. The tense situation on the physical supply is the result of this paradoxical quotation. Premiums on silver coins are reaching record highs. Leverage in the paper market is at an all-time high, open interest is over 1400% of the quantities eligible for delivery on the COMEX, and the amount of silver being delivered continues to rise. The last few physical silver bars are being snapped up on the COMEX. Under these conditions, we should experience a situation identical to that of 2020, with problems securing supply on the silver market.

The current supply disruption is also a repercussion of the monetary shock imposed by the Fed.