If the energy supply situation is not resolved quickly, the German industrial sector may collapse this fall.

Faced with the explosion of the energy bill, the industrial machine across the Rhine has already suffered a severe slowdown. In the space of a few weeks, Germany's trade balance went from a surplus to a deficit. The trend reversal is even more sudden than during the Covid crisis. For the first time since 1990, Germany has recorded a trade deficit! 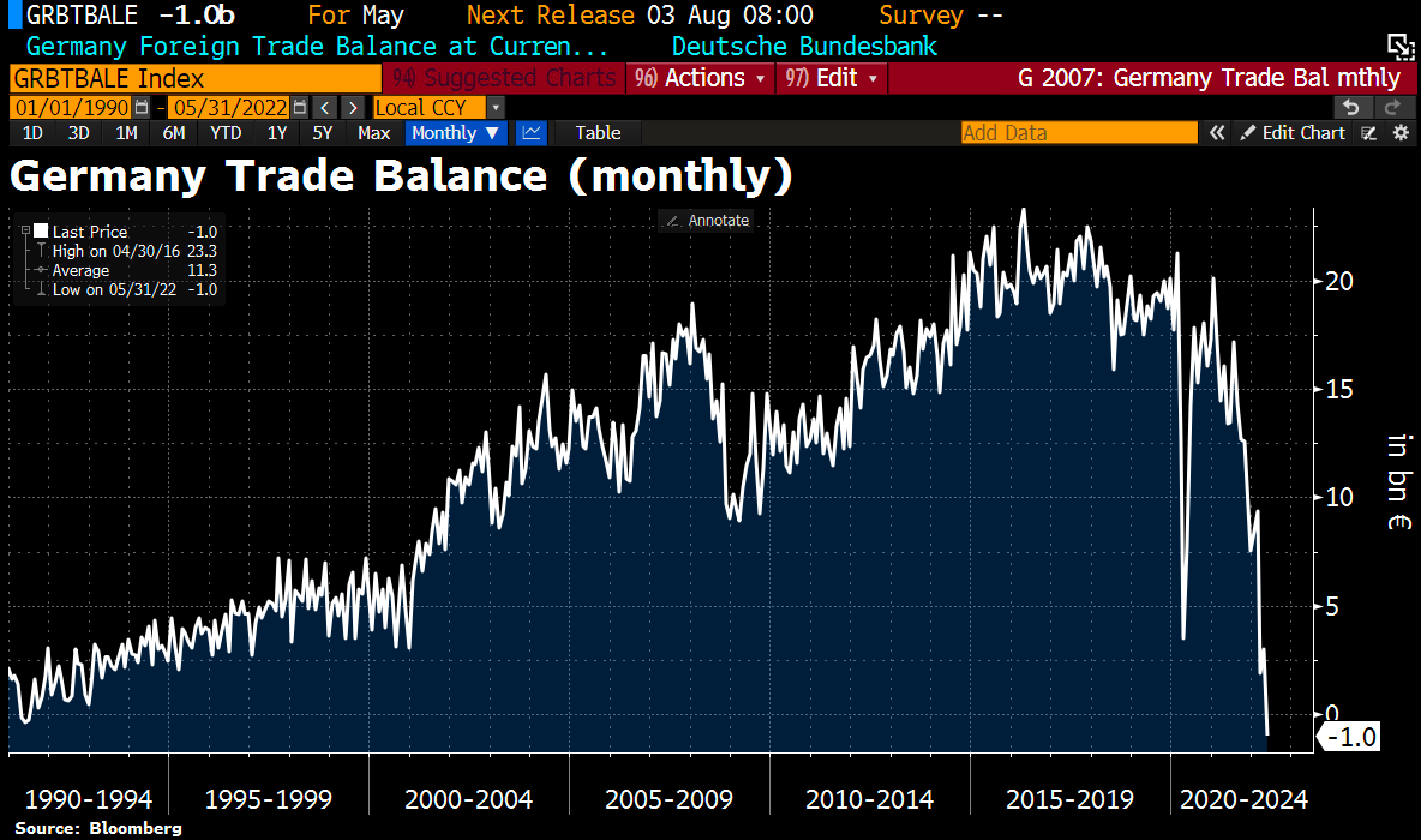 It has to be said that the energy bill has risen again in recent weeks. The price of electricity in Germany is once again at its highest level: 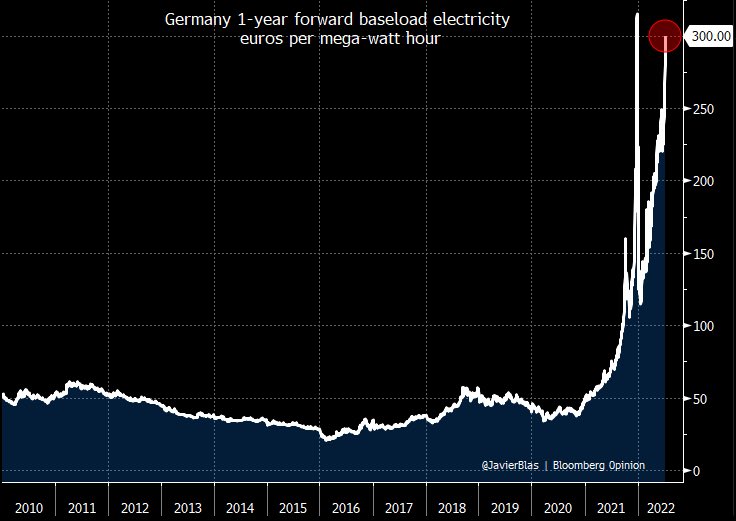 A cut in natural gas supplies would have catastrophic consequences for German industry. This problem needs to be solved urgently, otherwise the economic slowdown that is beginning to be felt will accelerate. 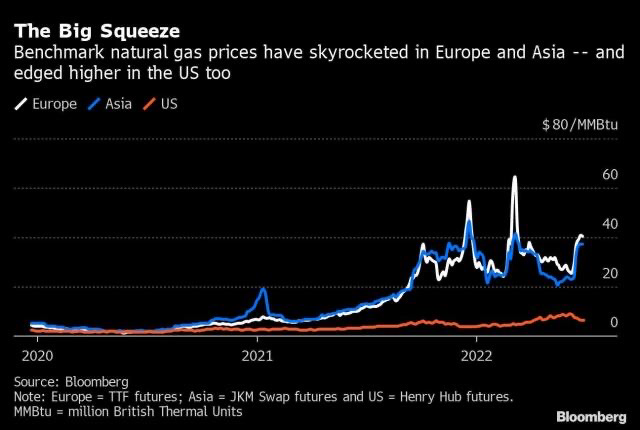 These prospects add downward pressure on the euro, which is at its lowest levels since its introduction. The European currency is on its way to parity with the dollar and is at levels below those seen during the 2015 sovereign crisis... 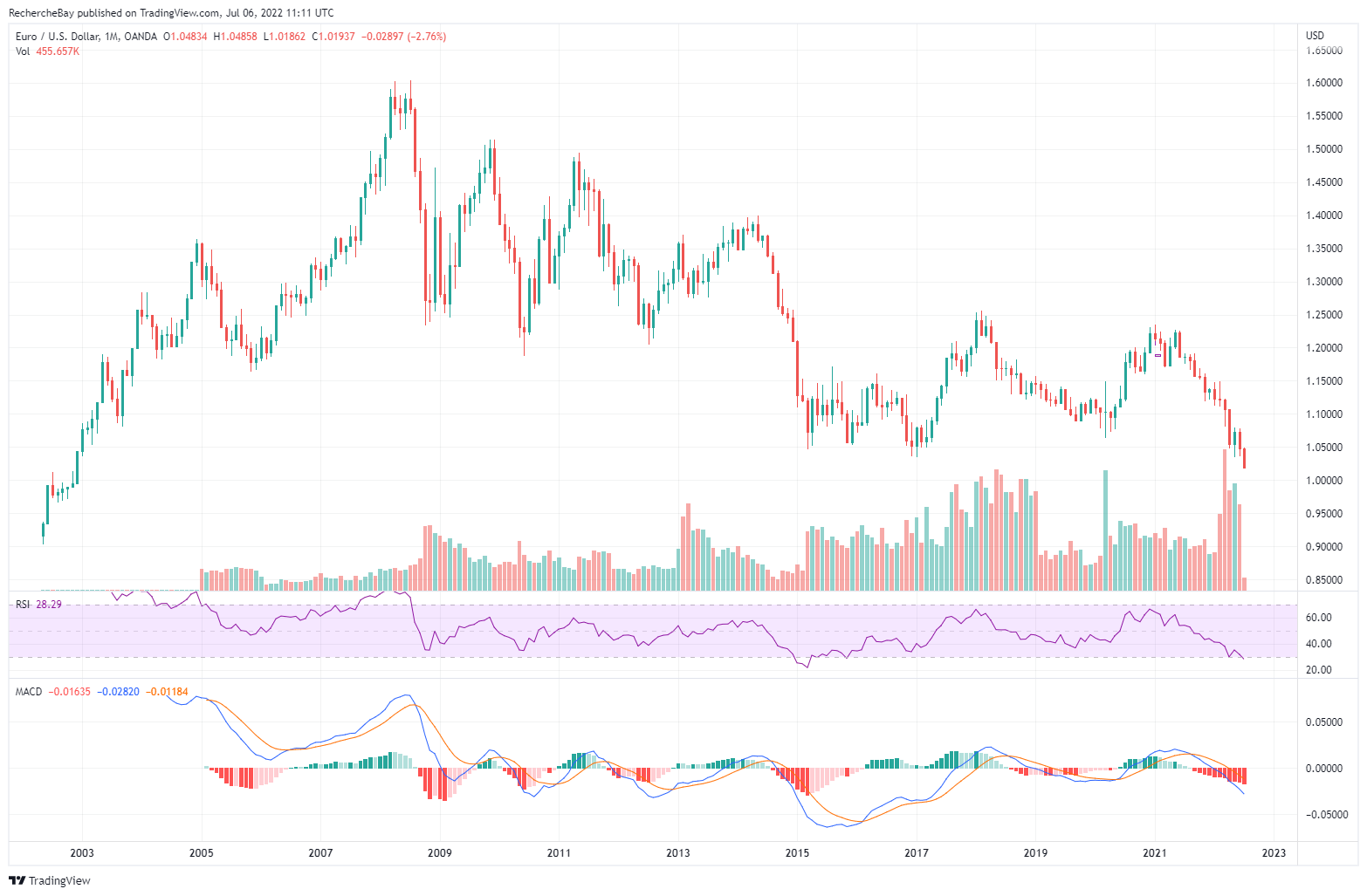 The euro also fell below parity with the Swiss franc. The last time this happened, the Swiss National Bank was forced to intervene in the foreign exchange market... 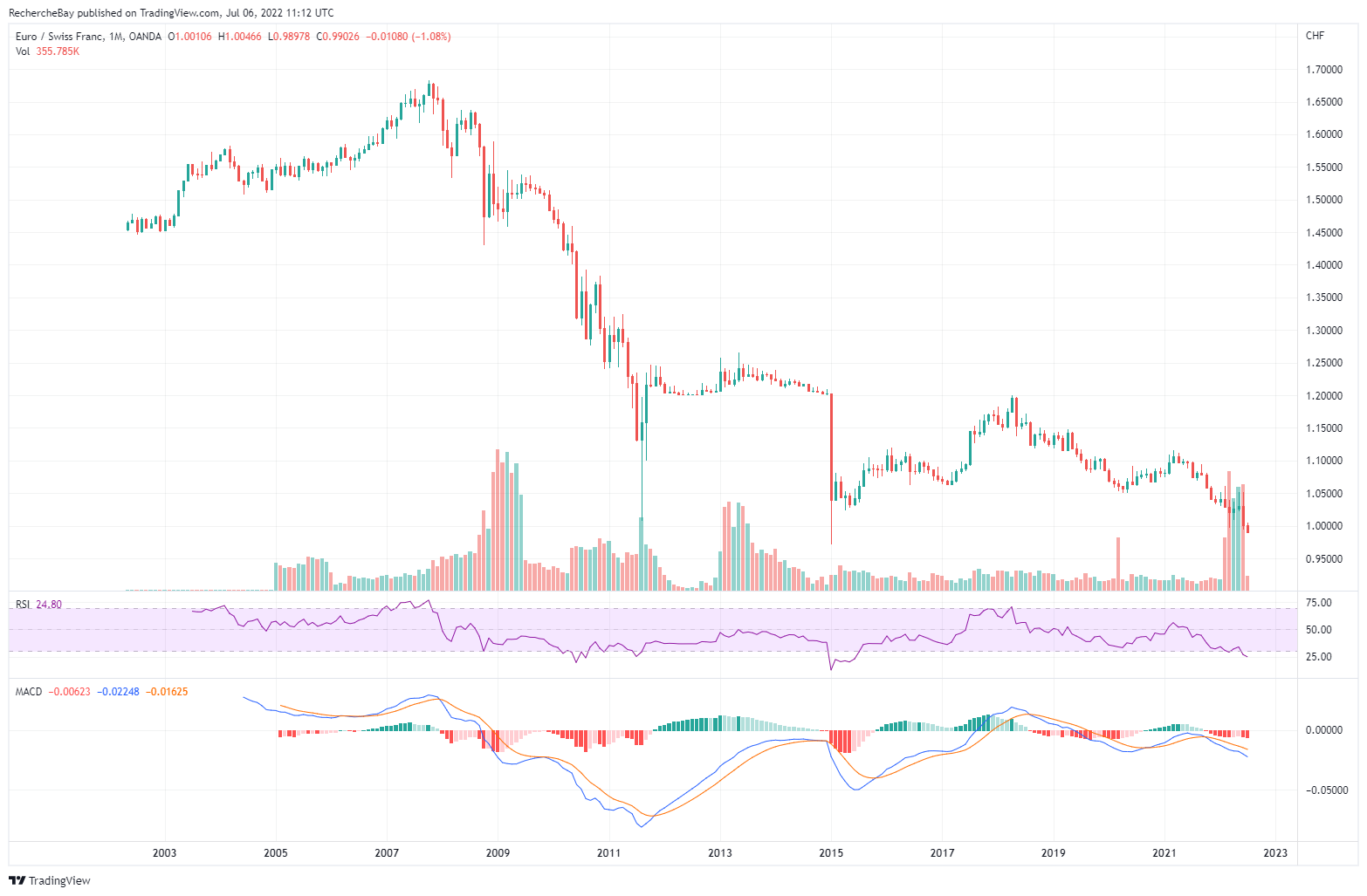 We have entered a new euro crisis when the ECB has not even made a move on rates or on its buyback program. The market is forcing the ECB to act urgently. If Mrs. Lagarde wanted to have a quiet vacation, it's not happening. The next few weeks will be very turbulent, and on all fronts.

The economic slowdown is being felt around the world. In particular, consumer sentiment has collapsed.

In the U.S., consumer spending has taken a historic dive: 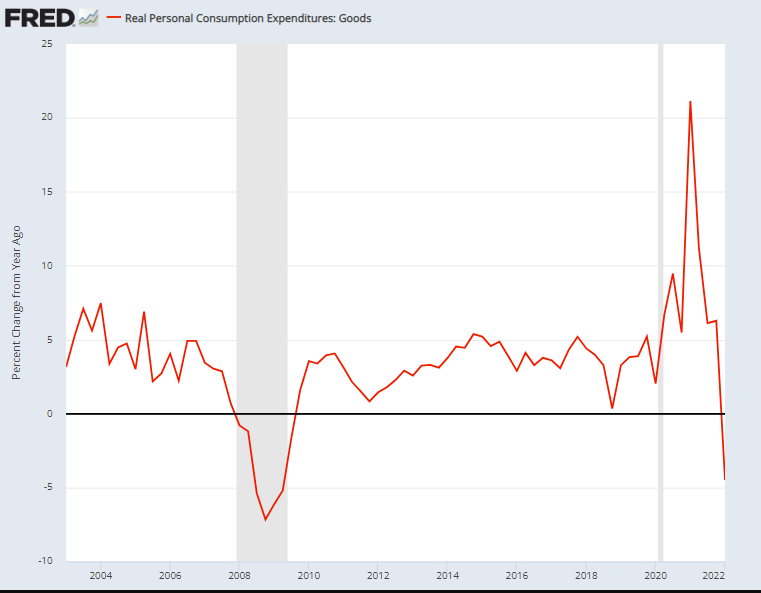 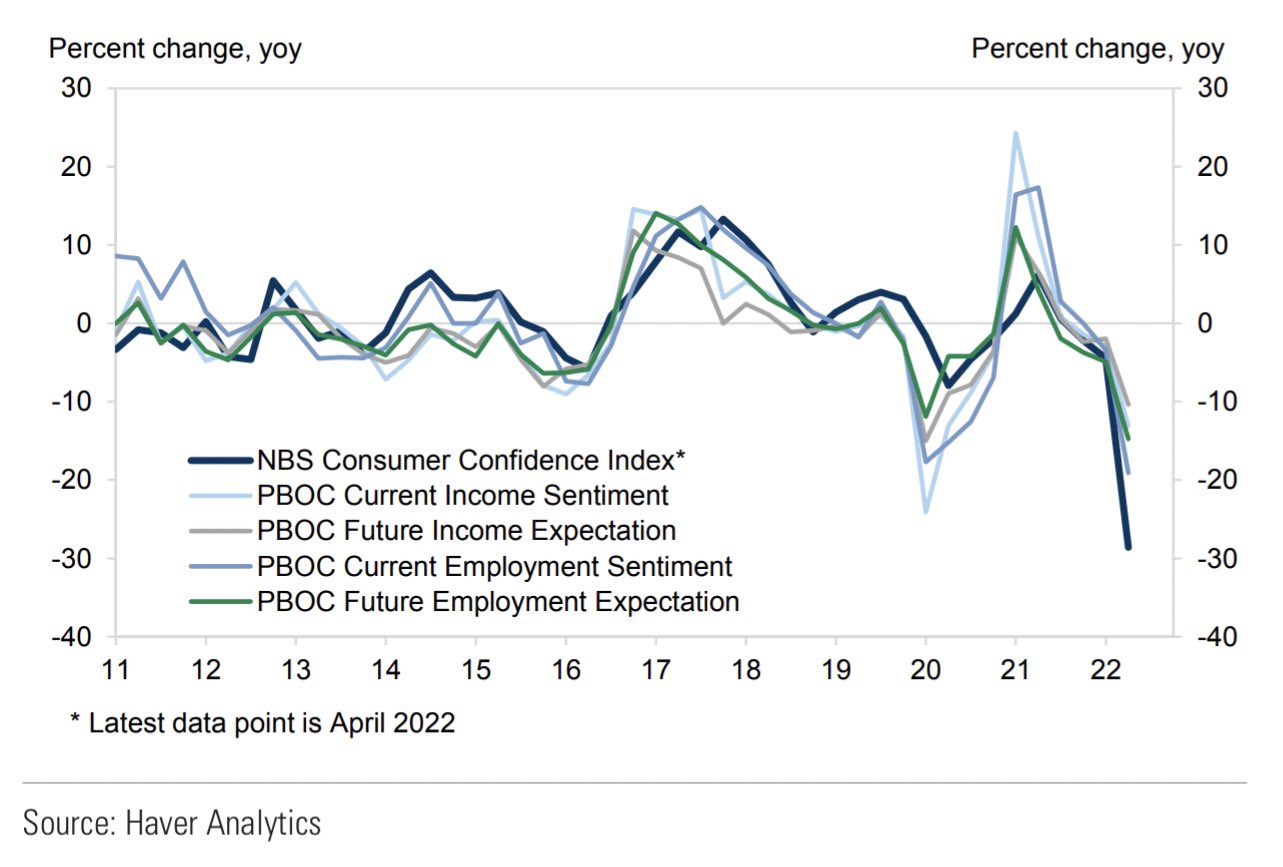 This economic slowdown, caused by inflation and the energy crisis, has prompted investors to open short positions in the entire commodities segment.

The markets are expecting a pronounced slowdown in demand and therefore a collapse in commodity prices in the context of a severe recession.

This movement has not spared the industrial and precious metals segment.

But this drop in prices did not slow down the rapid decline in metal stocks-on the contrary!

The energy crisis is complicating refining operations. Aluminum stocks are being hit hard by the shutdown of the European smelters. Aluminum requires very energy-intensive processes and numerous chemical products, which are becoming increasingly scarce in the context of energy rationing in Germany.

Aluminum stocks on the LME are currently undergoing a sharp raid which, if it continues at this rate, threatens the very functioning of the futures market in the coming months. 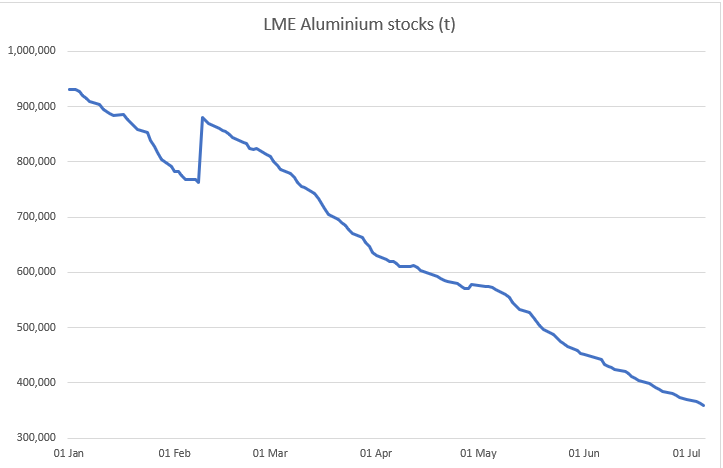 This is the paradox of this unprecedented situation: the collapse of demand is leading speculators to open bearish positions on metals, at the very moment when the energy crisis is threatening available stocks!

In a more traditional situation where supply is not disrupted, the opening of these short positions is less risky. But the context is quite different today. Another element is disrupting supply: in addition to this energy crisis, the geopolitical situation is completely transforming the mechanisms of international trade. The world of the past no longer exists. Free trade, through which our globalized economy has gained in competitiveness, has come to an end... and the consequences on the level of inflation are not yet mastered by economists, according to the very admission of central bankers.

As I wrote in my last monthly review (reserved for GoldBroker clients), the situation is increasingly opaque in the precious metals futures market: "This month, we were shocked to learn about the role of derivatives markets in the price control mechanism for precious metals. What the Gold bug community has long suspected was revealed in the latest report on derivatives trading activity released last week by the Office of the Comptroller of the Currency. The report confirms that JPMorgan, Bank of America, Citigroup and Goldman Sachs are the major participants in a global derivatives market that now exceeds $200 trillion. The surprise comes from the positions held by these four banks in the precious metals sector, up +520% compared to the previous quarter!" 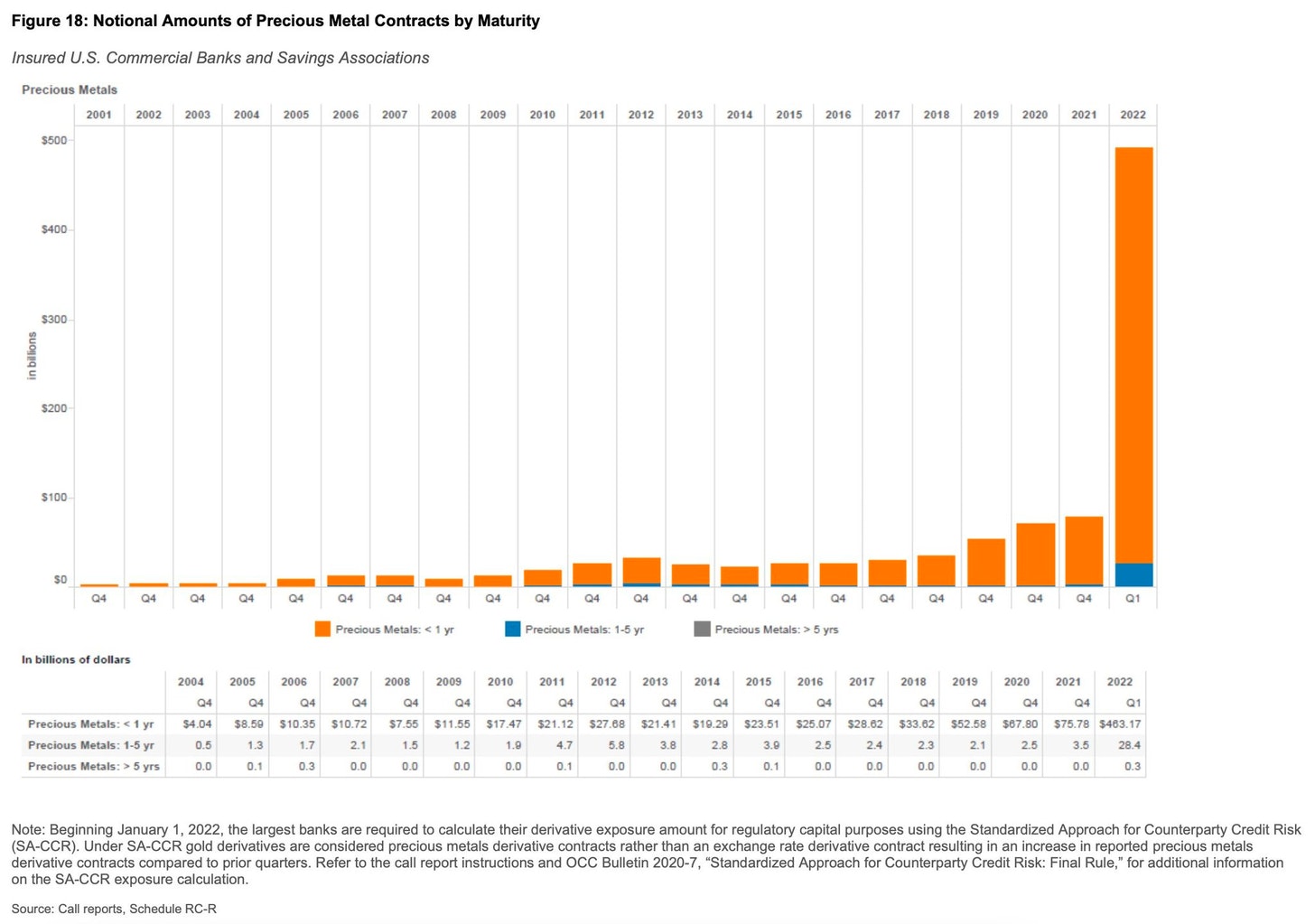 In other words, the four banks that I regularly write about in my articles have been minimizing the risk of their exposure to the precious metals market for years by literally hiding their actual exposure in a category that has nothing to do with the market of interest.

Most of these transactions are conducted "Over the Counter", i.e. off-market. The volume of paper gold and silver trades is gigantic compared to the level of physical trades. While these banks were reassuring us a few months ago about the small exposure that this market represented in their accounts, we now realize that this market is in fact much more important for them. In a context where stocks are decreasing, where the origin of the metal is more essential than ever for investors, the management of the risk on these huge positions is becoming more and more complicated for these banks. There is less and less physical metal for more and more derivative positions.

Under these conditions, how can we be surprised to see the backwardation levels of precious metals explode upwards? How can we be surprised to see premiums increase, even as futures prices decrease? The more we see a distortion between the paper price and the physical price, the more the pace of deliveries on the COMEX accelerates, as these deliveries offer arbitrage between the paper and physical markets.

And the more deliveries that occur, the more inventories are reduced, increasing the leverage of the derivatives setup and making it even more risky for these banks, but also for the whole financial system given the size of these derivative positions.