U.S. inflation numbers are down slightly this month. According to most investors, peak inflation is behind us. At an annual rate of 8.5%, some observers are even starting to consider interest rate cuts by the end of the year, as inflation is now less important than the coming recession.

When you look at the numbers in detail, this pullback comes primarily from gasoline prices, which have been falling for several weeks. That said, food prices continue to rise, including a +4.9% increase in eggs in a single month. Products related to medical expenses are up +2.2%. Electricity prices are also up sharply, which is not a good sign for a potential sharp reversal in the CPI in the coming months. Lower gasoline prices and the usual housing price calculations have managed to counteract the rise in core prices. Enough for the market to claim victory: inflation has been defeated in the US!

For the Fed, the urgent issue is now the economic slowdown. The good unemployment figures conceal a worrying collapse in job creation over the last three months: 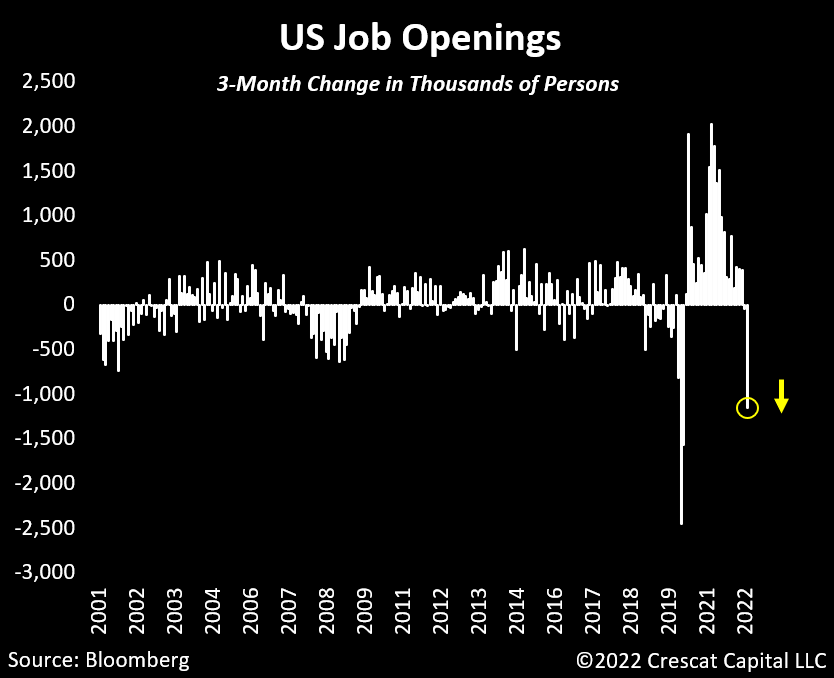 New home prices have been in free fall since their recent peak.

The pace of decline is similar to the 2007-2008 housing crisis, which triggered the Great Financial Crisis. 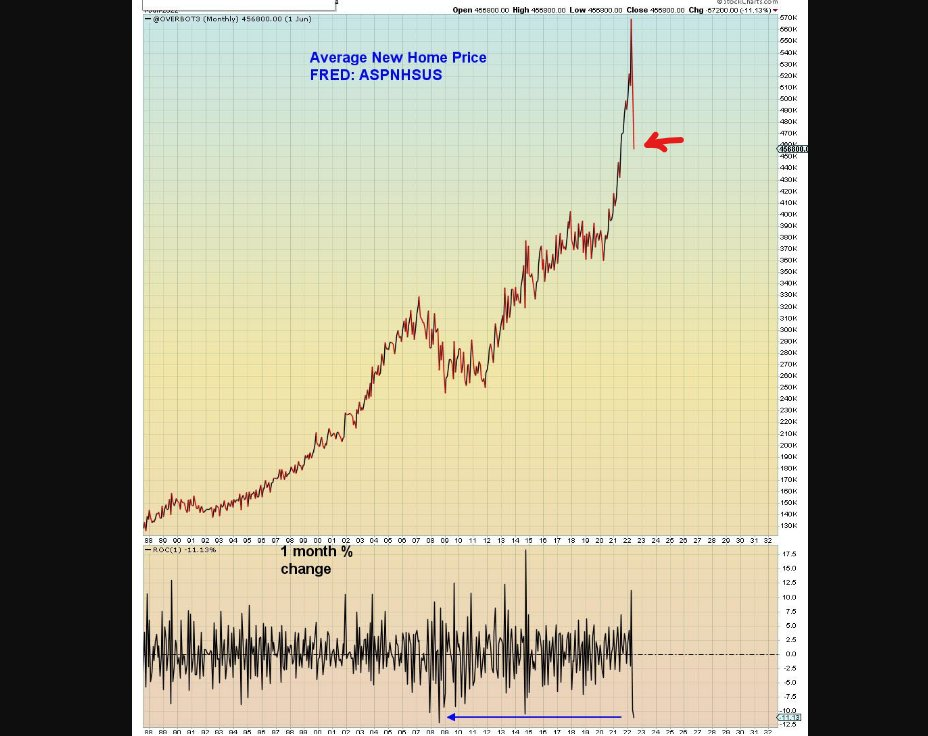 It is likely that the Fed has these indicators in its sights and is now less focused on inflation. At least that is what the market is hoping for...

In Europe, it's a different story... inflation is still on the menu.

At the beginning of August, we are witnessing a surge in electricity prices across Europe, with futures getting higher and higher every day: 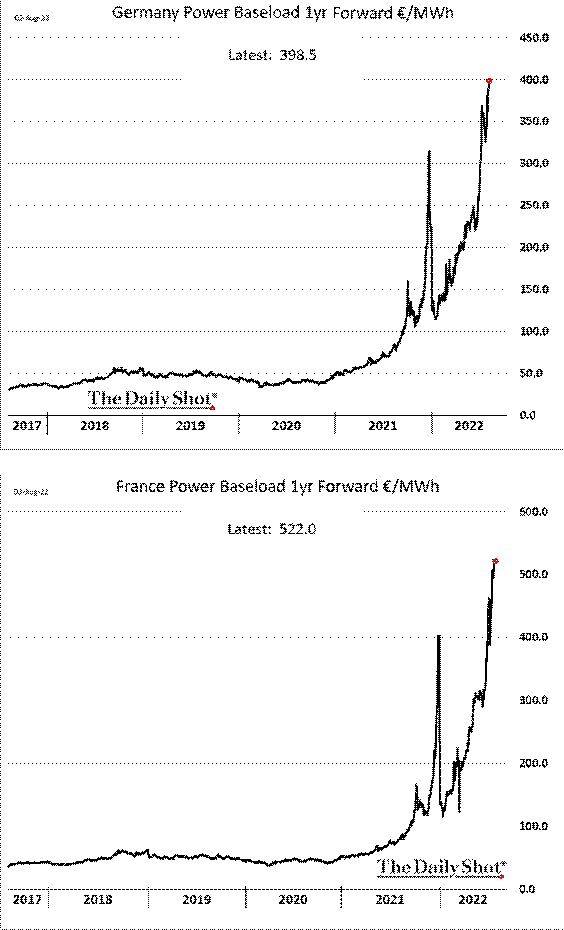 Inflation from rising electricity costs is still to come. The ECB still has its work cut out for it to tame a price explosion that threatens Europe with significant stagflation in the coming months.

The US inflation figures have caused the dollar to fall, breaking its upward cycle that began at the beginning of the year. At the beginning of this week, we are witnessing a breakdown of the American currency, to be confirmed in the coming sessions. 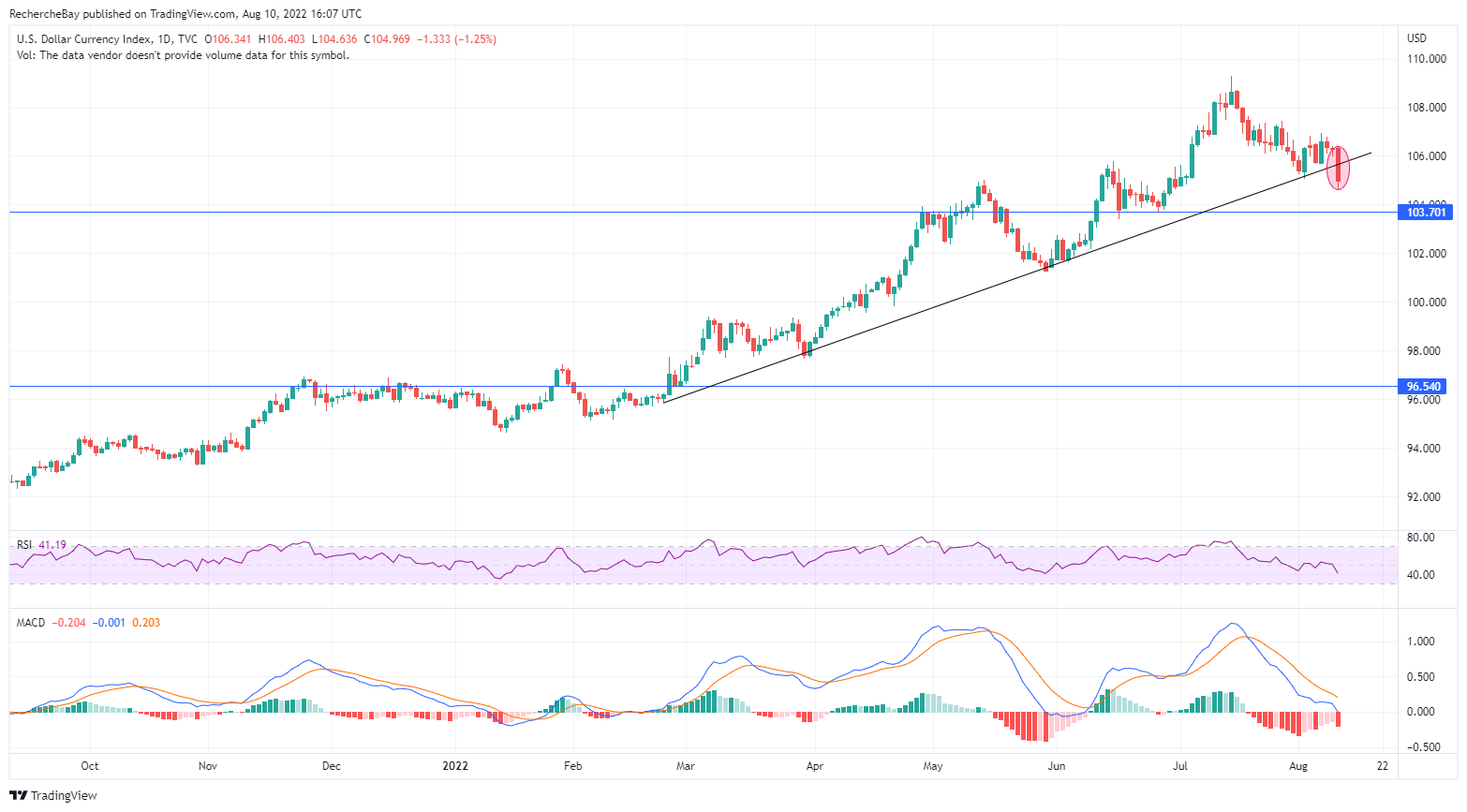 The price of gold is recovering and continuing its rebound that began at the beginning of the summer. The yellow metal is heading towards the resistance of $1,800: 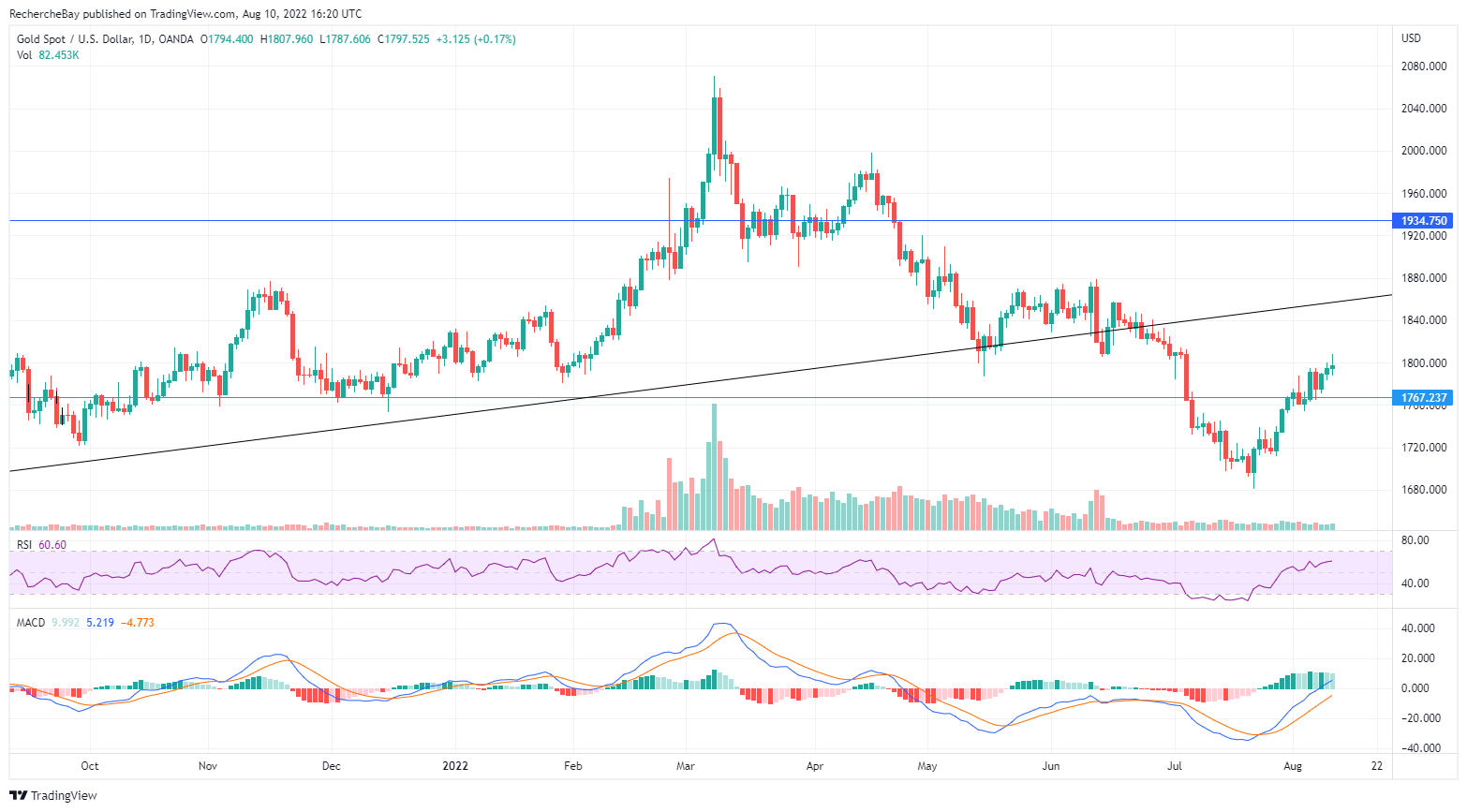 This week, the gold news is still animated by the repeated scandals on the futures markets.

Last week, I came back to the subject in my exclusive monthly bulletin for Goldbroker clients, of which here is an excerpt:

“July was punctuated by the shocking revelations of the trial against former JP Morgan traders, accused of having manipulated the gold market for ten years through spoofing operations on futures contracts: the bank's trading unit would take massive positions and withdraw them at the last moment in order to control the market.

To launch these spoofing operations, Gregg Smith, one of the accused traders, who had moved from Bear Stearn to JP Morgan, clicked so fast and so often on his computer mouse that his colleagues advised him to put ice on his fingers to relieve them!

Another trader, Christian Trunz, who pleaded guilty and agreed to cooperate with the court, claimed that the illegal spoofing operations were part of a well-oiled desk strategy applied by the entire trading team. He explained that his superior had trained him to lie to the compliance officers to hide this manipulation. This same superior also advised him to plead not guilty by stating that the orders placed were intended to be executed. Second lie, this time to the regulators.

These revelations are a bombshell in a market dominated by JP Morgan. In 2010, at the time of the events in question, almost half of the clearing of gold futures contracts was carried out by the American bank. JP Morgan is also heavily represented on the boards of market participant associations such as the LBMA, which conducts most of the world's gold trading from London.

Despite these serious revelations, there is no indication that the U.S. bank's place in the precious metals market will change in the near future.

The fact that such a powerful bank has been accused of manipulating gold for so long, yet has not been removed from trading and has not lost its high-profile seats, raises a serious question about the structure of the precious metals market.”

After JP Morgan, we learned this week that another participant in the futures market is incriminated. This is Daniel Shak, a well-known poker player on the international circuit. Like the JP Morgan traders, Daniel Shak used the spoofing technique to manipulate the market. The poker player was able to artificially hold positions representing a very large portion of the open futures positions, without any regulatory body overseeing this financial malfeasance. The futures market has become a veritable casino (which logically attracts poker players!). As a reminder, the initial role of this market was to allow producers to sell their production forward in order to protect themselves from price fluctuations.

In this context, it is logical to see the emergence of initiatives to establish competing markets that better respond to supply and demand. After Russia and India, new Asian initiatives are expected to emerge soon. The method of determining the price of gold is likely to change dramatically in the coming years. The importance of the physical metal is coming back to the forefront in the face of the imbalances created by the new geopolitical context and the difficulties linked to securing supplies.