In the middle of this week, there is a difference of almost 5% between the price of an ounce of silver quoted in China and an ounce of the same metal quoted in London.

For gold, the price difference is less important but reaches almost 3%. This is unprecedented.

For platinum, it exceeds 6%.

The exceptional gap between the London and Chinese markets offers a real arbitrage opportunity, which is likely to put further pressure on COMEX stocks. As a reminder, the COMEX is closely linked to the LBMA in London and the arbitrage in question consists of opening a futures position, requesting delivery and reselling at the Chinese price.

This price difference reflects strong demand in the Asian physical market, a trend that is expected to accelerate in the coming weeks due to the impact of the energy crisis on refining operations.

Refining activities in Switzerland could be particularly affected: the rise in gas and electricity prices is severely reducing the profitability of the metal transformation process, and the shortage of natural gas in the country is likely to affect the availability of refined products in the coming months.

For other ferrous metals, the availability of refined products in Europe is already in question in the very short term. European aluminum production has fallen to 737,000 tons, the lowest since 1973... In just a few months, production has fallen from 11.70 million tons to just 0.73 million tons... Europe's largest smelter, located in Dunkirk, had to drastically reduce its production. Several aluminum smelters are facing a threat to their survival... History has shown us that once these foundries close their doors, they usually do not reopen.

These risks certainly drive China to continue to stockpile as much metal as possible, despite threats of declining demand due to its slowing economy. For example, copper imports are up 8% from last year, while the Chinese economy shows no signs of recovery and the country is facing a major real estate crisis.

Metal refining is an energy-intensive process, especially for precious metals.

When you buy a metal bar, you are also investing in the energy used to make that bar: energy spent to find the place where the metal will be mined, energy spent to extract the ore, to purify it, and then to refine it into pure metal.

Investing in a financialized "paper" product such as a stock, bond, or even a real estate product is, on the contrary, a bet on the performance and therefore on the amount of energy it will take for the product to become profitable. The energy crisis we are going through is transforming all these assets into commitments that are highly dependent on future energy costs.

The current crisis clearly marks the borderline between two qualities of assets: those that offer a capacity to store energy and therefore protect against its volatility (precious metals) and those that impose, on the contrary, a dependence on fluctuating costs and threaten to transform a simple investment into an increasingly important expense!

The futures market is influenced, as we have explained at length in these articles, by the behavior of the dollar. The US currency is at its highest level against the yen since 1998: 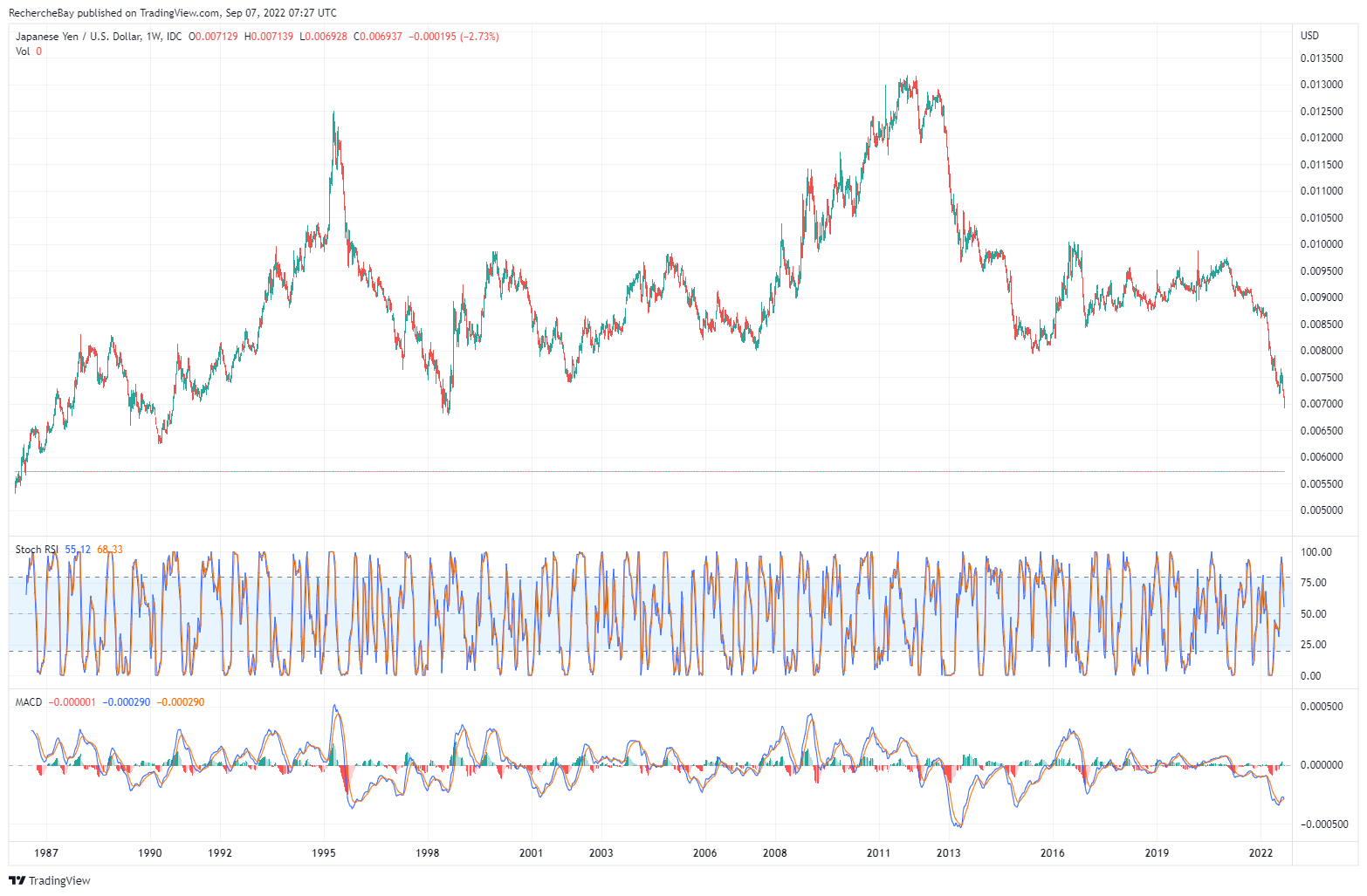 The euro has now largely fallen below parity, to an all-time low.

Faced with the strength of the dollar, funds (or rather trading algorithms) are selling gold futures, which accentuates the decorrelation between the paper market and the physical market.

As explained in the August monthly newsletter reserved for Goldbroker's clients, this disconnect between futures prices and available inventory is now affecting other markets, such as oil.

The famous commodities trader Pierre Andurand warns about the disconnection between futures prices and the very tight situation of available crude stocks:

The oil futures market is completely broken. Moving down $10 in a day for no apparent reason

This disconnect has already been noted by Saudi officials who are surprised by these sudden drops in the futures markets for no reason, even though OPEC countries have seen a drop in available stocks since the beginning of the conflict.

Is there a Western desire to manipulate the oil futures markets downwards to artificially reduce the effects of inflation? Are these the "tools" to reduce inflation that Mr. Powell was talking about at the beginning of the summer?

This disconnect highlights the very particular functioning and significant influence of futures markets.

Algorithms control prices, which are no longer determined by the law of supply and demand.

These manipulations, if proven, could send false signals to producers, who would be encouraged to reduce production volume when the floodgates should be opened instead...

They could also make the markets even more volatile, with the risk of a real supply problem in the long term.

For the moment, it is the futures that determine prices and these futures markets are responding to the very bullish trading on the dollar.

The strength of the dollar is mostly due to the weakness of the euro. 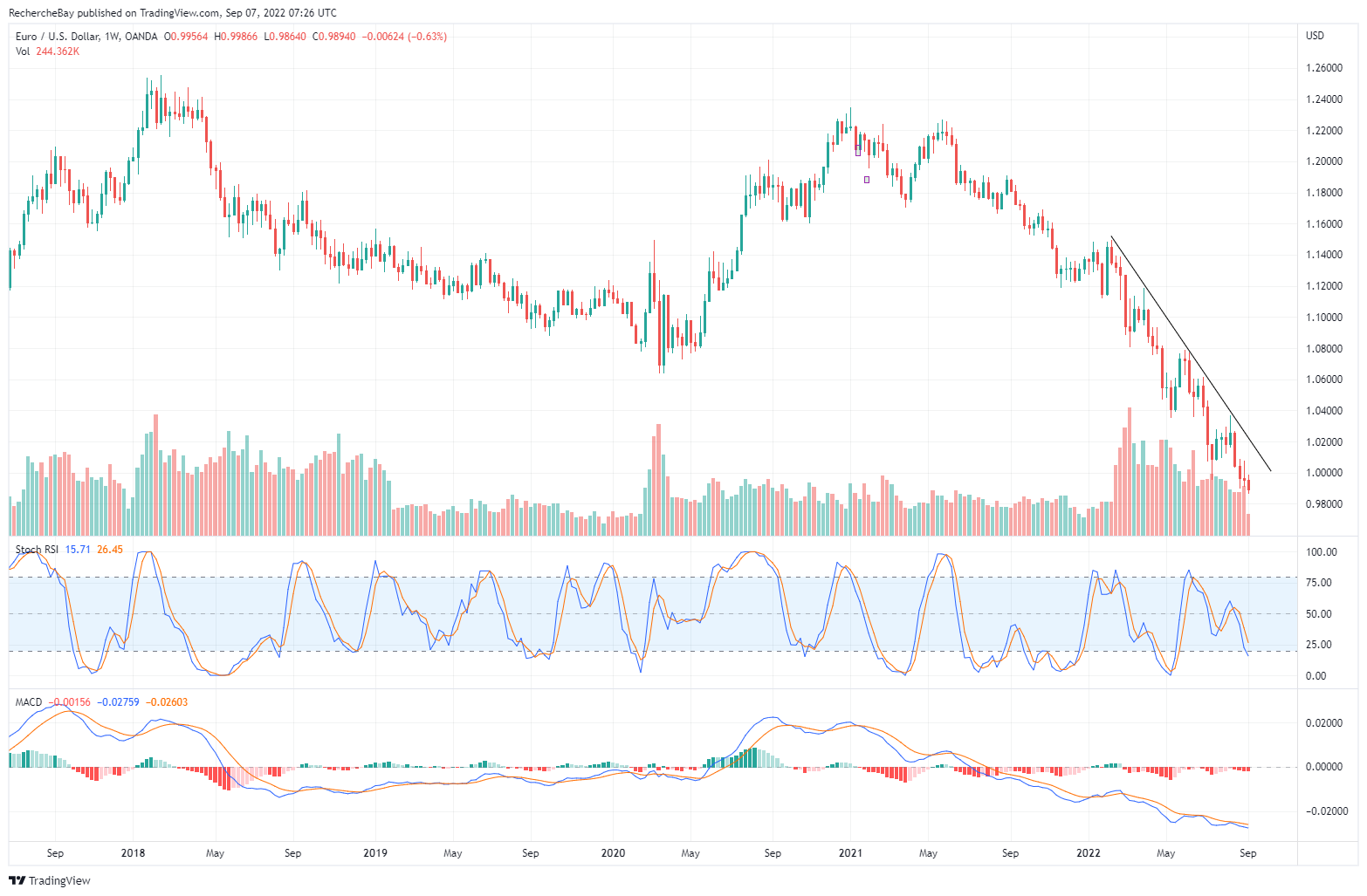 Investors are now focusing on the difficulties of the European banking sector.

Faced with soaring costs, energy companies in Europe are at risk of margin calls that could total more than €1.5 trillion.

To understand how these companies got to this point, it is important to know that these producers "hedge" their production, i.e. they sell their future electricity production forward to protect themselves against price fluctuations. This hedging represents an impossible burden to meet when prices rise sharply.

Let's look in detail at the accounts of one of the largest players in the sector in Germany, Uniper: 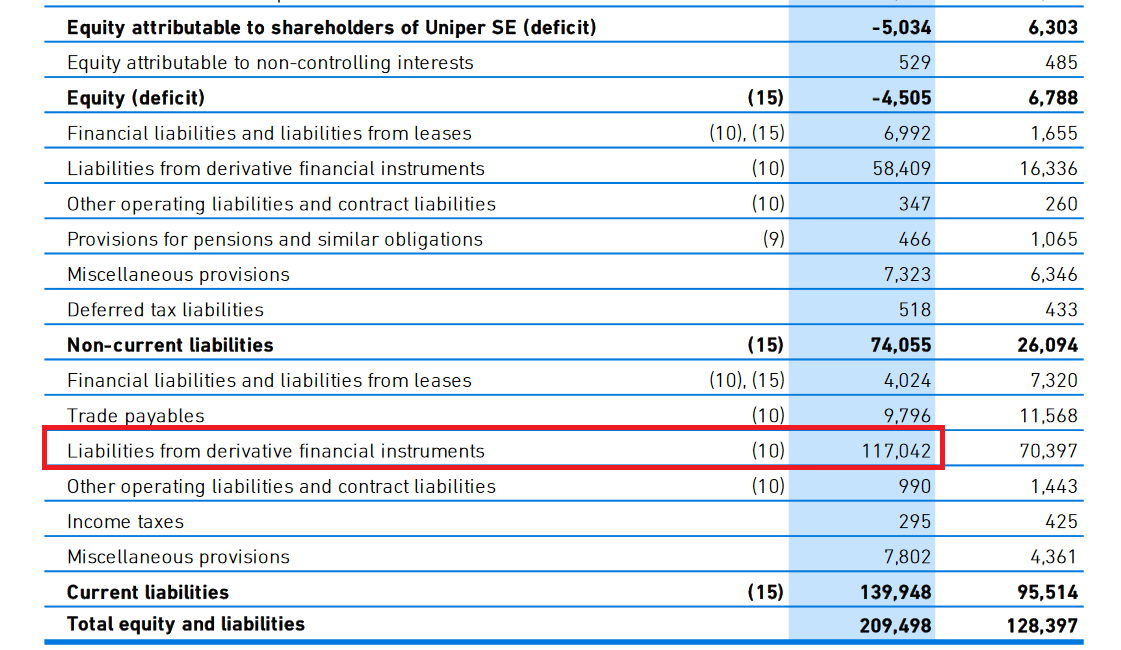 The expenses related to these hedging positions exceed €117 billion for the company. One can imagine that these positions become toxic as soon as they can no longer be honored. If a price ceiling were to be put in place or a significant reduction in consumption were to be introduced, the company would no longer be able to cover the "short" position initially planned for a hedging need. The company would then be forced to take such a large loss that it would put the clearing bank, which is the counterparty to this hedge position, at risk.

After the Lehman crisis, it is to be hoped that central banks have installed warning devices to prevent such a risk from spreading to the entire banking sector. A rescue of these institutions is probably on the table. Financing operations (swaps) between the Fed and the ECB are also to be expected in order to prevent this energy crisis from turning into a serious financial crisis. And it is precisely this risk that weighs on the euro. In effect, the European currency could pay the price of these interventions. At the end of the day, every ECB rescue operation comes at the cost of a devaluation of the European currency.

Clearly, the European taxpayer will pay twice: after having suffered the increase in energy prices on his electricity and gas bill, the rescue of the European energy sector will devalue the currency. This is another argument to buy precious metals now, while there are still some left!