Refiner Nyrstar NV announced this week that its Dutch plant has been placed on indefinite maintenance. Production costs, which have skyrocketed due to the energy crisis, are no longer sufficient to ensure profitable operations. Producing is more expensive than stopping everything. With the closure of this plant alone, the industry will have to do without 315,000 tonnes of zinc production capacity per year.

Upon hearing the news, zinc rallied, heading back to its highs after the metal's sharp correction this summer: 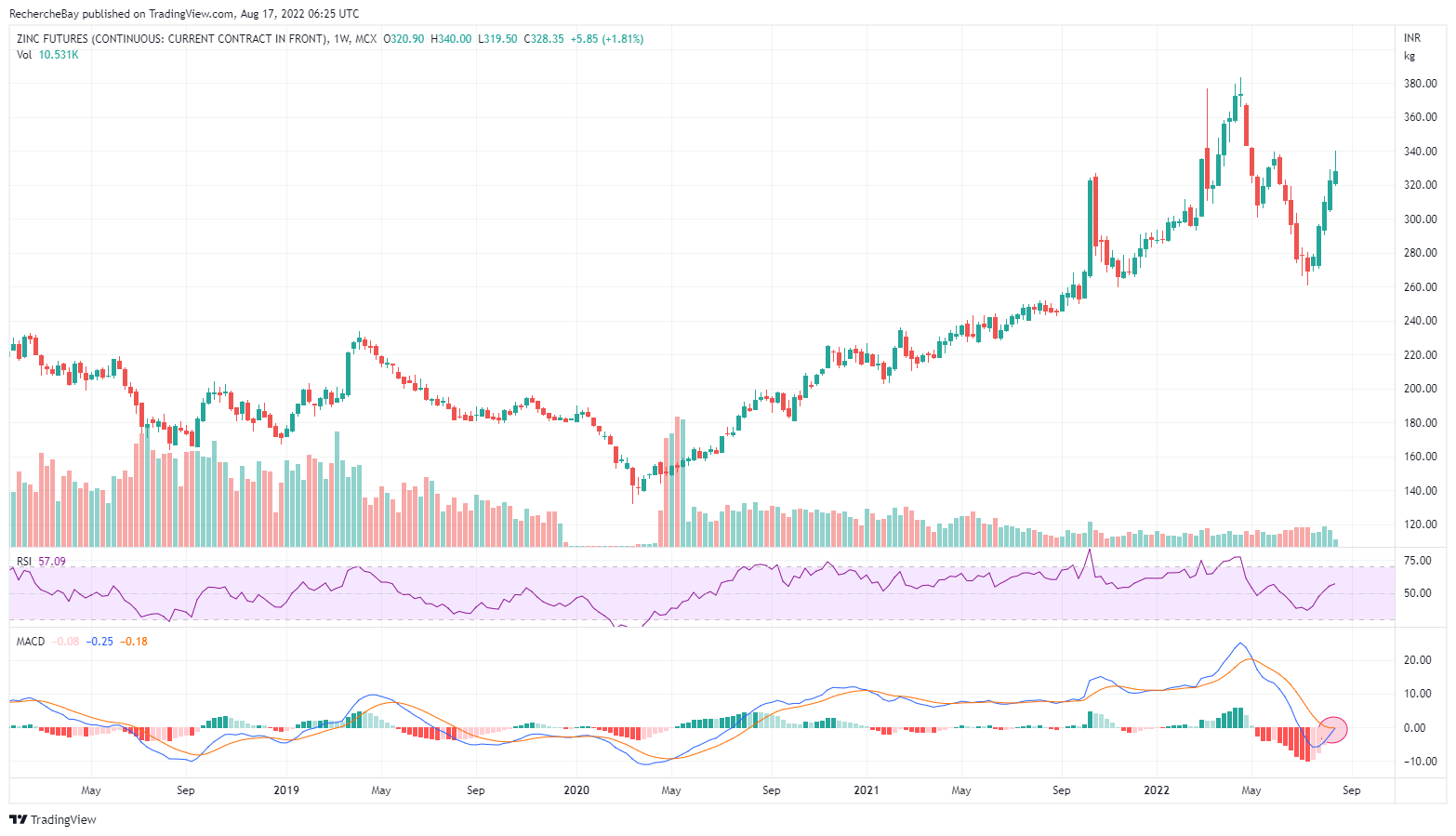 With such a supply cut, LME stocks are likely to fall further, making price control via the futures market all the more perilous.

Earlier this month, Glencore warned of a real squeeze on zinc production capacity in Europe. Production is down 47,500 tonnes compared to the same time last year, and that's just the beginning. Due to the shutdown of European plants caused by rising electricity prices, a significant decrease in available metal can be expected by the end of the year.

The energy crisis is growing throughout the continent. The price of gas continues to rise. In the Netherlands, the September natural gas futures contract reached a high this week: 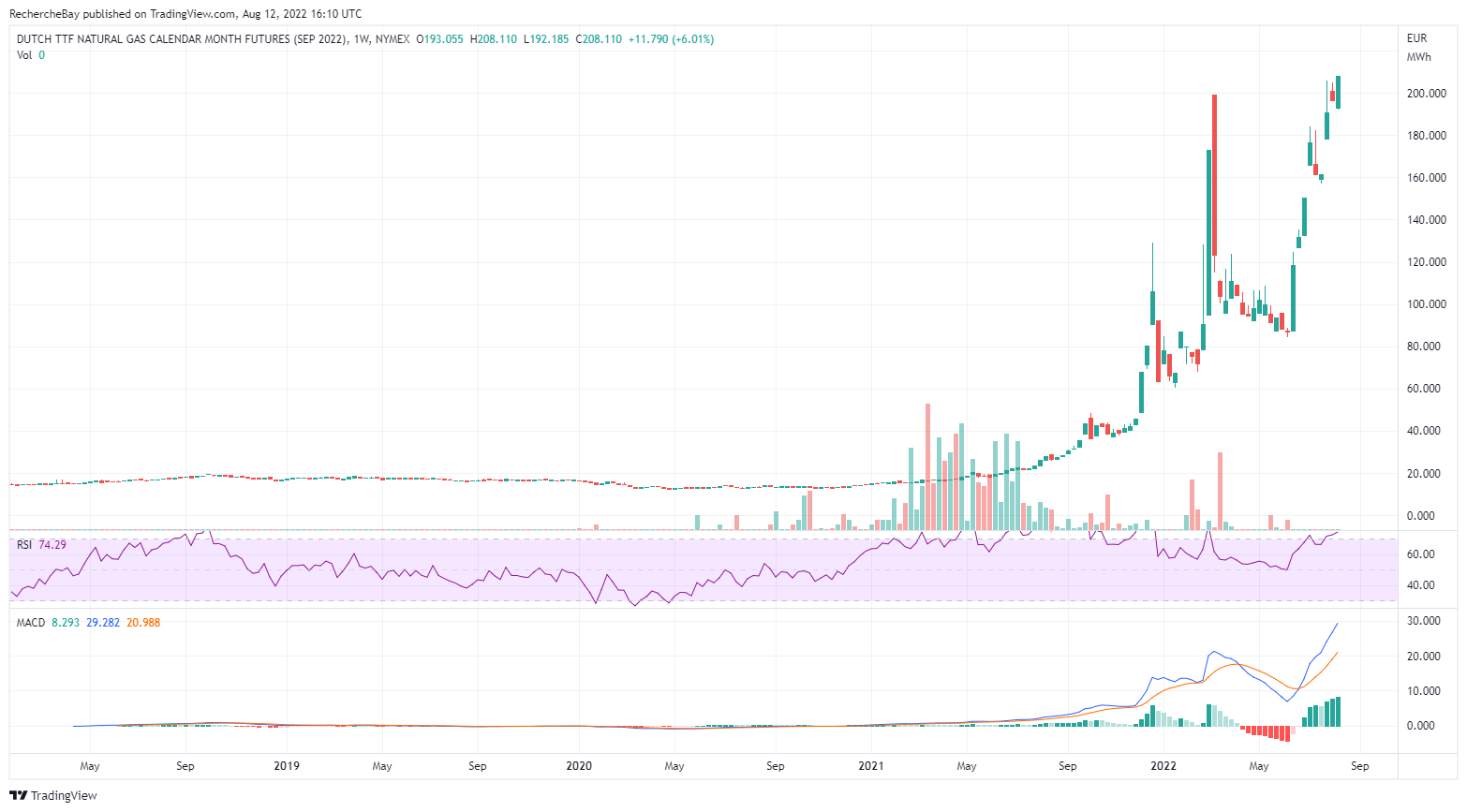 The costs of electricity futures contracts are soaring to new highs in Germany and France. Prices have already doubled in Germany since June. Electricity costs ten times more in Europe than two years ago! 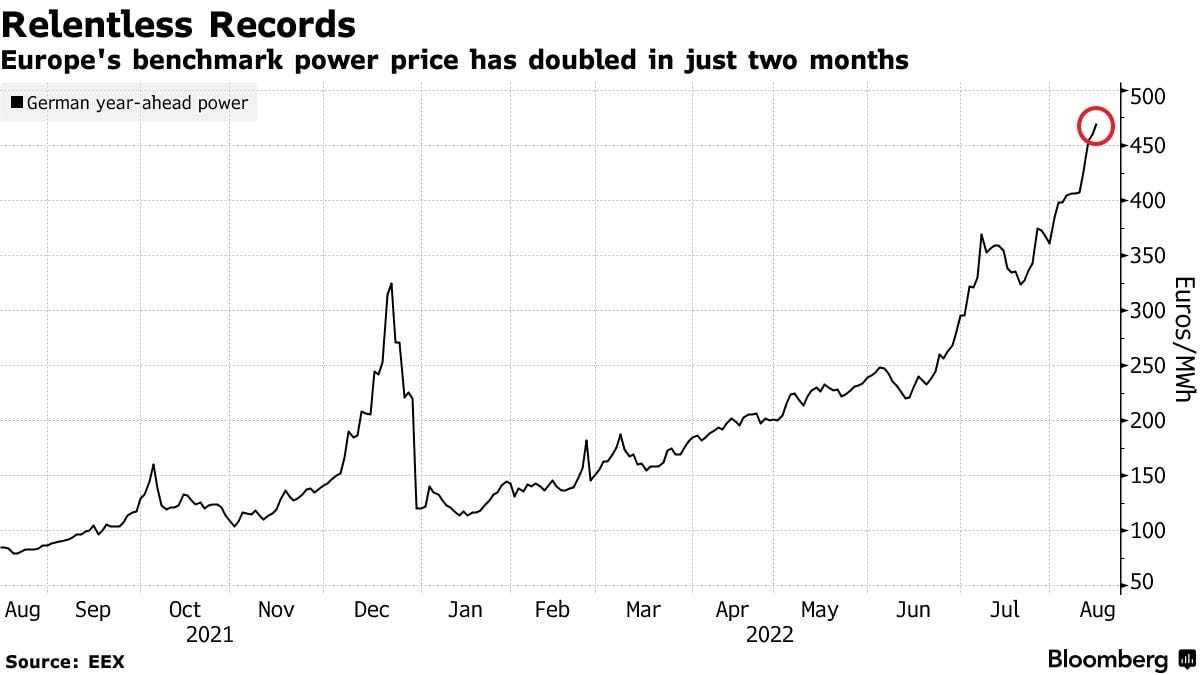 This situation has brought the recession forecast to its highest level since the Covid-19 crisis. The virus had brought the economy to a halt, and now it is the rise in energy prices that is likely to put a damper on activity in Europe. 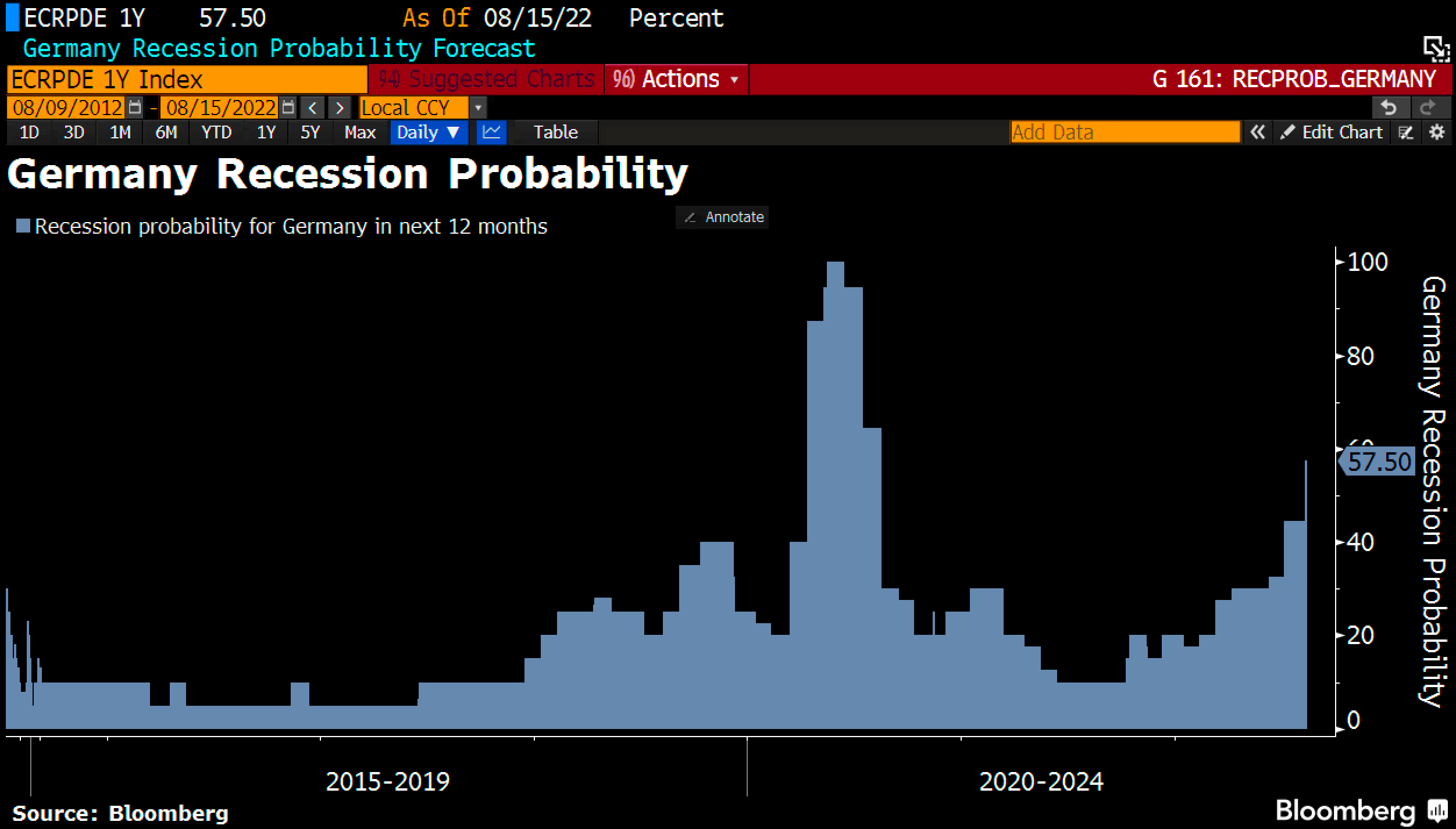 This rise in energy prices makes the metal refining industry uncompetitive on the European continent and threatens to see an entire industrial sector desert the Old Continent. Zinc production is affected, but other metals will undoubtedly be impacted soon.

Another metal whose stocks are melting away: platinum. Only 124,000 ounces remain in the "Registered" portion of the COMEX's inventory, while the last active month saw over 130,000 ounces of demand for delivery. If the raid continues, the next active month (October) should see the remaining ounces eligible for delivery completely removed from the COMEX. The metal would then find itself in a squeeze, leaving short speculators in a very uncomfortable position. Volatility in platinum is likely to be back in the news by the end of the year! 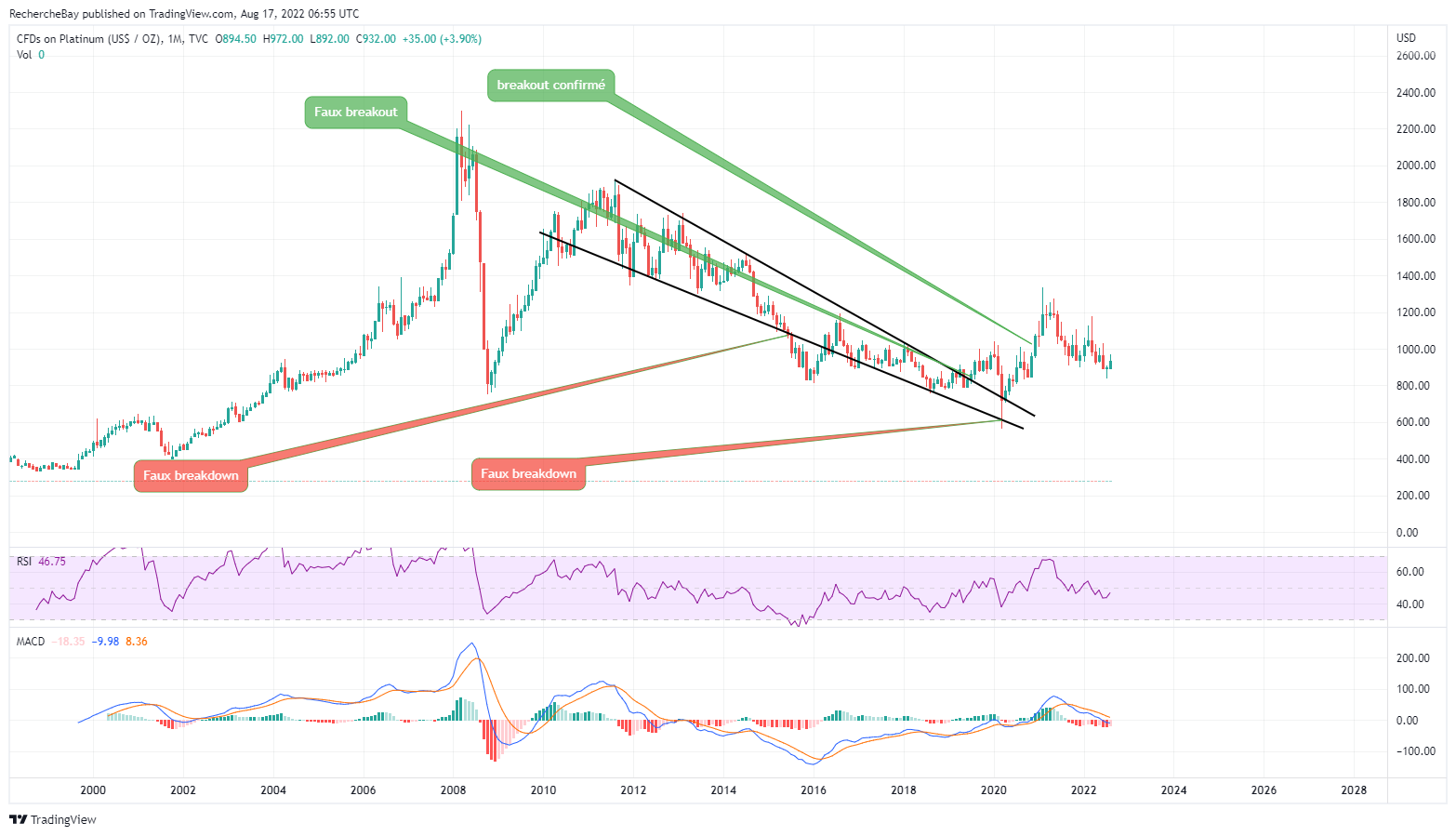 In any case, speculators continue to bet on the decline of commodities. Every week, global slowdown figures support their downside bets on futures.

The risks of a slowdown now extend from Europe to the United States, via China.

In a move that surprised the markets, China's central bank cut policy rates last week in an attempt to stem the slowdown in the property sector, which is beginning to take its toll on Chinese consumer sentiment and overall activity. Unemployment among young people (16-24) is now approaching 20% in the country and only aggressive monetary or fiscal intervention will be able to revive the Chinese engine.

As in China, the real estate market is a concern in the US. The NAHB index, which measures activity in the sector, has been in free fall for the past eight months and the correction underway is looking more and more like the one observed in 2007: 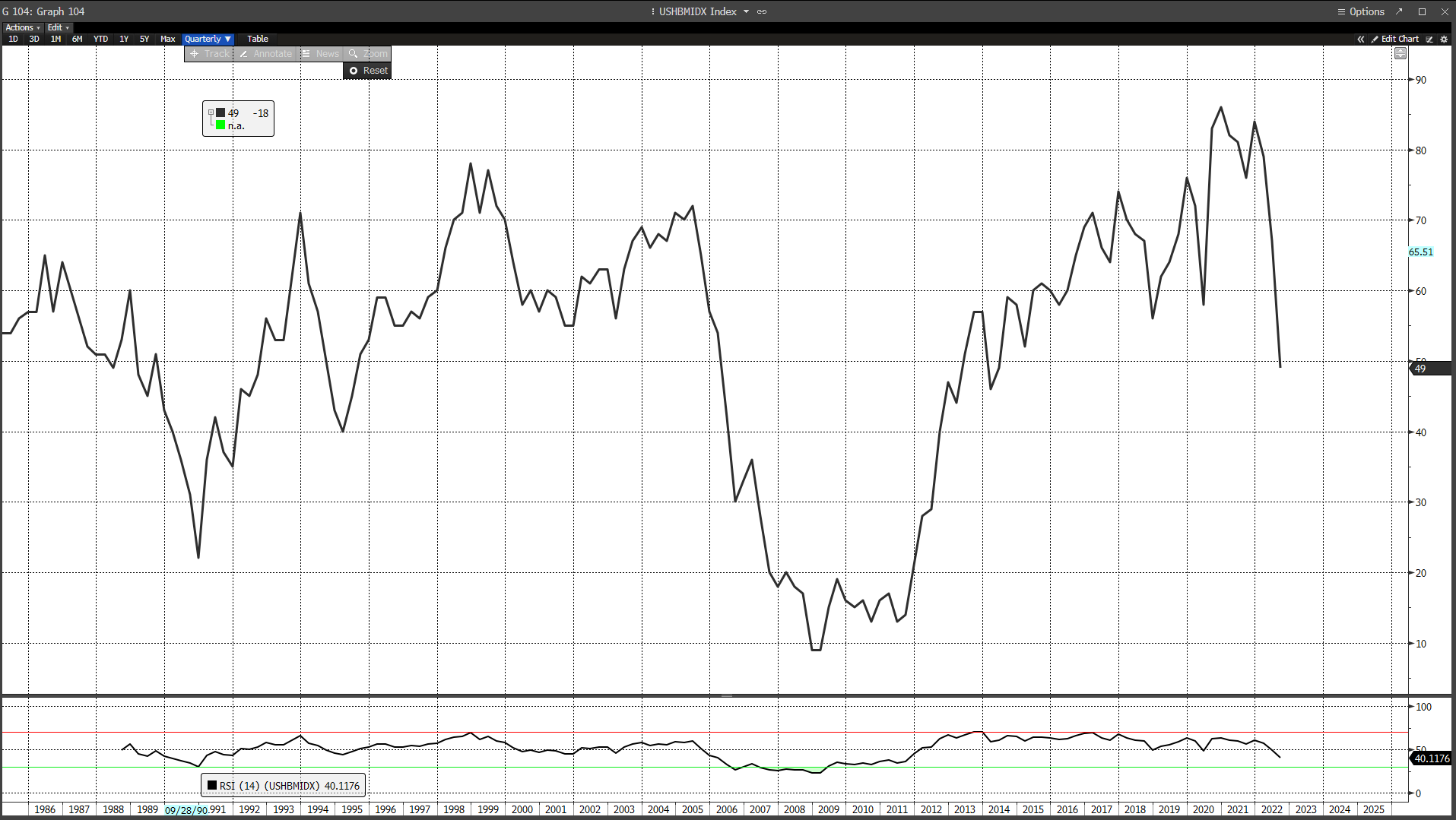 U.S. 10-year yields are already too high for the market, and given the importance of real estate in US economic cycles, one can only worry about the vitality of activity on the other side of the Atlantic in the coming six months. The new orders index fell thirty-six points to -29.6, while the shipments index dropped nearly fifty points to -24.1, indicating a sharp decline in orders and shipments.

While the country will likely avoid a contraction this semester and technically escape recession, the early signs of slowdown are worrisome and likely require an adjustment in current monetary policy.

However, the current slowdown is occurring in a much less fragile environment than in 2007. The number of defaults on loan repayments is still far from the level seen before the financial crisis. The situation of US banks is also not the same... 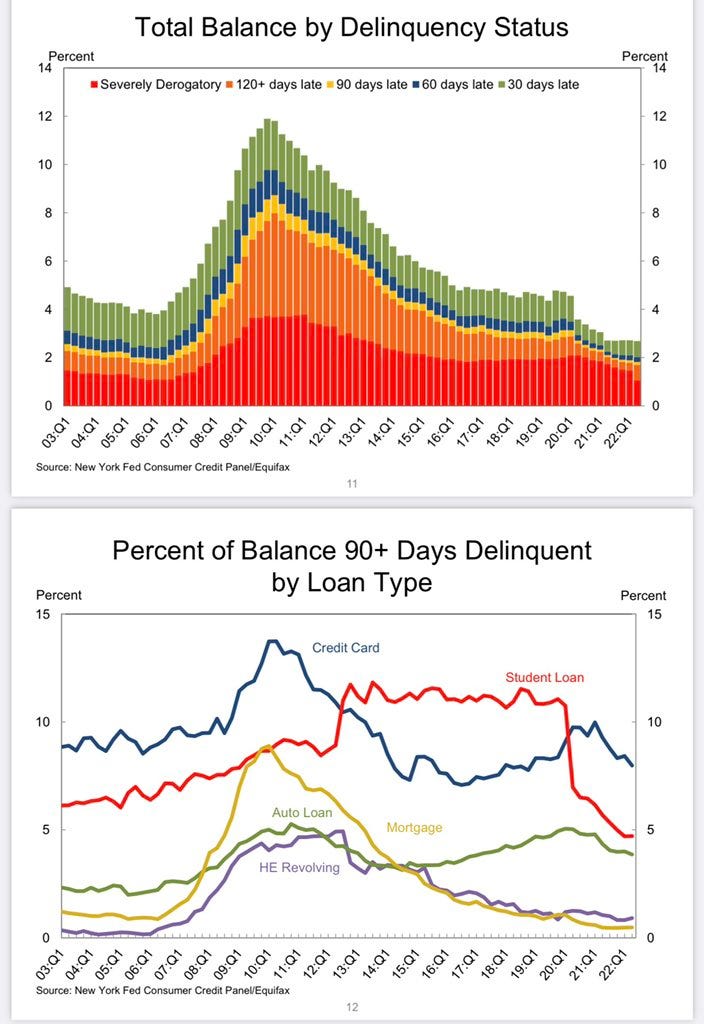 Is the system up to the task this time?

Or is the fall in real estate activity likely to turn the hoped-for soft landing into a full-blown recession?

The question is clearly still open. With recession all but assured in Europe, it is logical to see the dollar benefit from this environment for an extended period. In the US, the market is also rebounding much more than in Europe.

With the euro back near parity and the DXY index rising toward its highs, gold remains under pressure below $1,800.

Taking advantage of the price decline, central banks added 59 net tons to global gold reserves during June. Central banks continue to increase their gold holdings since the beginning of the year.

The Indian central bank even added 12.5 tons of gold to its reserves in July - the highest monthly purchase since September 2021 (18.7 tons). This brings its total gold reserves to 781.3 tons, up 27.2 tons since the beginning of the year.

Silver is starting to outperform gold in early August. This is a positive sign for the sector. As I wrote last week in my subscribers-only newsletter:

"Weekly, silver has returned to its support broken through in June. If the false breakdown is confirmed, there is enough energy for silver to very impulsively regain the top of the bullish flag and challenge its ultimate breakout by the end of the year.

The harmonic bullish pattern detected in our previous bulletins has worked. The first bullish target was reached this week.

As we have seen many times, the mining index is correlated (for a reason that we will explain one day ...) to the silver index.

If this correlation is met again, this positive setup (to be confirmed) bodes well for the ongoing rebound in mining, despite the current weakness in the sector." 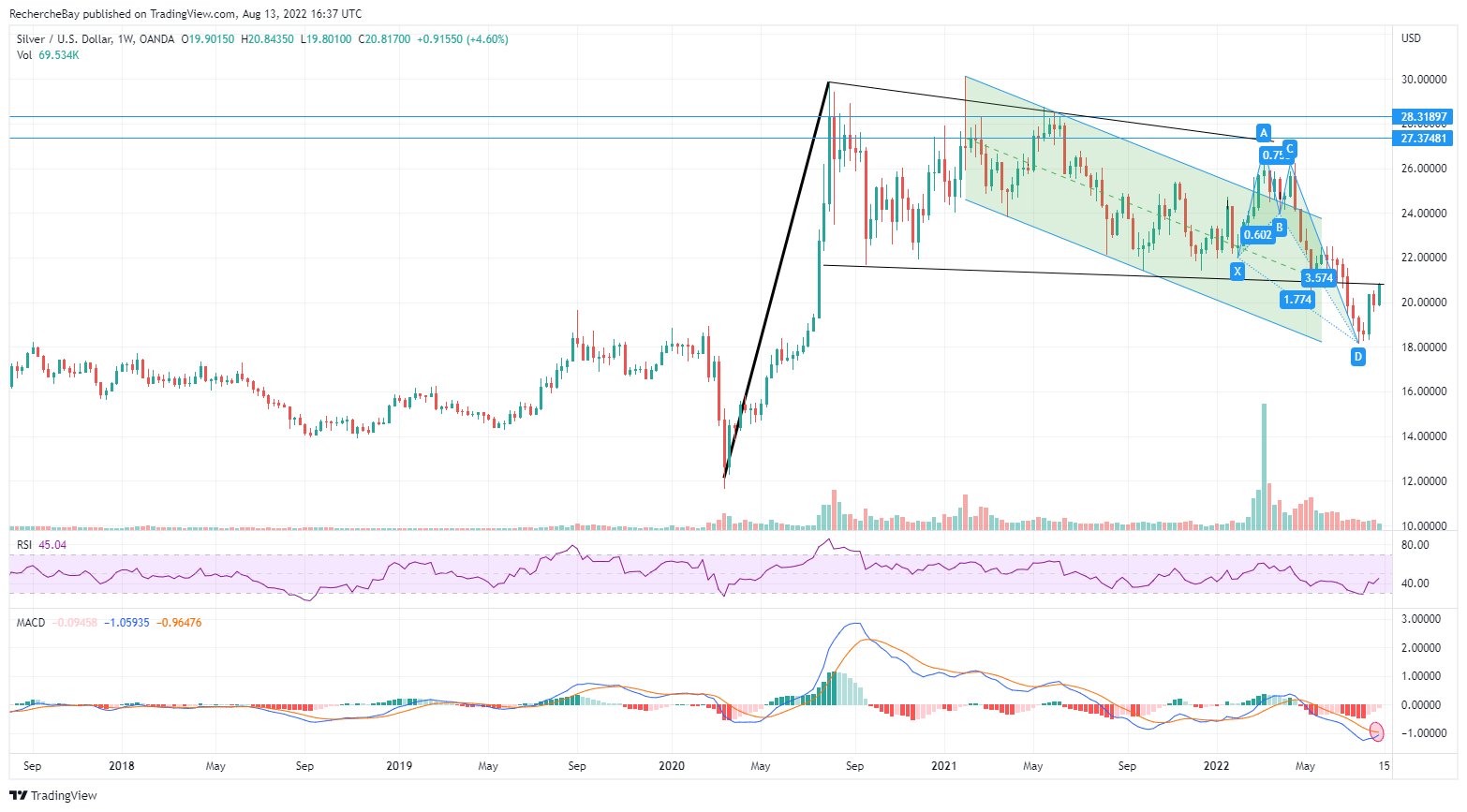