In my previous article I mentioned the large number of open put positions on the markets. Here is what I wrote: "One major element is nevertheless protecting the indices from a downturn: the number of open bearish positions on the SPX is at a record high. These peaks of pessimism often coincide with market rebounds. Market makers love this type of configuration to initiate squeezes when too many put positions are open."

I was expecting a market rebound, but not as sharp! In the hours following my publication, technology stocks posted one of the largest daily gains in the history of the index.

The Nasdaq's 9.4% gain marks the biggest two-session gain for the index since 2008. 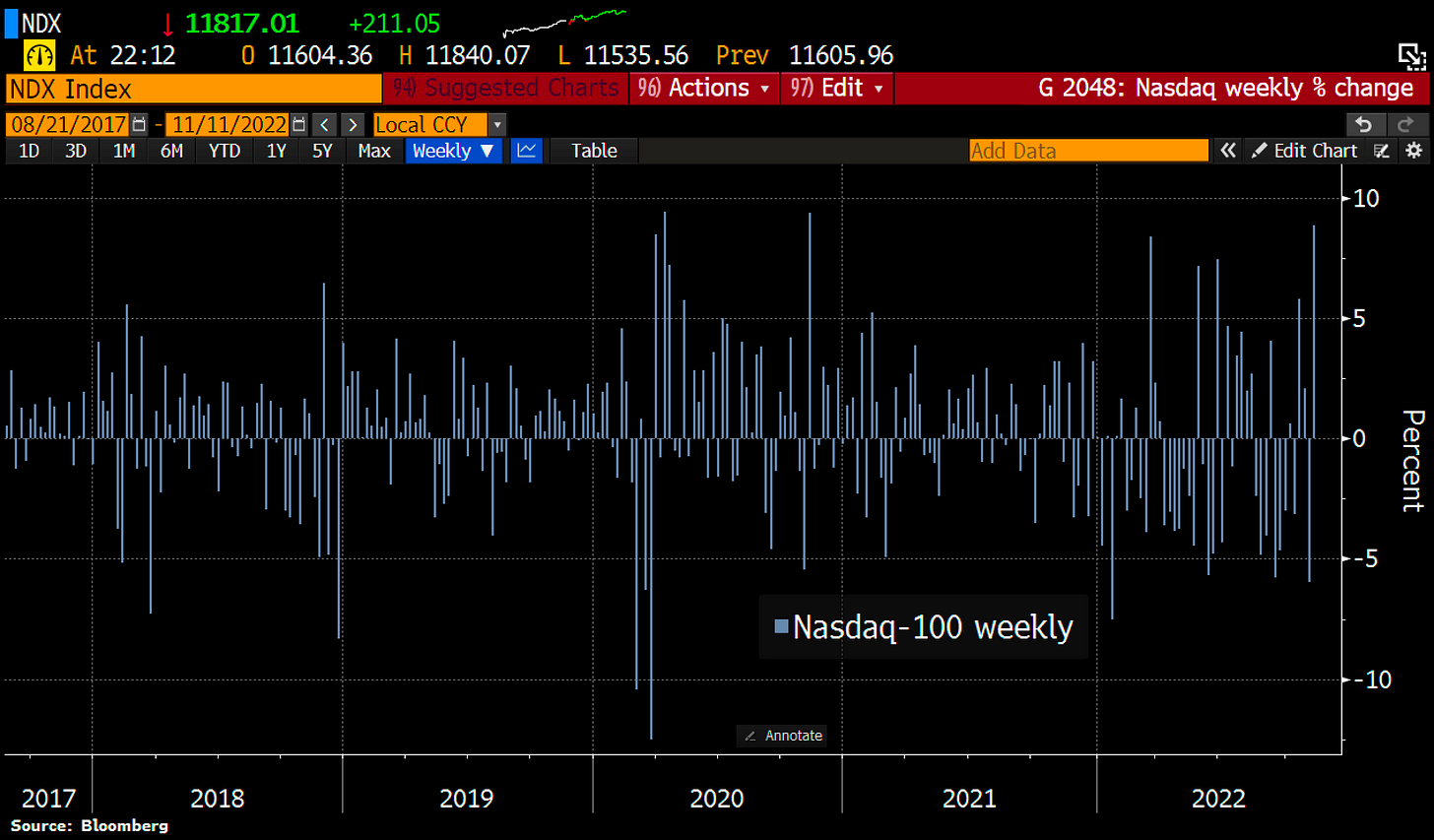 It has to be said that the tech sector still has emulated. The decline recorded since the beginning of the year is seen as an opportunity for a large majority of investors.

This is even more true in China, where a recent Bloomberg survey shows that 71% of small investors and 57% of institutional investors prefer technology stocks to other stocks in order to "play" the index rebound. 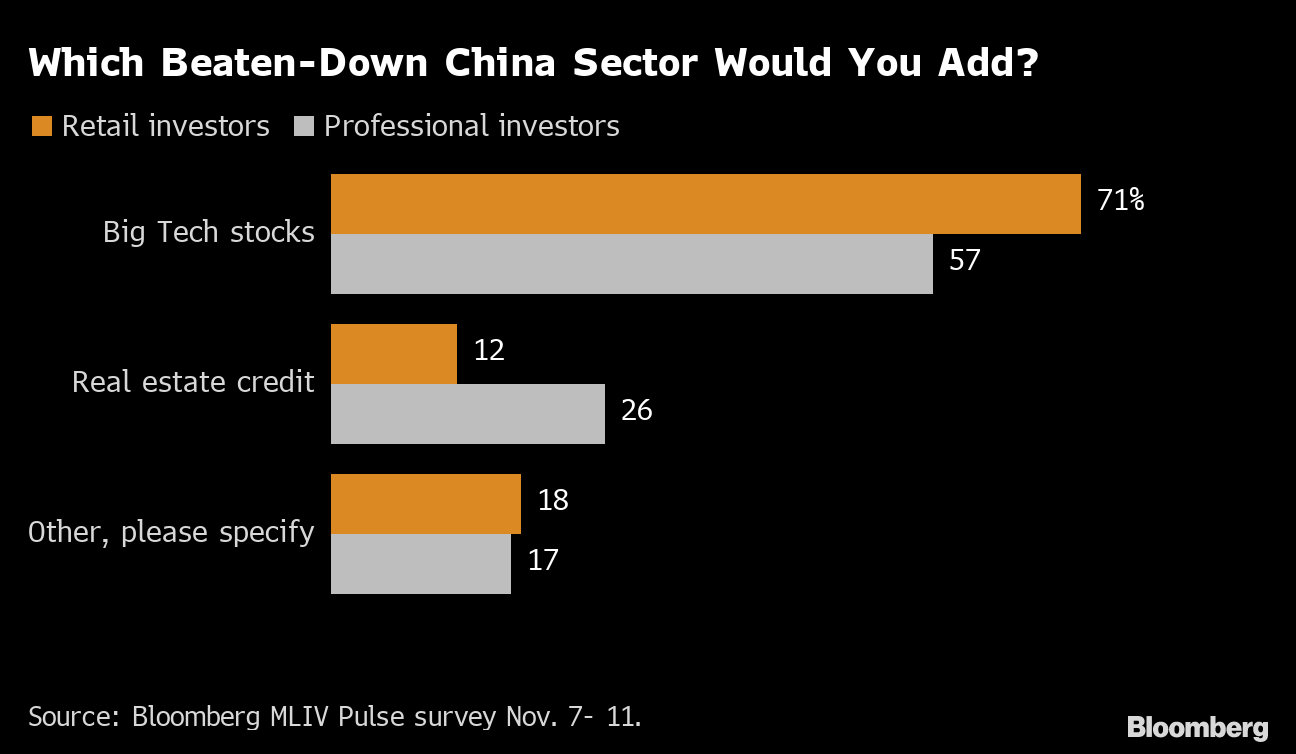 In just a few sessions, the Put/Call ratio went from 1.3 to 0.6, marking one of the fastest short squeezes in history!

The renewed optimism on the technos contrasts deeply with the ongoing deterioration of the cryptocurrency sector. The FTX scandal has sent shockwaves that are now spreading to other crypto platforms.

Leading cryptocurrency lender, Genesis Capital, is in turn affected by “abnormal withdrawal requests" which have exceeded its current liquidity. Genesis announced this Wednesday "to temporarily suspend redemptions and new loan originations" for its clients. The company also has to deal with locked up funds in the bankrupt exchange.

The current crisis is a reminder of how important it is to know the product and the counterparty of the product you are investing in.

Storing bitcoins in its own "cold wallet", outside centralized platforms, is now crucial: "Not your keys, not your coins".

This sentence obviously evokes the same recommendation addressed to investors in physical gold: "If you don't hold it, you don't own it".

As with unassigned bitcoins, unallocated physical gold held through an institution can be rehypothecated. Withdrawing your investment during a run on the physical metal exposes you to the same risks as those seen during the "crypto run".

The risky investment in a crypto exchange or a secondary token is also reminiscent of a derivative investment in a "paper gold" derivative product (ETF, future contract, certificate): this does not expose to the same level of risk as a purchase of physical gold and even presents an investment risk in case of default of the counterparty, namely the issuer of the paper product.

Even if the risks of contagion seem to be limited to the cryptocurrency sector for the moment, the consequences of this new black swan remain unknown and are slowing down the market recovery. 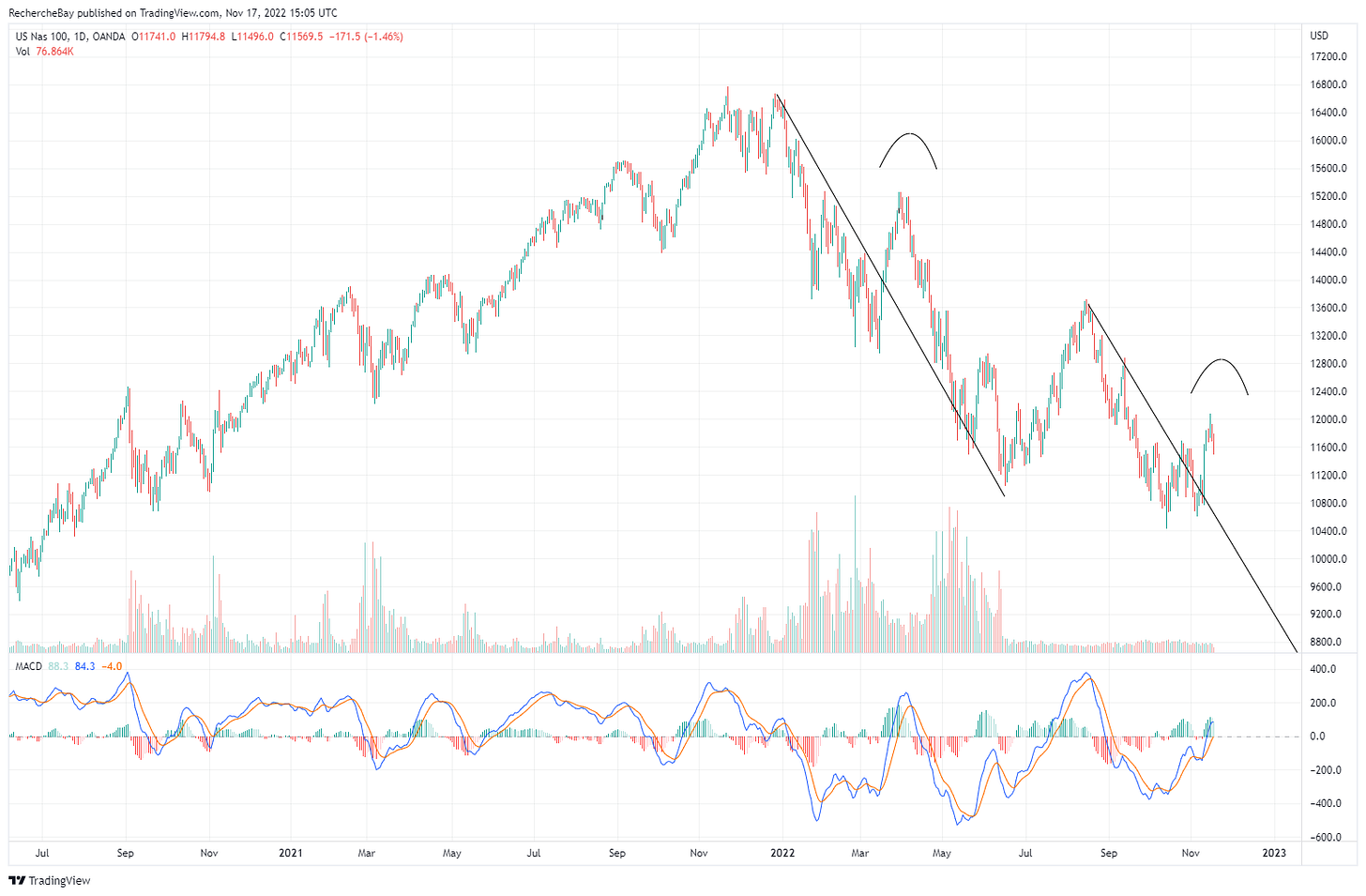 The violence of the rebound generated by the short squeeze does not allow the Nasdaq to fully confirm its downward trend for the moment, and the risks of a new "dead cat bounce" are increasingly felt.

It must be said that the economic indicators continue to deteriorate in the United States.

About 37% of small businesses, which employ nearly half of all Americans working in the private sector, were unable to pay their rent in full in October, according to a survey by the Alignable Institute.

According to the same study, about 49% of restaurants were unable to pay their rent in October, up from 36% in September.

The real economy is beginning to feel the tangible effects of the economic slowdown caused by the Fed's aggressive rate hike policy.

Against this backdrop, recession fears continue to weigh on commodity prices. Neither gold nor silver were able to follow through on last week's breakout.

Silver consolidates after reaching the top of the bearish channel started in 2021, while holding the support broken last week 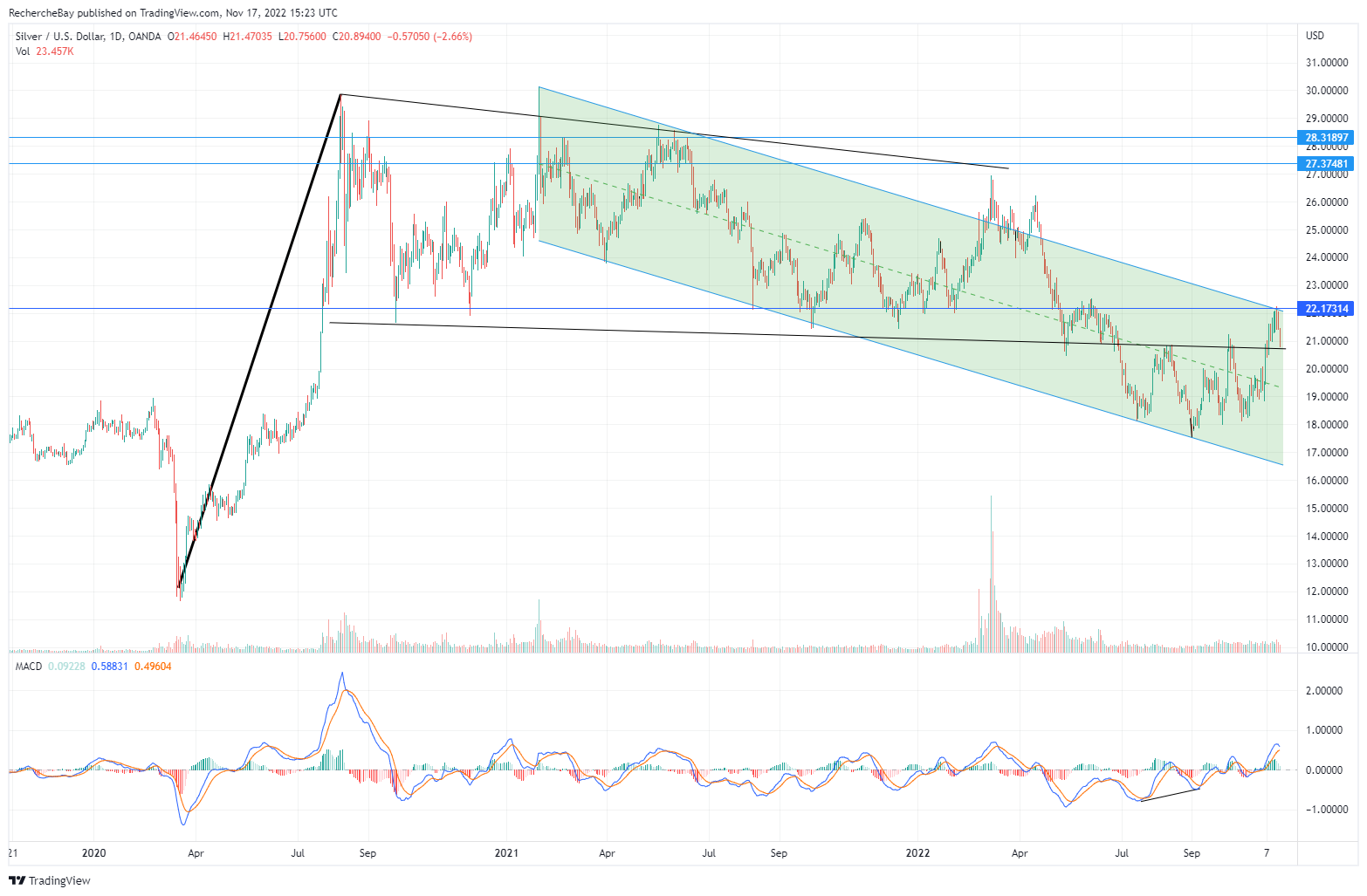 Allocation levels in gold ETFs do not indicate a return of interest in the yellow metal by institutional investors: 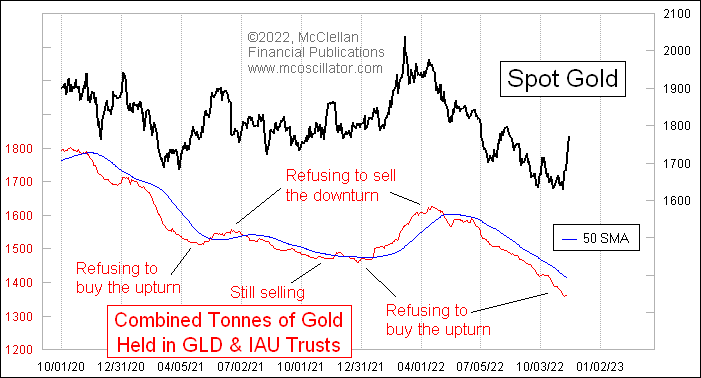 On the other hand, mining sentiment finally seems to be improving. It must be said that we had reached a low in the sector and that seeing it deteriorate further had become impossible!

The financing files of the juniors that I follow seem to be regaining some color. We are still far from the activity of 2020, but it is still better than last summer. Fundraising is even significantly higher for the most sought-after projects. This is proof of renewed attention for the sector. This suggests at least a medium-term rebound in precious metals prices.

In the physical market, the situation is becoming increasingly tense on the COMEX silver inventories, which now only represent 1,000 tons in the "registered" (available for delivery) category.

24,000 tons of silver are mined in the world each year. This is a very small fraction of the world's mined metals: 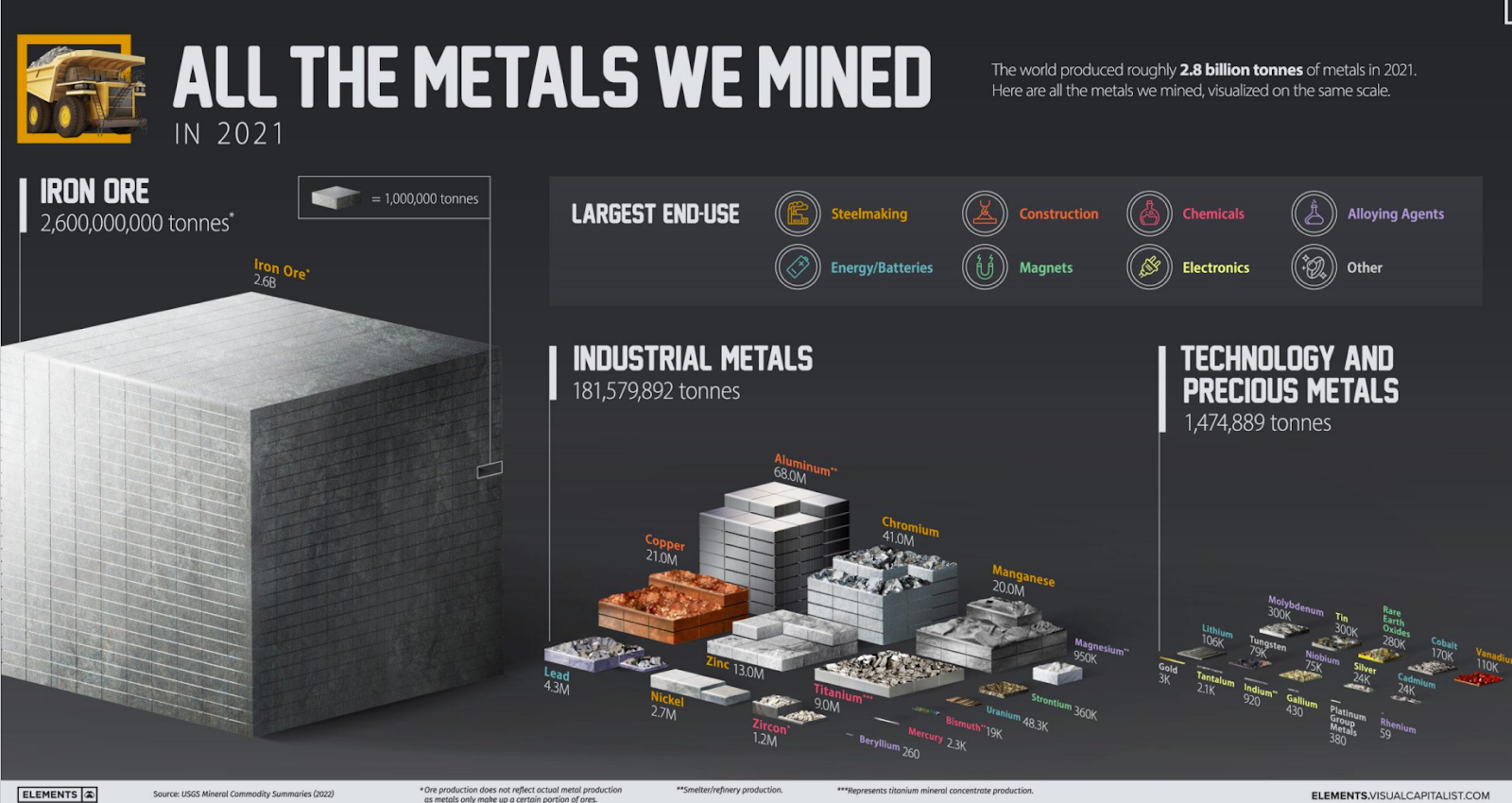 When we talk about silver, we often forget this fact: silver is no longer mined in sufficient quantities to meet industrial needs.

In recent years, a very large investment demand, especially from India, has added to the demand.

The low level of COMEX inventories demonstrates the tightness of the physical market and points to silver shortages in the coming months.