The yen (JPY) continues to fall against the dollar. Inflation figures released on June 4 came out weaker than expected at +2.4%, leading the BoJ president to continue his accommodative monetary policy by buying Japanese debt and keeping rates on the floor. No inflation in Japan for the moment, so speculators have started to sell the yen again, as Japanese monetary policy is now the opposite of the Fed's policy. The USD/JPY chart is once again showing a bullish pattern: 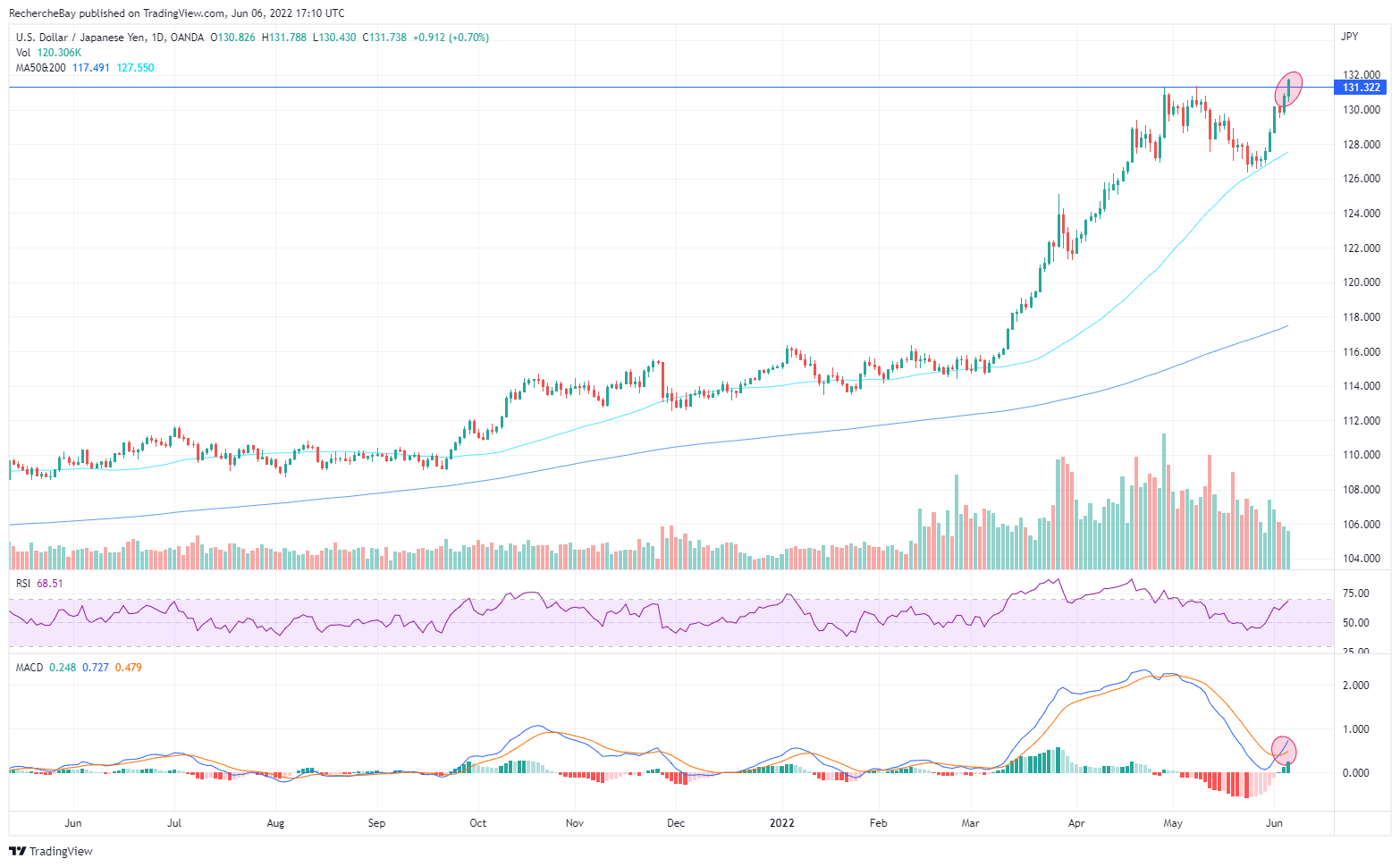 Under these conditions, US rates are rising again. The U.S. 10-year is back above 3%, having bounced off its MA50: 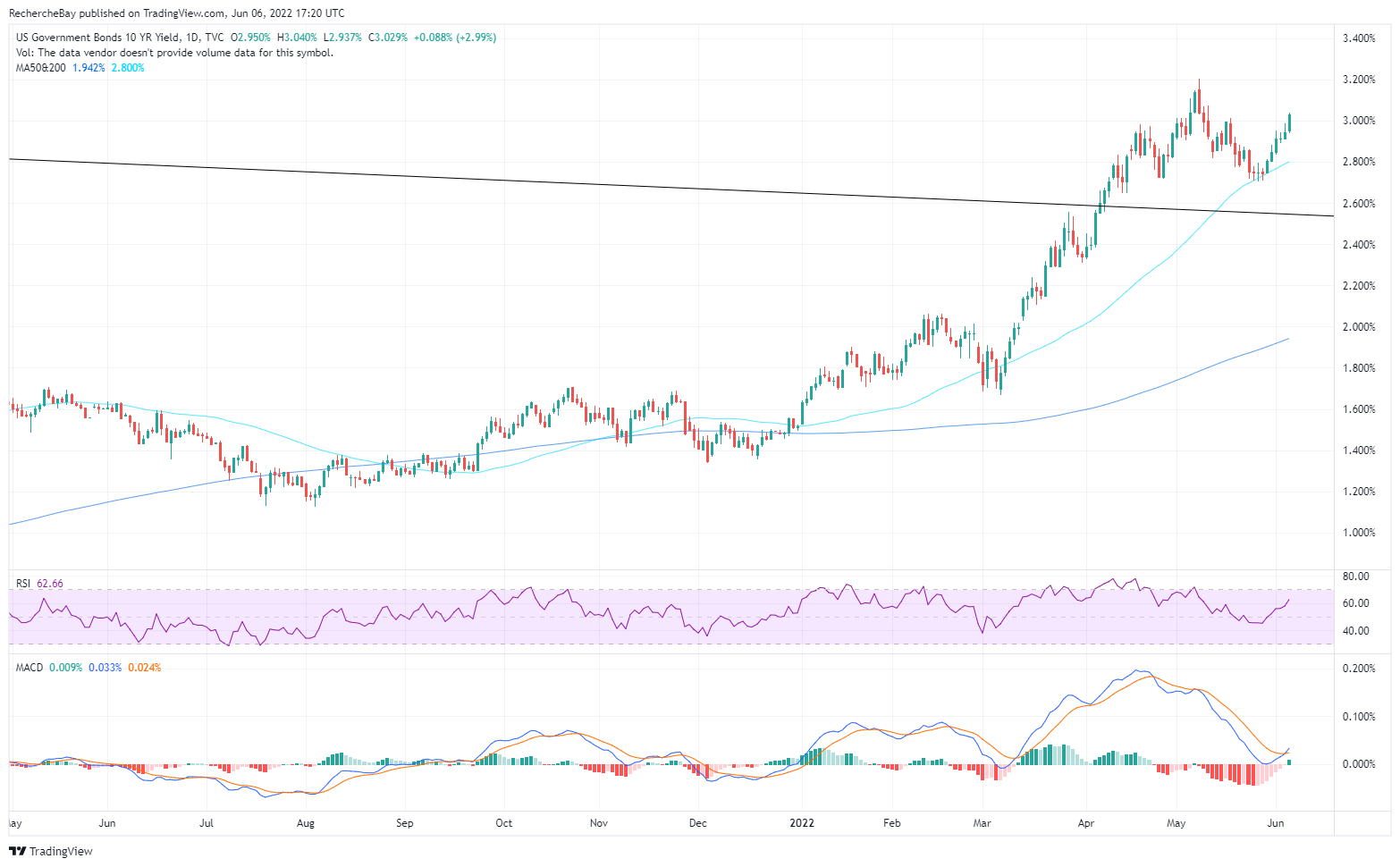 But it is on the German 2-year that the rise is the most spectacular. The period of negative rates in Germany ended very abruptly. 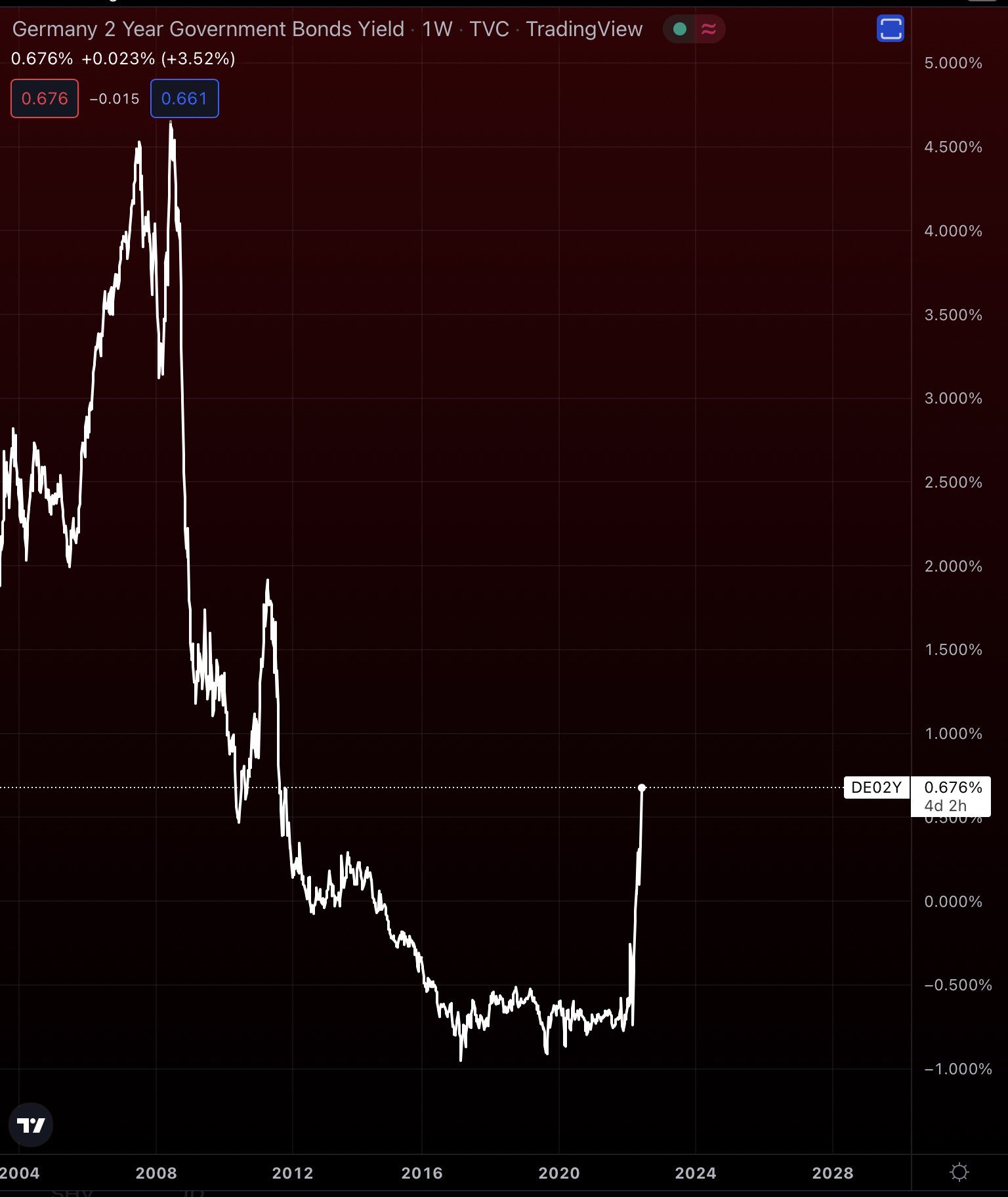 The crash on German bonds is historic. Since the beginning of the year (in just five months), the loss on the German TVC 20Y is almost 40%. Never seen on this type of product in such a short time. 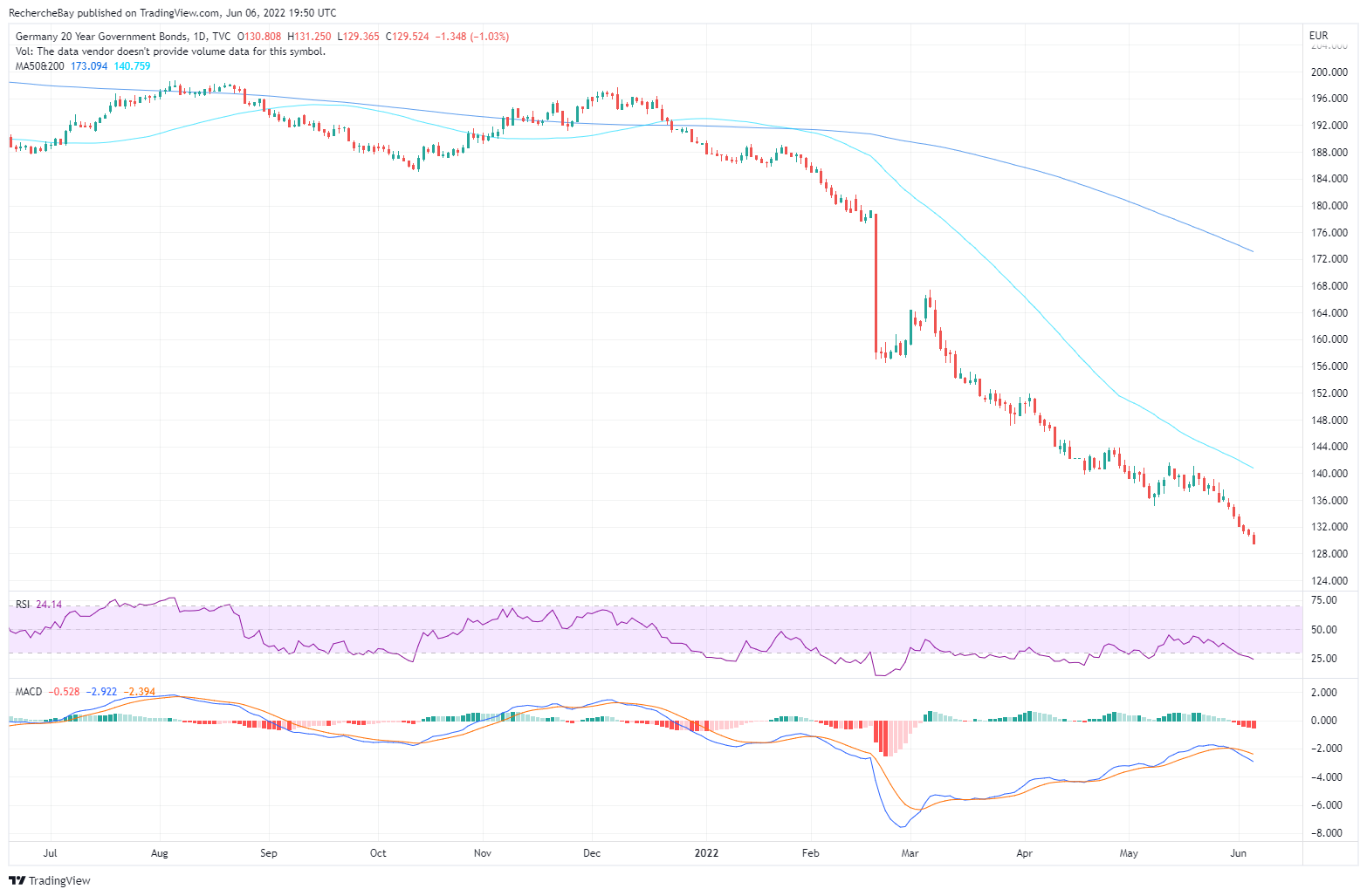 Gold held up around $1850 in May, in part due to very strong physical demand. Record sales by the US Mint, strong demand in Europe and renewed activity in India. In India, the figures are quite spectacular: India imported 101 tons of gold in May, an increase of 677% compared to the same month last year! 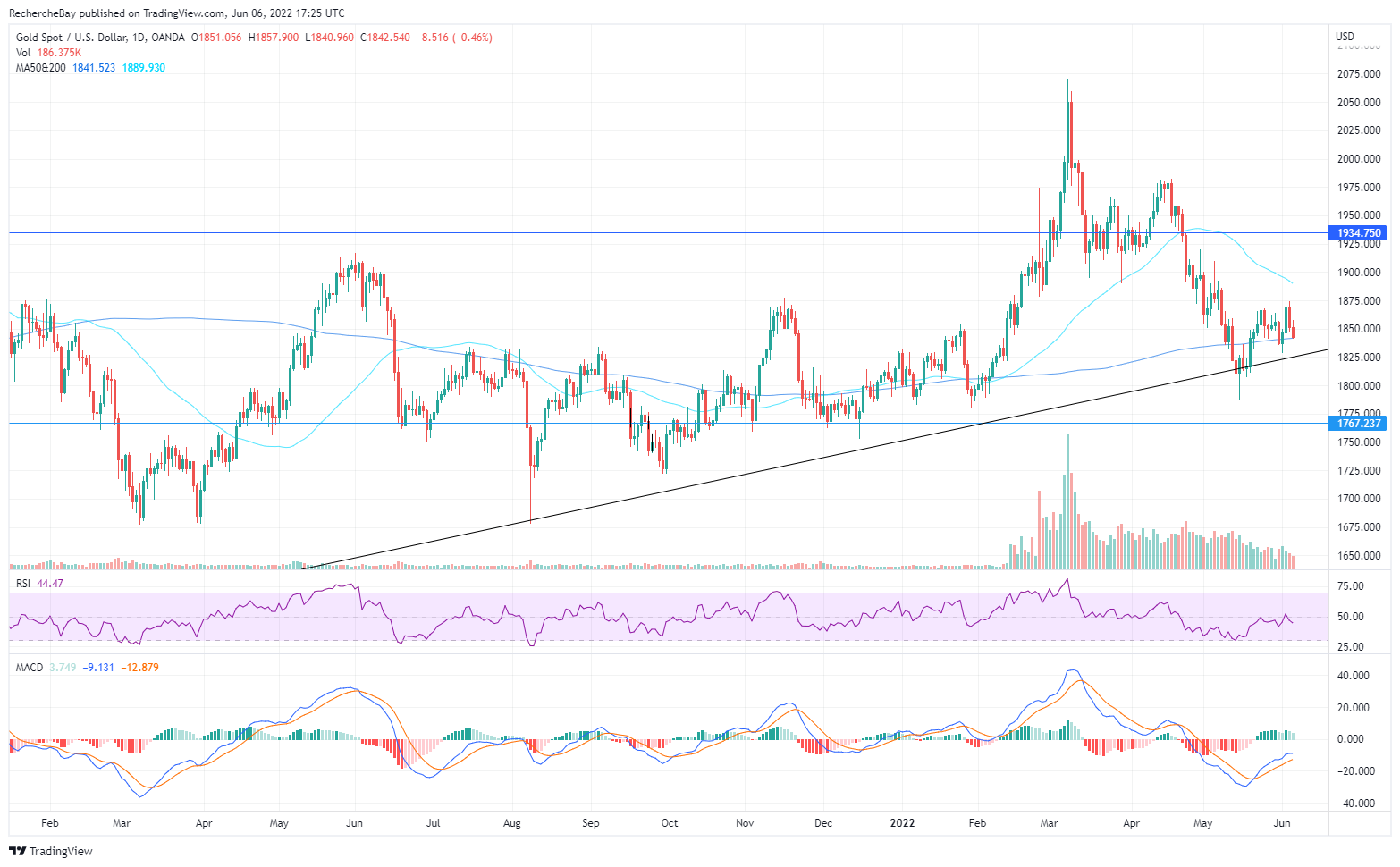 At the Swiss Mining Institute last week, Rick Rule said he expects some weakness in gold prices in the short term, due in part to the rise in the dollar as a result of de-leveraging caused by the Fed's change in monetary policy.

Gold is holding up at a very high level relative to real rates. This resilience is due to strong physical demand, but according to Rick Rule, gold's resistance is threatened in the short term. 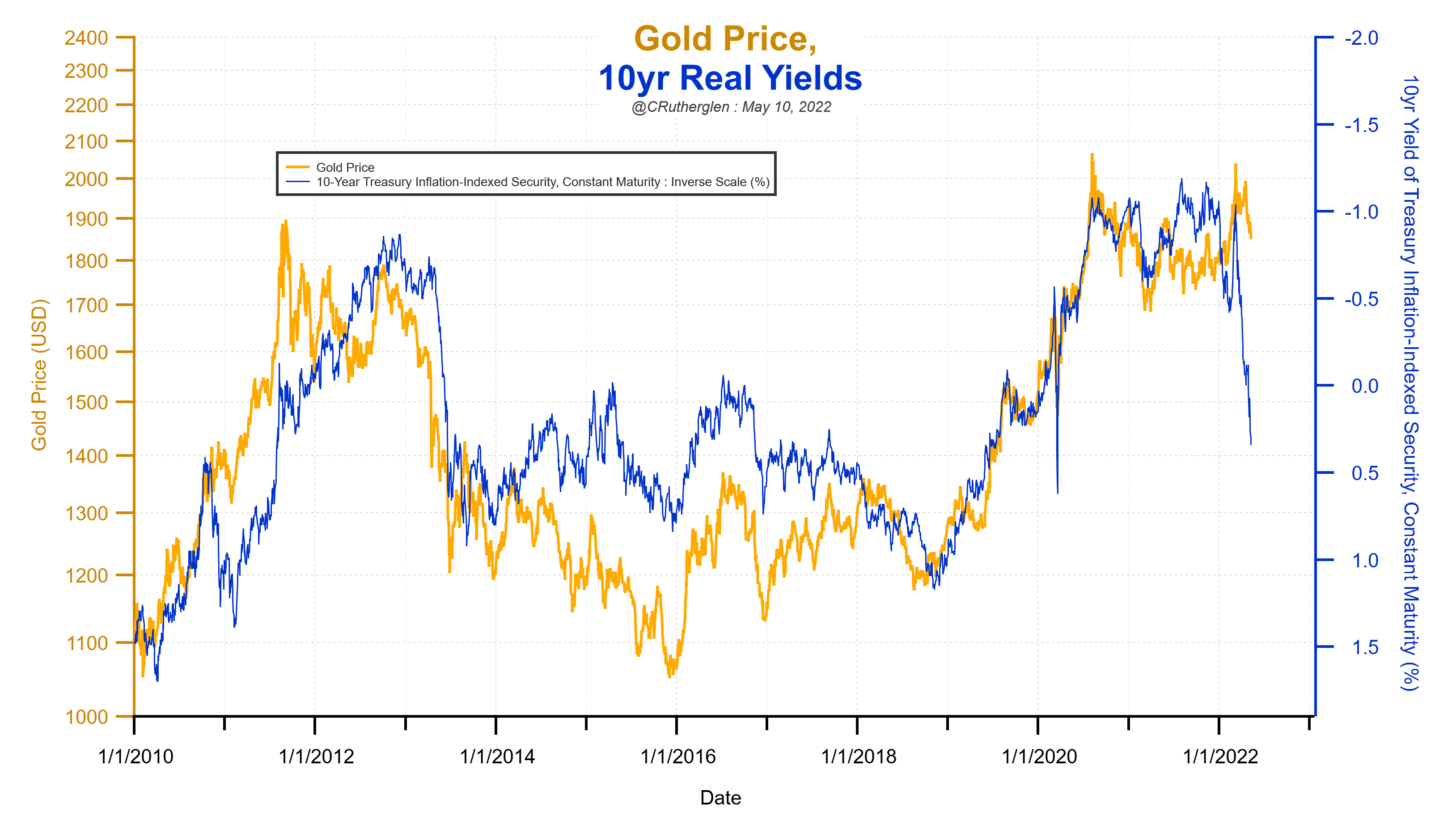 Will gold eventually correct? Speculators betting on gold's decline are relying on unfavorable indicators: rising dollar / rising rates... but they are also looking at the supply chain situation which finally seems to be slightly improving due to the end of Chinese lockdown... and also due to the economic slowdown which is starting mainly in Europe, due in particular to the conflict in Ukraine. The latest figures for manufacturing orders in Germany are down by -2.7% compared to last month, while we were expecting a recovery of +0.4%. The recession is probably already underway in Germany.

In the US, the economy is holding up better. Hilton's CEO announced that the summer period was going to be the best in the hotel chain's history. Caterpillar reported record demand for its construction equipment. Sales figures show continued strong demand from American consumers.

But this situation may not last.

Some economists are now anticipating a recession and are already seeing several signs of a slowdown: indicators of business inventory levels are up, and consumer savings levels are back to the lowest levels since the 2008 financial crisis.

Americans have spent their government subsidies, and whatever they were able to put aside during the lockdown. It is their credit cards that are supporting consumption now. There are already no more reserves to support next quarter's consumption. 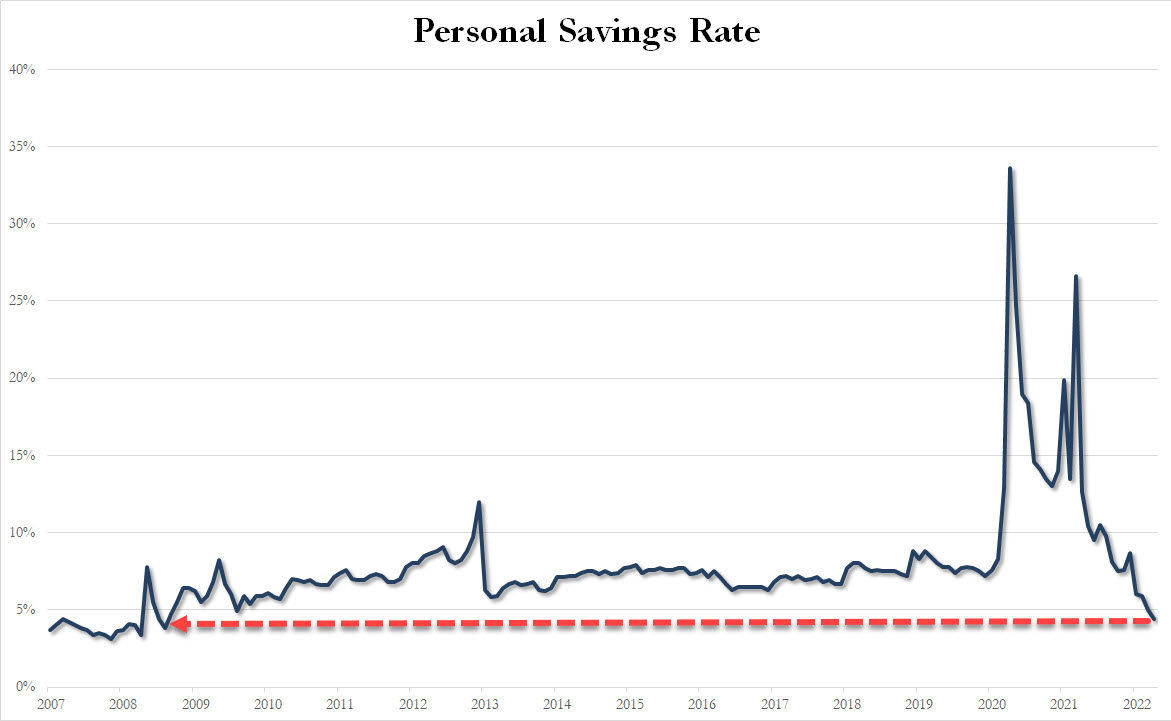 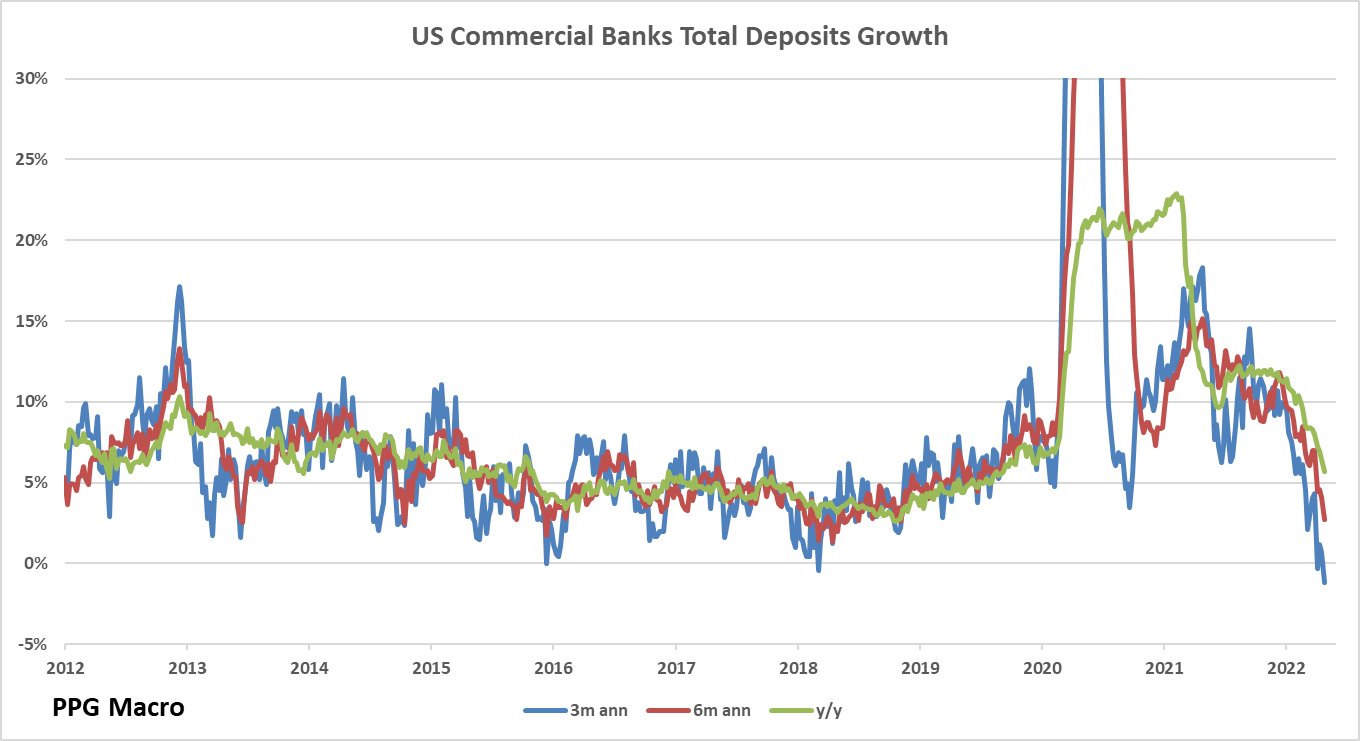 Another sign of a slowdown to come is that employment numbers are starting to reverse. The movement is most visible in the startup sector:

But according to these observers, the turnaround in U.S. real estate figures will be the real trigger for the recession. The rise in real estate rates is already having an effect on the ground, with price declines observed in certain sectors that had been rising enormously. It's the drop in the number of transactions that has the industry worried.

This recession forecast is undoubtedly leading many speculators to bet on the coming fall in commodity prices. However, this strategy of short selling on commodities is coming up against a problem of physical supply. In metals, reserves on the London Metal Exchange have never been so low, and the latest correction has only accelerated this decline in reserves. 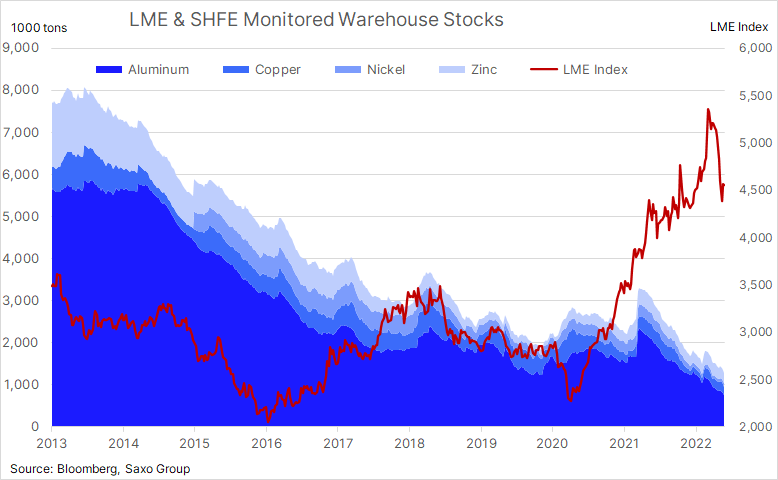 This is what happened in the nickel market last March. I wrote about it in my article: the regulators of the London Metal Exchange (LME) had stopped all trading in the nickel futures market and cancelled the equivalent of more than $4 billion in trades to protect one of the participants who would have dragged down a bank counterparty if the short squeeze had gone ahead as normal. At the time, we wondered who could have been the victim of these cancelled transactions. Who could have seen such a gain melt away in such an arbitrary manner?

Today we learn that it is the Hedge Fund Eliott founded by the influential billionaire Paul Singer. The fund is now asking for almost half a billion dollars in damages from the LME after the March fiasco. When you consider how Paul Singer has been able, in the past, to win resounding lawsuits, notably with Argentina, and to fully recover losses in his sovereign debt investments, there is reason to worry about the future of the LME and the very functioning of the metals derivatives market. In trying to save a whale, the LME has awakened a shark! Speculating on the futures market is becoming more and more risky under these conditions...