On a global scale, central banks and supranational organizations, such as the International Monetary Fund (IMF) and the Bank for International Settlements (BIS), currently hold nearly 34,000 tons of gold as reserve assets (17% of total above-ground stocks).

Although the safety and liquidity of assets are paramount for central bank managers, returns also play a significant role: gold has generated an average annual capital gain of nearly 10% in US dollars since 1971.

Central banks can base their investment strategy on many factors, but the main reasons for recent gold purchases remain increased economic and political risks, as well as low and negative interest rates.

Central bank demand for gold in 2019 was 650.3 tons. This is the second highest level of annual purchases in 50 years, slightly less than the 656.2 tonnes in 2018. In fact, according to the World Gold Council (WGC), 2018 had already marked the highest level of net annual gold purchases by central banks since the suspension of the convertibility of the dollar to gold in 1971, and indeed forever. The WGC relies, in particular, on information submitted to the IMF. 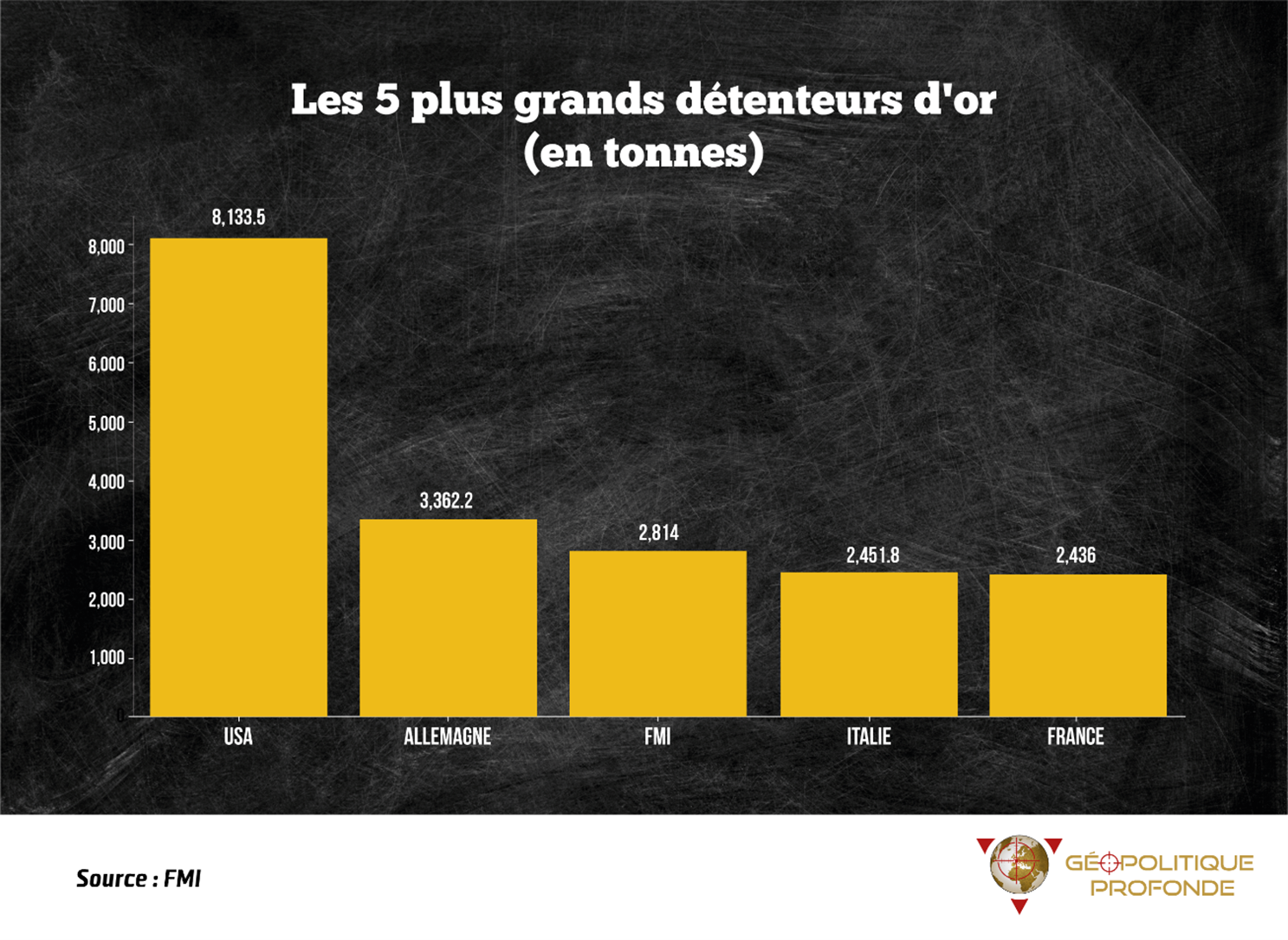 While a slowdown in gold purchases by central bankers was expected to occur this year, they are expected to embark on a gold buying frenzy in the wake of the Covid-19 pandemic, according to a recent WGC report. Fears of a new financial crisis and the growing public and private indebtedness are on everyone's mind.

Central banks also tend to buy gold when they see an opportunity to get the metal at a good price. In practice, this means that they will probably choose to buy bullion on price declines, when the market will not see huge falls or plunges in the long run. Of course, corrections occur regularly during major events, but do not call into question this basic trend in the bull market for gold.

GOLD INSTEAD OF US TREASURY BILLS: THE TURKISH EXAMPLE

Central banks added 21.5 tons of gold to their reserves in January 2020, another 36 tons of gold the following month, with a notable buyer:

So we were still officially in the pre-Covid period. WGC data show that total gold purchases by central banks totaled 139 tons in the first four months of this year, of which 111 tons were attributable to Turkey. This country at the confluence of Asia and Europe is "the strategic pivot of Eurasia" according to the famous geopolitologist, Zbigniew Brezinski. Between land and sea, between Russia and NATO, Ankara therefore has a major weight in international relations.

Its economic positions in recent years, which have been critical of the US dollar and favorable to gold, have been deciphered in the book, "Geopolitics of Gold". Today, the Central Bank of Turkey has become the world's largest buyer of gold, according to Commerzbank. According to IMF data, the Turkish Central Bank increased its gold reserves by 890,000 ounces (27 tons) to reach a record 21.28 Moz of gold (667 tons) last May. And since the beginning of the year 2020, the Turkish Central Bank has acquired a total of 139 tons of gold.

As a result, Ankara has overtaken Moscow as the world's largest buyer of gold, fearing that it will be excluded from international (dollar) settlements, particularly due to the cooling of its relations with the United States in recent years. Like Russia, Turkey has recently seen its foreign exchange earnings decline: tourist spending, a key driver of its economy, fell with the coronavirus epidemic and the Turkish lira traded at its lowest levels ever in recent months.

If the demand for gold continues to be strong for central banks around the world in early 2020, the same cannot be said for U.S. Treasuries. The month of March was significant, as foreign governments and central banks conducted a massive sale of Treasury Bills. Foreign T-bill holders effectively defaulted more than $100 billion in the three weeks up to March 25, the largest monthly decline ever recorded. 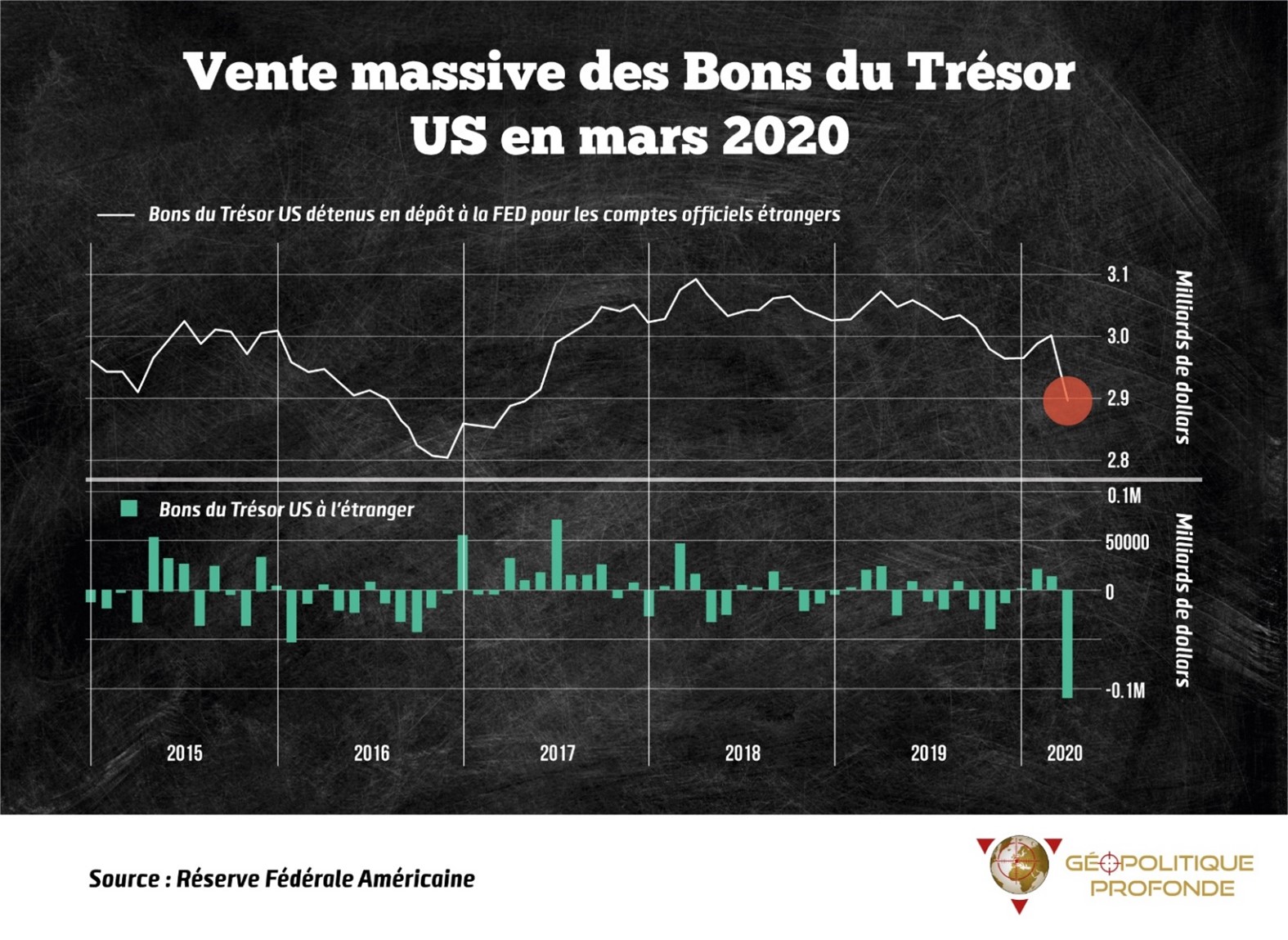 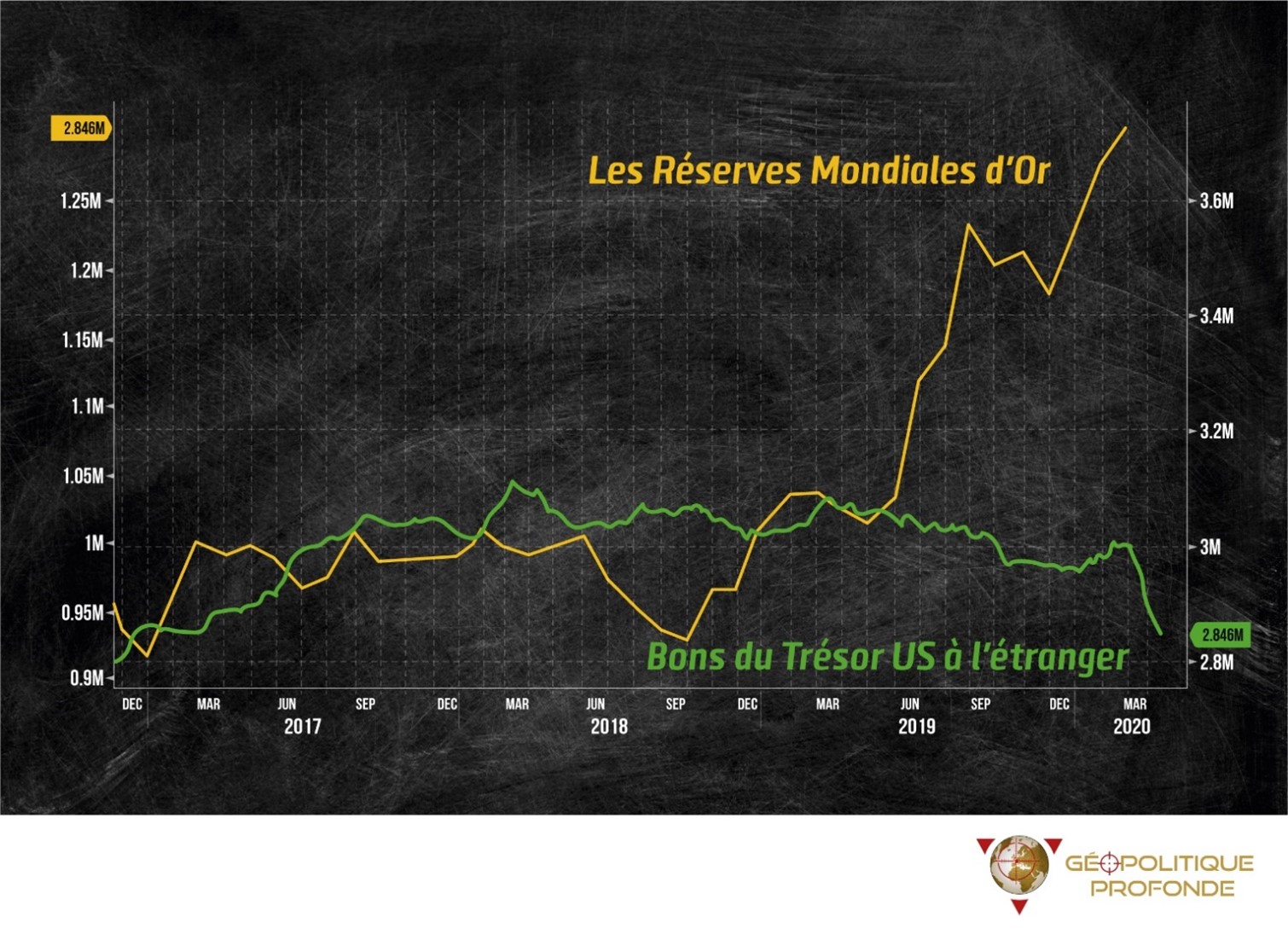 Replacing U.S. Treasury bills with gold is a deep and significant trend for central banks around the world.

This relative but real de-dollarization is also a good reason for the U.S. Federal Reserve to massively support its bond market, in other words, the indirect financing of the economy, with the printing press (quantitative easing).

Russia actually obtained more foreign currency from its gold exports than from its gas exports for the first time in the country's modern history. Russia sold a total of 65.4 tons of gold abroad worth $3.55 billion in April and May. In comparison, gas exports fell to only $2.4 billion in the same period, the lowest level since 2002.

WHAT DOES CHINA HAVE IN STORE FOR US?

From 2009 to 2015, the Chinese government did not provide any updates on its gold holdings. Then it suddenly announced a massive 57% jump in its reserves. China bought nearly 3.2 Moz of gold (100 tons) in 2016 and has not officially accumulated anything since 2019. Given the geopolitical dynamics of recent years and the trade wars, it seems unlikely, however, that the Chinese had suddenly stopped increasing their gold reserves in 2016. 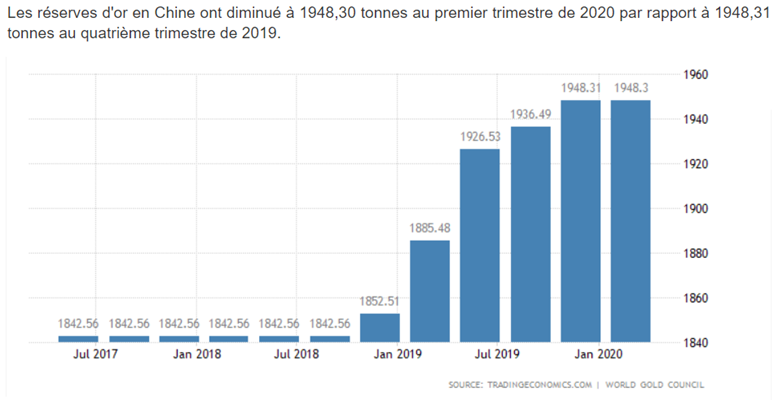 This means that the Middle Kingdom would need to acquire at least 124 Moz (3,850 tons) this year to reach Zhang Bingnan's optimal rate. The Chinese would thus reach a reserve ratio very close to that of the United States. According to an analysis of the Standard Chartered Bank, China should therefore buy the equivalent of two years of world gold production to achieve the diversification it seeks. Officially, we are therefore rather far from this prospect, but if the ambition materializes, this gold rush and these massive purchases cannot be hidden.

As of August 2020, the People's Bank of China has not reported any gold purchases for almost a year. As we have seen, it is not unusual for China to remain silent on the subject and then suddenly announce a sharp increase in its reserves. For several years now, many analysts have been suggesting that the Chinese Communist Party is actually hiding much more gold than the official statistics show. As noted by renowned analyst Jim Rickards in 2015, many people speculate that China keeps several thousand tons of gold "unofficially" in a separate entity called the State Administration for Foreign Exchange (SAFE).

The problem with China is therefore both that it does not update its gold reserve figures very often and that when it does, their accuracy is impossible to verify.

The Reserve Bank of India (RBI) purchased 40.45 tons of gold during FY 2019-2020, bringing its total yellow metal holdings to 653.01 tons. As much as 360.71 tons of gold is held abroad by the Bank of England and the Bank for International Settlements (BIS), while the remainder is held domestically. India has been slowly but steadily increasing its reserves in recent years. But it is the amount held by Indian households that is most often focused on.

Undeniably, the turning point for gold is currently being made in Eurasia, while the demand for gold by the world's central banks fell by 50% in the second quarter to 114.7 tons, according to the WGC.