It is difficult to talk about current events without mentioning the situation in Ukraine. Those who hope to find an investment strategy in gold in relation to geopolitical events in this article may be very disappointed. I assume that geopolitics acts as a very short-term element, and that it is therefore difficult and perilous to try to find entry points into this market on the basis of news that may or may not reinforce the chances of a major conflict. This is, of course, not the purpose of this article, which instead tries to focus on the fundamental reasons for the upcoming rise in precious metal prices. The war that has just started in Eastern Ukraine (it has never completely gone away since 2014...), with its phases of tension and relaxation, will be used as a bullish or bearish argument on gold prices. On a more global perspective, this conflict is part of a general movement of distrust towards the dominance of the dollar on international trade, a bullish element for gold in the long term. This is certainly why we have seen such a large wave of physical gold buying by peripheral central banks of the Western bloc over the past two years.

Putin Continues His Fight Against The Dollar (Julien Chevalier)

In May 2017, the head of the Fed's New York office claimed that the dollar remained- and would remain -the queen of currencies and that gold no longer had any monetary role. 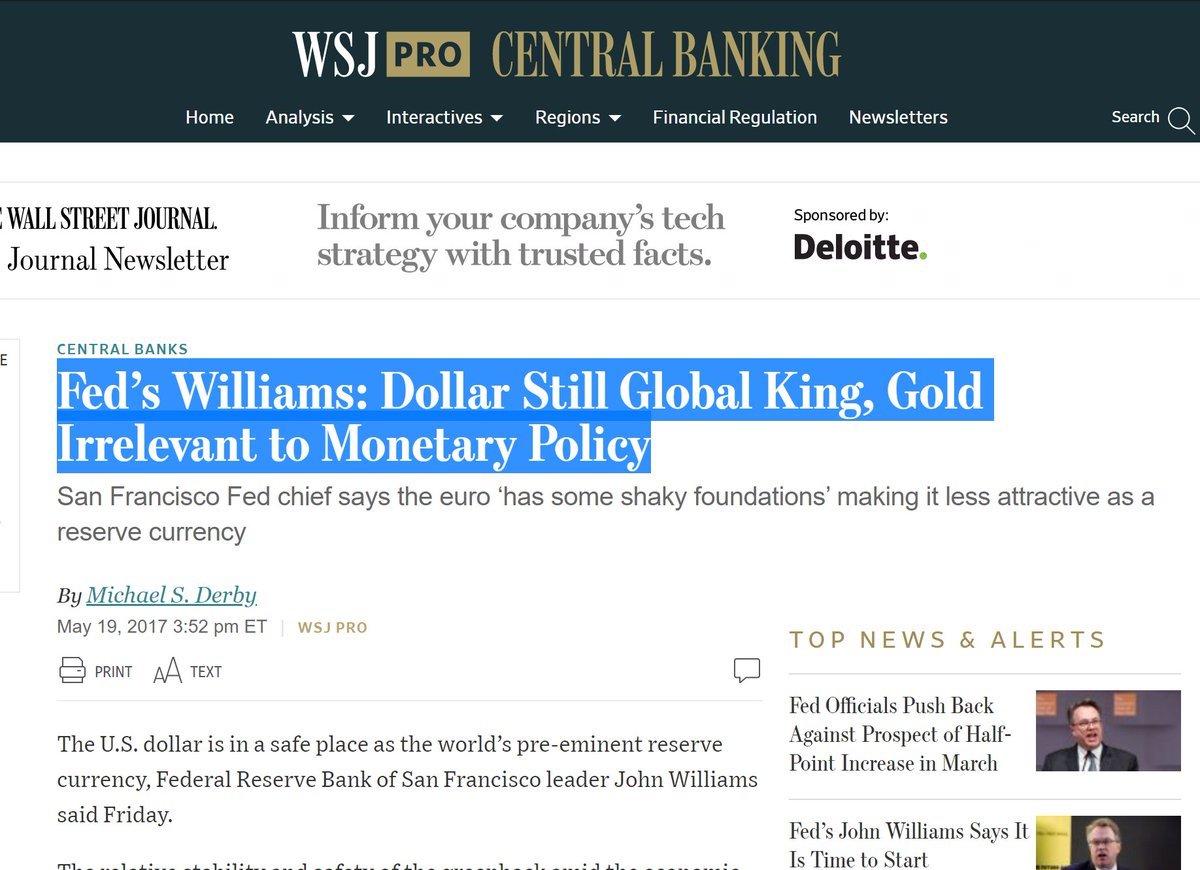 Five years later, not only has the dollar lost ground against other currencies (the DXY index is down 13%), but gold has been massively bought by many central banks. The price of gold has even risen by more than 50% over this period...

The conflict in Ukraine and Putin's changing and more aggressive attitude are the translation of this mistrust and a weakening of the place of the "king dollar" as John C. Williams called it.

This new environment of geopolitical tensions adds to a situation not seen since the post-war period. The level of inflation is even higher than during the last oil shock in the 1970s. This environment is very favorable to gold. The geopolitical context amplifies the uncertainties, but it is above all the absence of a central bank strategy to fight inflation that is favorable to the yellow metal.

In Germany, the PPI index is up 25% year-on-year, even more than expected. The rise is due to the explosion in energy costs, but this figure also hides an unexpected contagion to the other compartments of this index, less related to energy costs. Last month's large PPI figure was explained almost exclusively by rising natural gas costs. That is no longer the case this month. Inflation is spreading to all compartments of the index.

The inflationary shock we are experiencing is in no way comparable to that of the 1970s, which was much more measured: 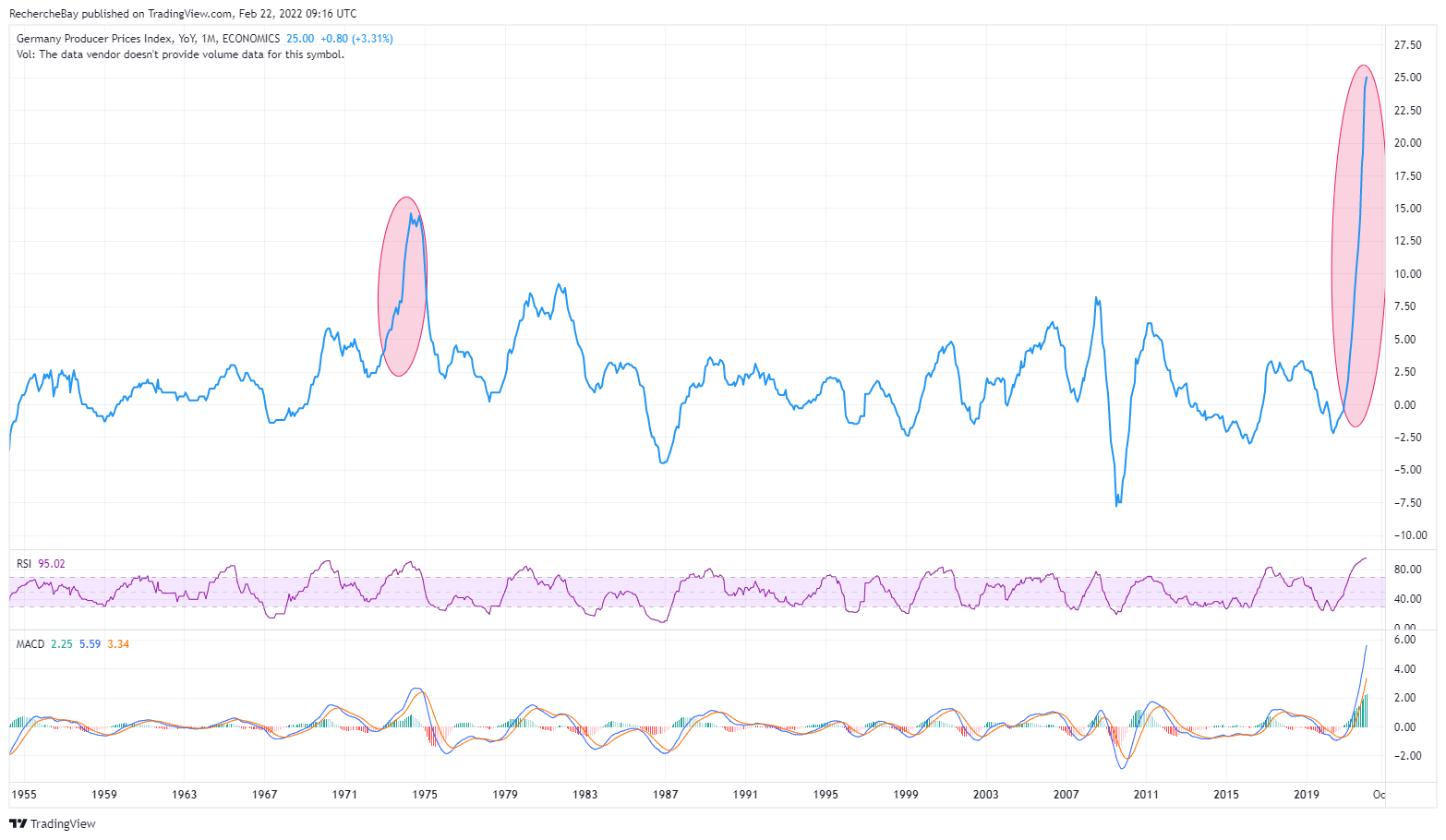 The shock of the early 1970s took more than seven years to resolve, only with the help of a very aggressive policy of raising rates. The curve of this index will very logically turn around in the coming months (unless there is a hyperinflationary catastrophe). But even if the PPI index were to fall back sharply, the consequences of the current shock will have a very clear impact on the CPI indexes and therefore on consumer inflation. Inflation is a difficult animal to tame, especially when its perception spreads to the real economy, with a risk to wage demands. In previous inflationary shocks, central banks were much quicker to react. They are already very late and it is not an announcement of a +0.25% or even +0.5% increase in the Fed's prime rates that will significantly make up for this delay in inflation.

The lag is such that, from now on, technically, any Fed forecast below 7 successive rate hikes will be considered "dovish" speech! James Bullard's aggressive statements have set the bar very high, and the bond market is now anticipating an accelerated rate hike.

The real battle to be waged is not in Ukraine but on the inflation front. And what is happening there is much more sensitive to our immediate environment.

In these articles we have talked about the real consequences of inflation on industry, on wage levels, on energy supply, on transport and on the whole supply chain.

This week, let's look at the effects of inflation on the real estate market.

I'm focusing on this sector following a survey recently posted by one of my connections on LinkedIn:

"What would be the best way to preserve purchasing power over a 10-year horizon? 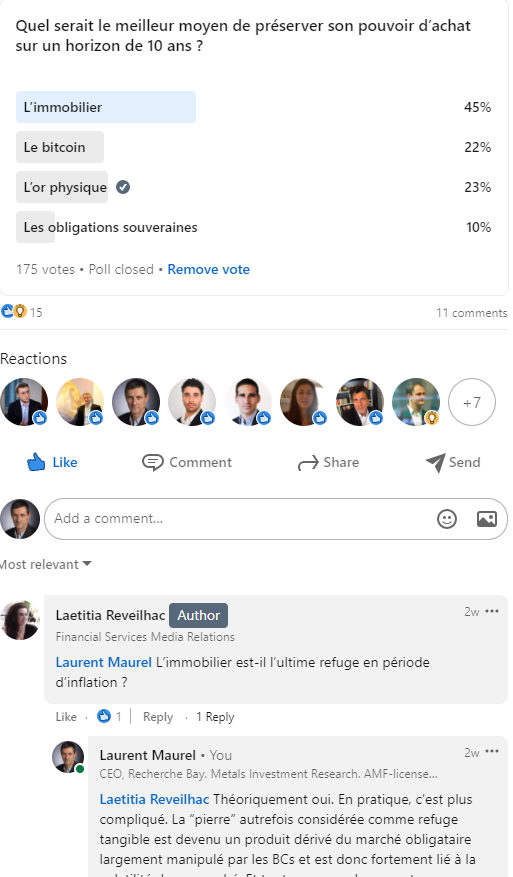 A sizable majority (45%!) of voters consider real estate to be the ultimate refuge from the inflationary shock.

This impressive figure prompted me to study the effects of the current situation on this sector.

Real estate as a refuge from inflation?

This has been true for the past two years, with real estate being one of the big winners of the crisis. But that could change starting this year.

The arrival of inflation and higher interest rates are changing the game.

Observing the U.S. real estate market is very useful in these periods of changing cycles.

The US market is much more sensitive to rising rates.

The 30-year borrowing rates have risen sharply in the last few weeks, which is quite logical given what is happening in the U.S. long-term interest rate market. 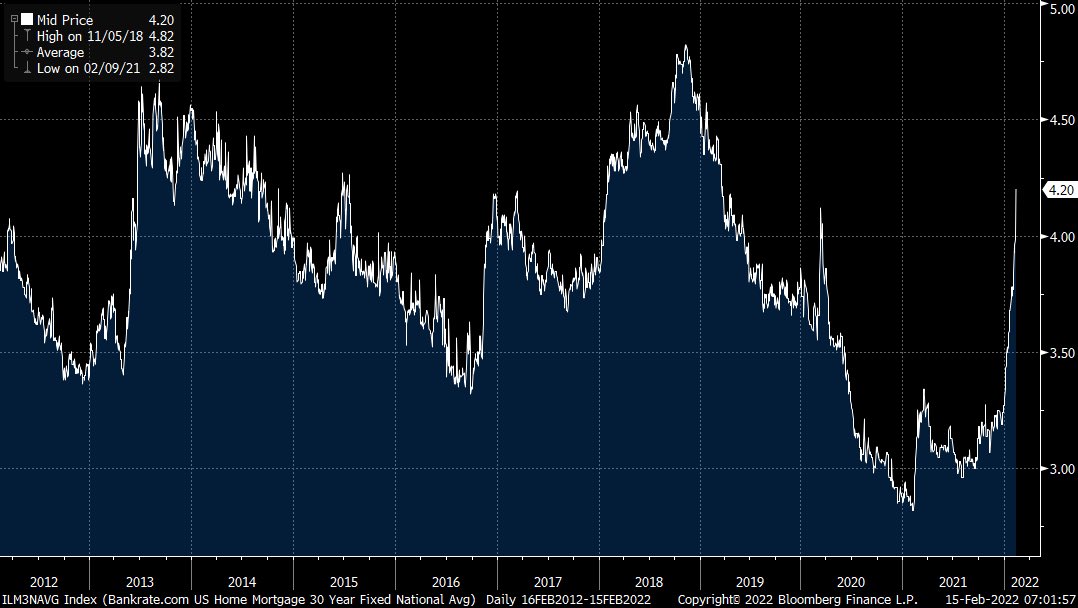 All new homeowners who used a variable rate financing plan and put down between 10% and 20% are already underwater. Those who bought with full financing can still change their minds and resell at a fair price, provided the health of the sector and the level of sales continue. But here again, inflation is making things more complicated.

The inventory of homes under construction in the U.S. has not been this high since the last inflationary shock. 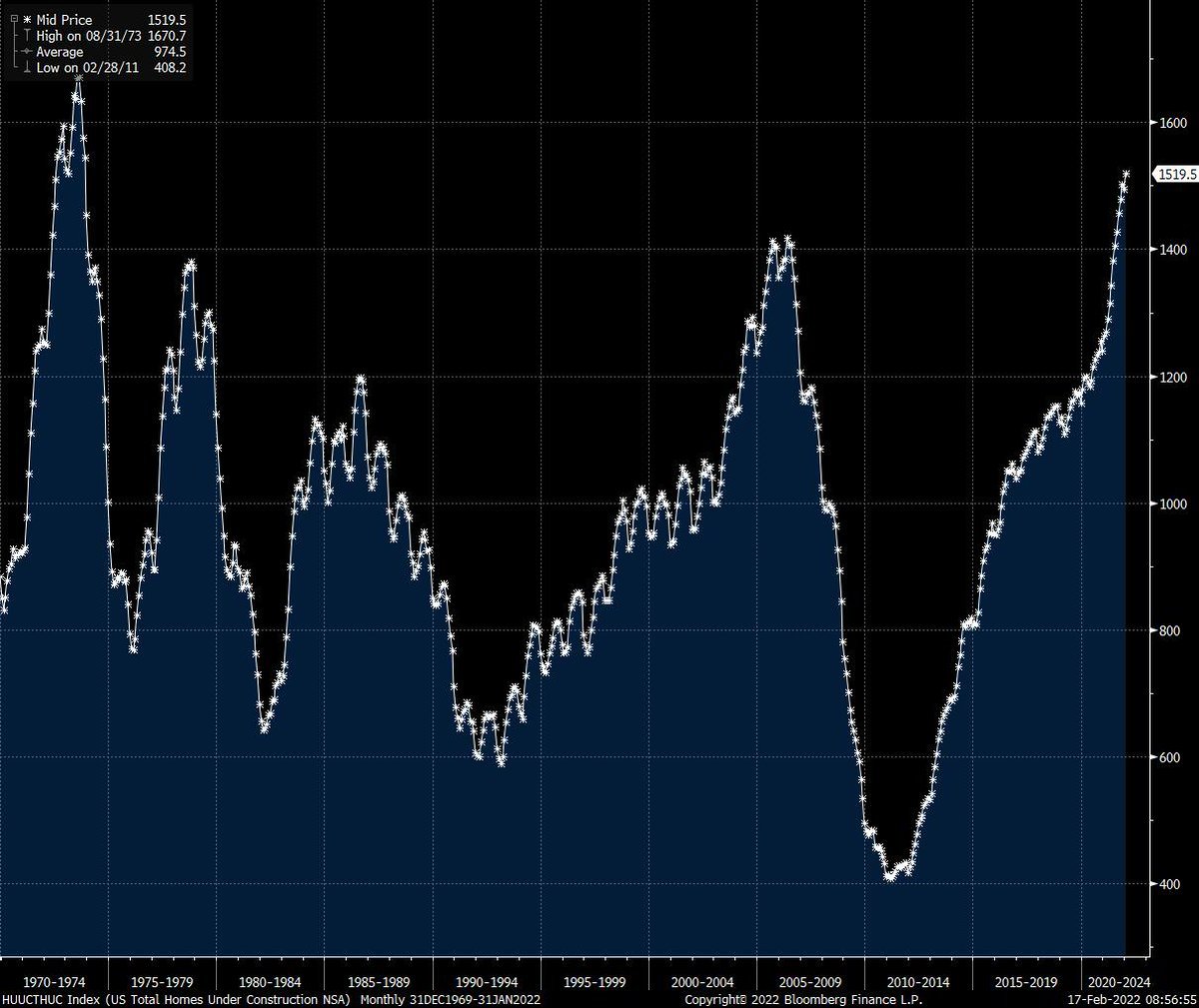 Construction times are getting longer, in part because of the backlog in the production line, a consequence (not a cause!) of inflation.

The gap between the number of completed homes, permit applications and new construction is constantly increasing 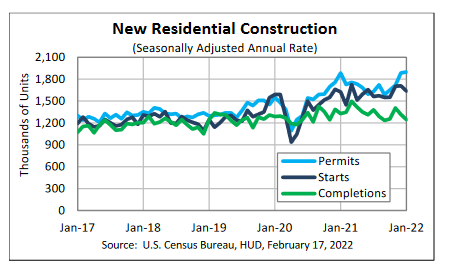 The real estate dream is still there! The idea of stone as a refuge is alive and well. Real estate projects are not decreasing (as shown by the LinkedIn survey, which is very favorable to the sector). Credit applications for real estate projects are even up by nearly 4% over the past week. But the gap is widening between desire and reality. On the ground, things are more complicated.

The New York Times reported last week on the problem of the supply of garage doors, which is blocking the issuance of certificates of completion and substantially lengthening the inventory of new homes that have become unsellable.

Longer lead times are holding up sales and increasing future inventories, which is weighing on the sector's prospects.

More and more people are buying with no down payment: the margin effect is as strong as it was in 2006, just before the last real estate crisis.

Price levels are even higher than during the last crisis.

As in 2006, the demand that was kept artificially high due to near-negative interest rates is fading away. Even if the desire to build one's dream home is still there, the transition from dream to project is now coming up against rising rates.

The situation is even riskier than in 2006:

The rise in prices until December was very (too?) intense. Some cities recorded increases of more than 30% over one year... 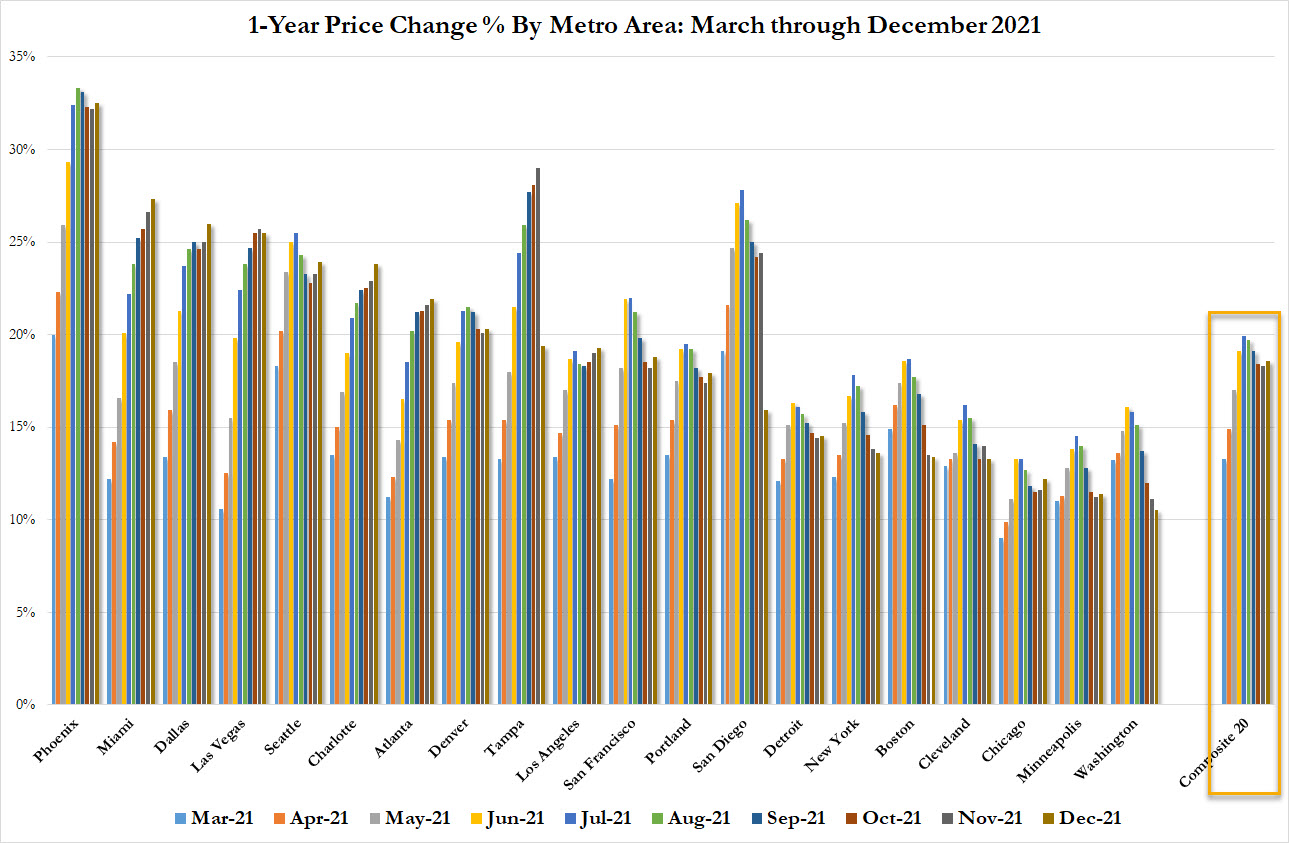 This latest surge poses an increased risk of a near-term price correction. 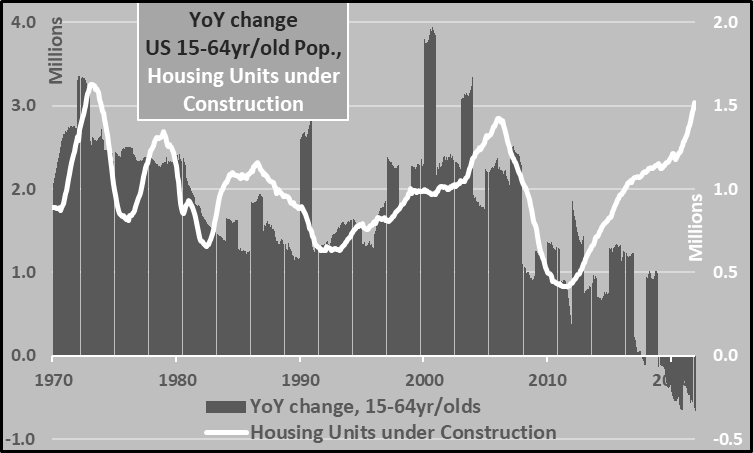 All of these elements put together are starting to have an impact on new home prices.

Since the beginning of the year, we have seen a drop in prices, even though the price of building materials is still rising! 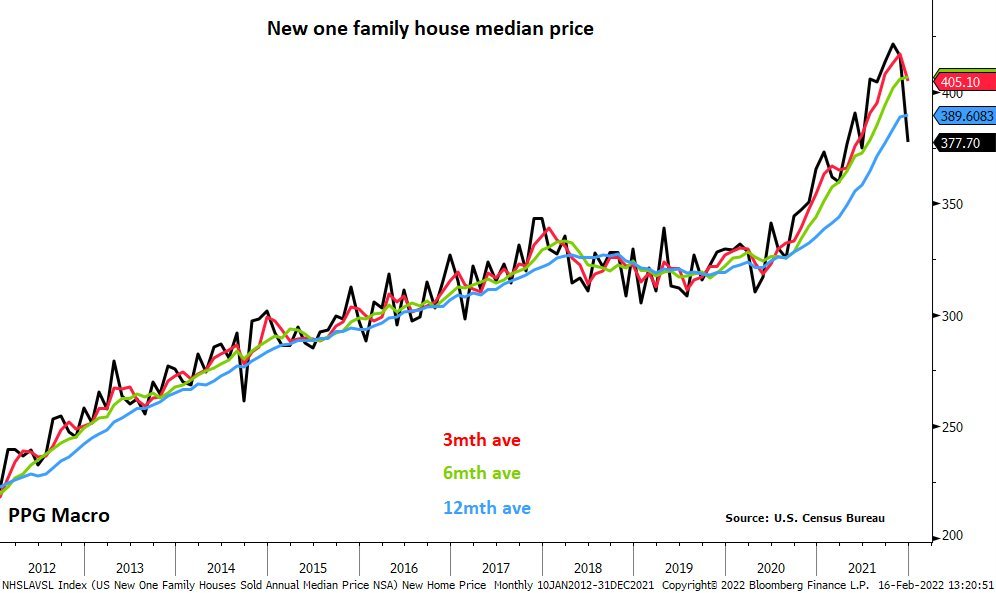 This paradox is difficult to explain without looking at the organic reasons for the rise in real estate over the past few years. Higher interest rates and the consequences of inflation are now gas pedals of the real estate decline, and it is with this data that the real estate "refuge" must now be considered. What was still a "safe haven" against inflation in 2020/2021 may instead drive investors away as early as 2022.

But let's come back to the gold and silver market to conclude this article.

Gold has broken all its resistances with impressive volume, unseen since the beginning of this same consolidation started in the summer of 2020.

$1,830 is now the downside support. It is the first target for selling positions that have just opened. 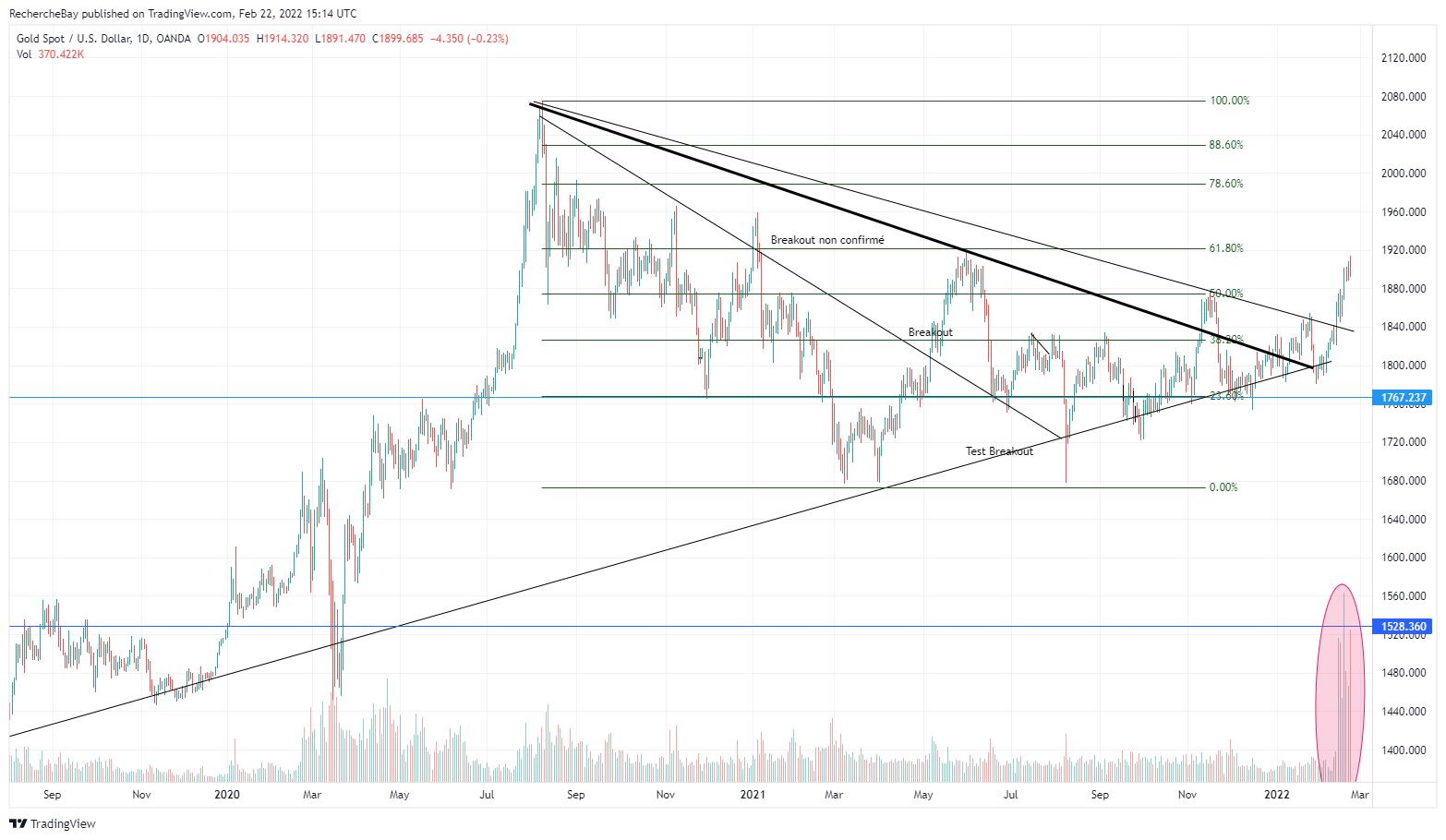 Above $1,930, a significant short squeeze would allow gold to fly to its highs.

Silver is breaking out of a short-term consolidation corridor, but in a timid manner.

The breakout from the consolidation line is at much higher levels. Silver's true breakout is at over $27! Gold is leading the way, has yet to confirm its recent breakout and as is often the case in these conditions, the miners are underperforming, especially the silver producers. Doubt is still very much alive in this mining sector... 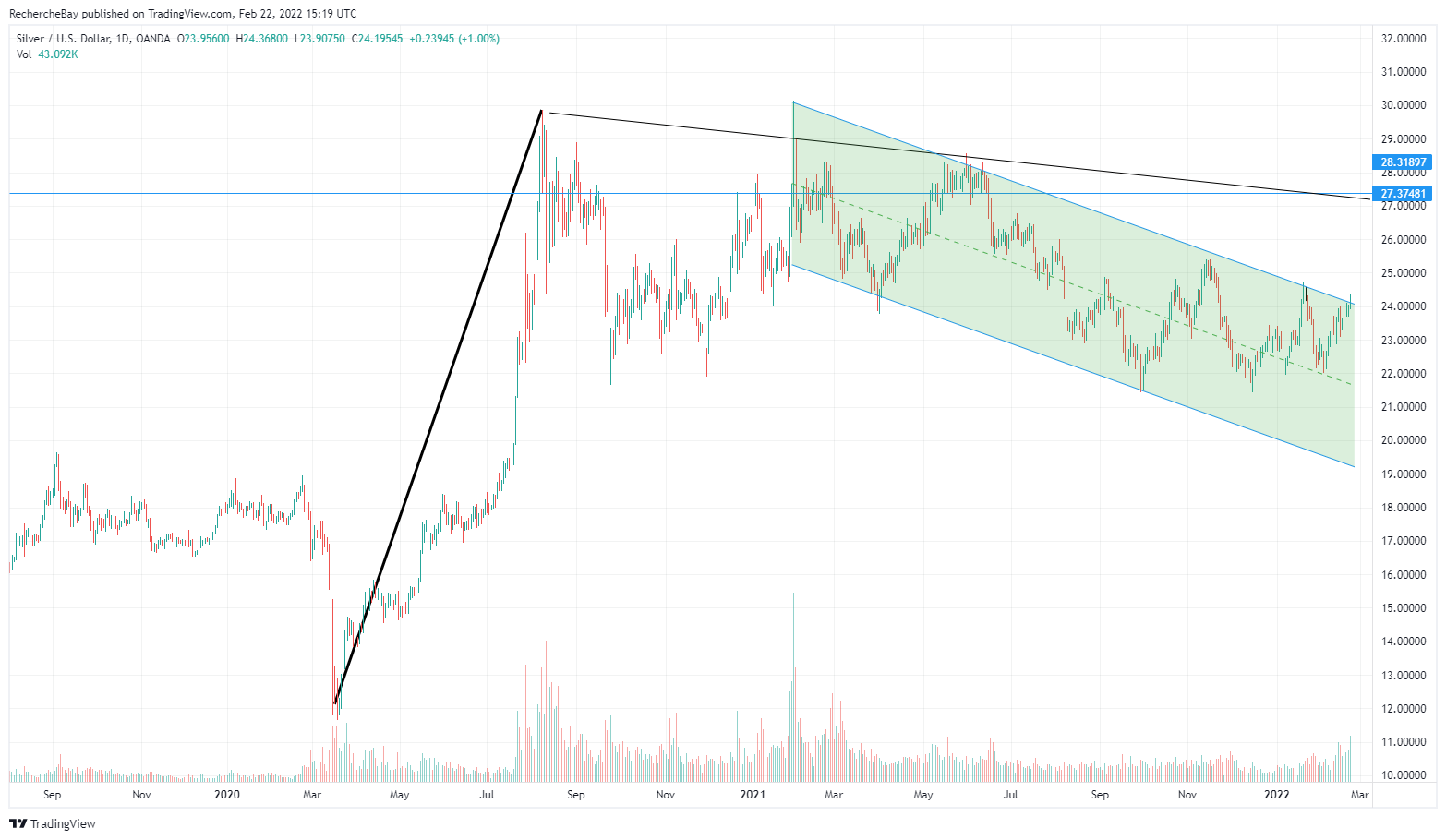